Lewis Hamilton has been told be will not be fined or penalised for breaching the sport's ban on wearing jewellery while driving in Formula 1 sessions at Miami and Spain.

The FIA has decided to clamp down on existing rules governing what drivers can wear in the cockpit, which includes stipulations on acceptable underwear and a total ban on jewellery due to safety concerns in the event of an accident.

The Sporting Regulations have long contained a prohibition on certain jewellery items but the rule has rarely been enforced until now. Hamilton has taken exception to this change, and responded by saying that he had been wearing jewellery for the entire 16 years he had been racing in F1.

"In the car I only have my earrings on and my nose ring, which I can't even remove," he added on Friday morning in meetings with the media at Miami.

He even threatened to pull out of this weekend's Grand Prix if new race director Niels Wittich decided on a strict enforcement of the rules, which could see Hamilton fined for a 'first offence' with escalating penalties for each successive failure to comply with the ban.

Porsche's Pascal Wehrlein and Jaguar's Mitch Evans were each given a penalty point for wearing metal chains in last week's Formula E Monaco E-Prix race together with a suspended €1000 fine that will come into effect if they commit the same offence again.

Heading into this weekend's race, all teams have been required to return a scrutineering self-declaration that their drivers conform to the rules on underwear and jewellery. However Mercedes' initial document made so much assurance about Hamilton.

But a note from the FIA issued before Friday’s first practice session said that Mercedes had completed the scrutineering declaration with Hamilton now considered in conformity with the rules, after the governing body decided to avoid a direct confrontation with Hamilton at Miami. 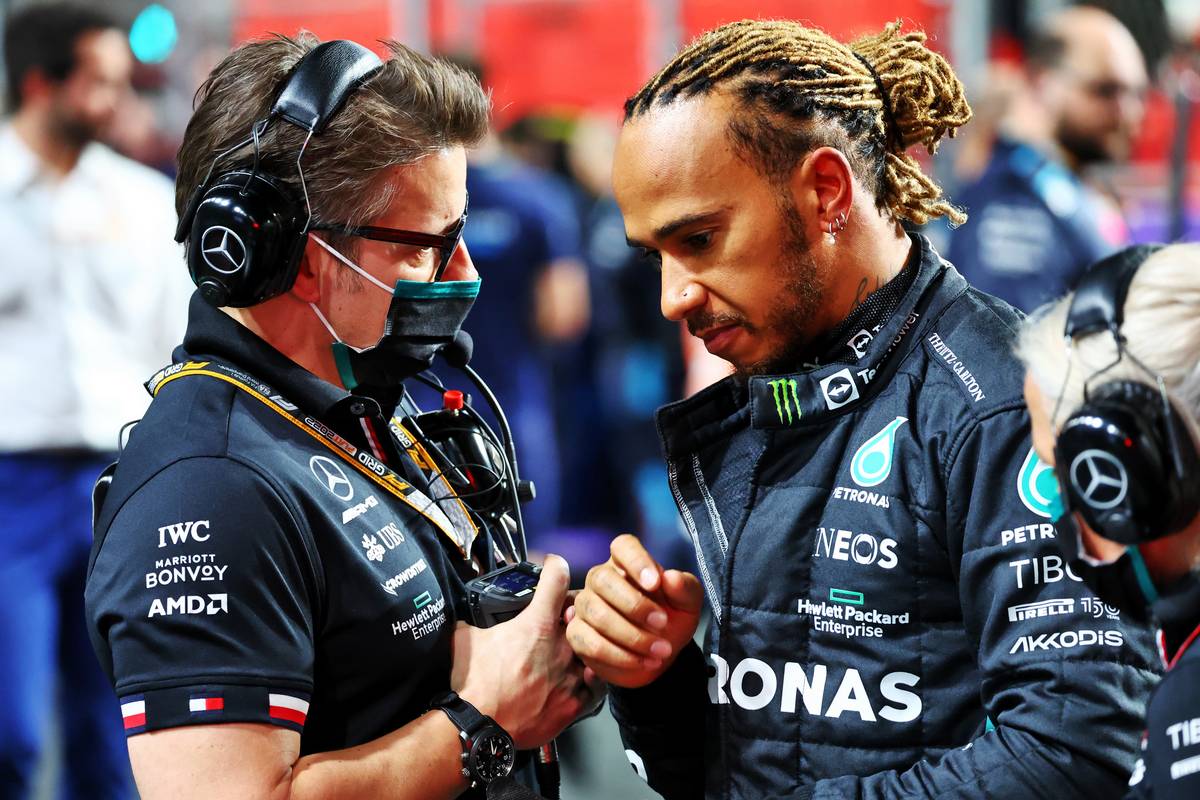 Hamilton has removed the earrings but will keep the nose ring for now after he was granted a two-race grace period to make the necessary changes required to address 'unremovable jewellery' which has been described as 'welded in'.

It's believed that he will be allowed to keep the nose ring for Spain, but will then have to ensure that he conforms to the rules in time for ehe Monaco Grand Prix the following weekend.

Hamilton has previous said that Mercedes could always turn to a reserve driver in the event that the FIA prevents him from racing, but team boss Toto Wolff was more conciliatory over the issue.

"I think it's important to remember why wearing any kind of jewellery is not permitted in the regulations, and that is to avoid injury," he said on Thursday. "It can cause an injury and I think all of us don't want to see an accident, freak accident, where suddenly there is a follow-on injury from jewellery.

"That's why the FIA, at the moment, is trying to draw a line in the sand," he said. "I understand where they're coming from."