Despite finishing in third place in the inaugural Miami Grand Prix, Ferrari's Carlos Sainz admitted that he had "been better" after revealing that he was still suffering from neck pain as a result of his Friday accident.

Sainz hit an unprotected concrete barrier in turn 14 at the Miami International Autodrome during FP2. Alpine's Esteban Ocon had a similar crash on Saturday, suffering a 51G impact that cracked the chassis of his Alpine which kept him out of qualifying.

Sainz was more fortunate and proved able to take part in all the subsequent sessions following his own accident, going on to qualify for the race in second place alongside team mate Charles Leclerc to make it a Ferrari 1-2 front row lockout.

However, lining up on the dirtier side of the grid today meant he was unable to stop Max Verstappen from sweeping around him at the start of the race.

But he then did well to fend off Sergio Perez in the closing laps of the afternoon, even after Red Bull used a late safety car period to pit Perez for a fresh set of mediums allowing him to close right up on Sainz for the restart.

"It's been a tough race with the tyres, with the heat. The car was moving and sliding a lot," Sainz told the media in parc ferme immediately after the end of the race. "It wasn't easy at all.

"Especially with Checo on the end on the medium tyre," he continued. "It was very difficult to keep him behind but we managed to keep the podium, which is a decent result.

"In the end we got what we deserved, I think, which is a decent P3," he insisted. "We can build it up from here. I want more but it's not bad." 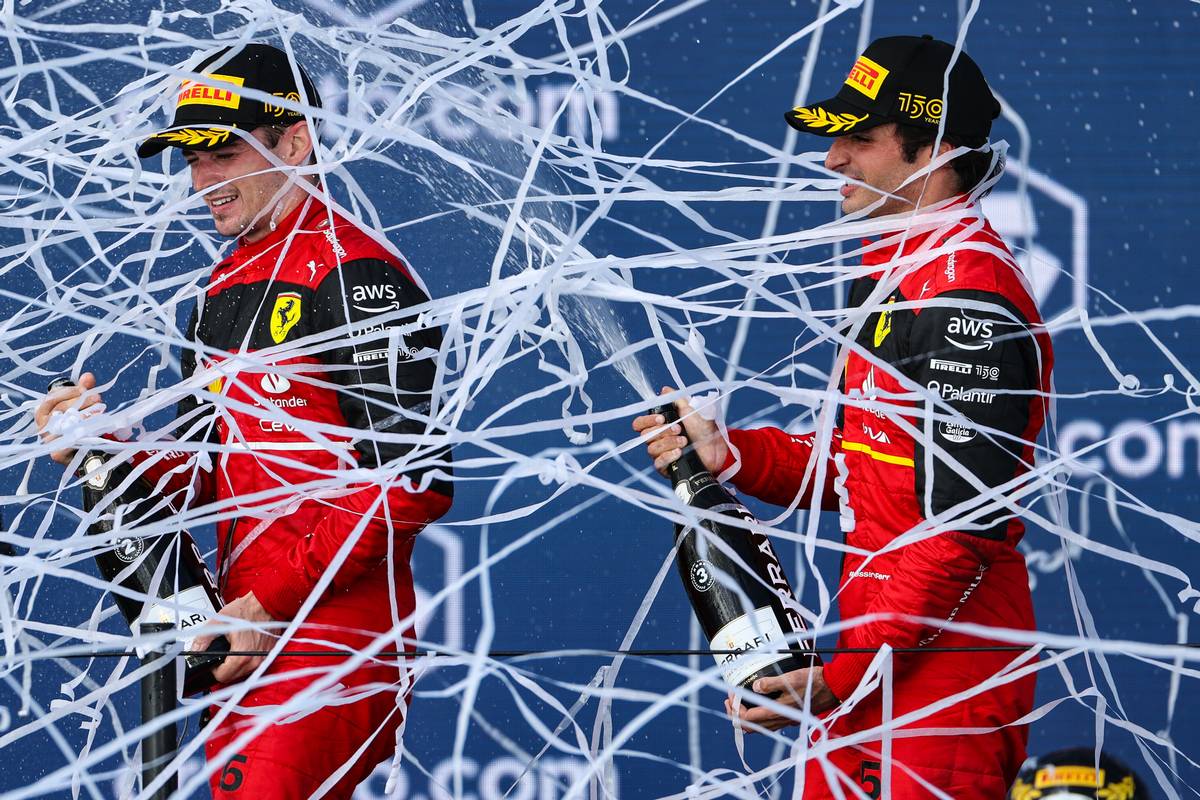 Asked how he felt after one of Formula 1's most gruelling races of recent years due to the nature of the track, the high temperatures and the excessive humidity in southern Florida, Sainz admitted it had been a struggle today.

"Obviously, after the crash from Friday I still had a bit of a neck pain going into the race," he said.

"I've been better," he added. "But I had to manage it and I fought through it."

Finishing on the podium in Miami will be a relief for Sainz as it puts an end to a recent run of bad luck, even before his heavy accident in Friday's practice session.

He's yet to claim his first win for Ferrari and has fallen behind Leclerc in the opening races of 2022 after two consecutive DNFs.

But he's still a solid fifth place in the drivers standings with 53 points, putting him ahead of Lewis Hamilton, Lando Norris and Valtteri Bottas.

Meanwhile Leclerc continues to lead the standings, although his lead over Verstappen is down to 19 points after he finished today's race in second place to the reigning world champion.

'No plans to take up boxing' after tough Miami bout - Verstappen