Fernando Alonso says a key piece of information gathered during the drivers' parade in Miami helped him produce a blistering opening lap at the start of the race.

Alonso lined up on the grid P11 but automatically gained a spot thanks to Lance Stroll's pitlane start. However, when the lights went out the Spaniard was on a tear.

The Alpine charger overhauled Yuki Tsunoda, Lando Norris and Lewis Hamilton to clock in seventh at the end of the first lap.

Alonso had gained the upper hand over his three rivals by opting for the outside line through the first complex of corners. 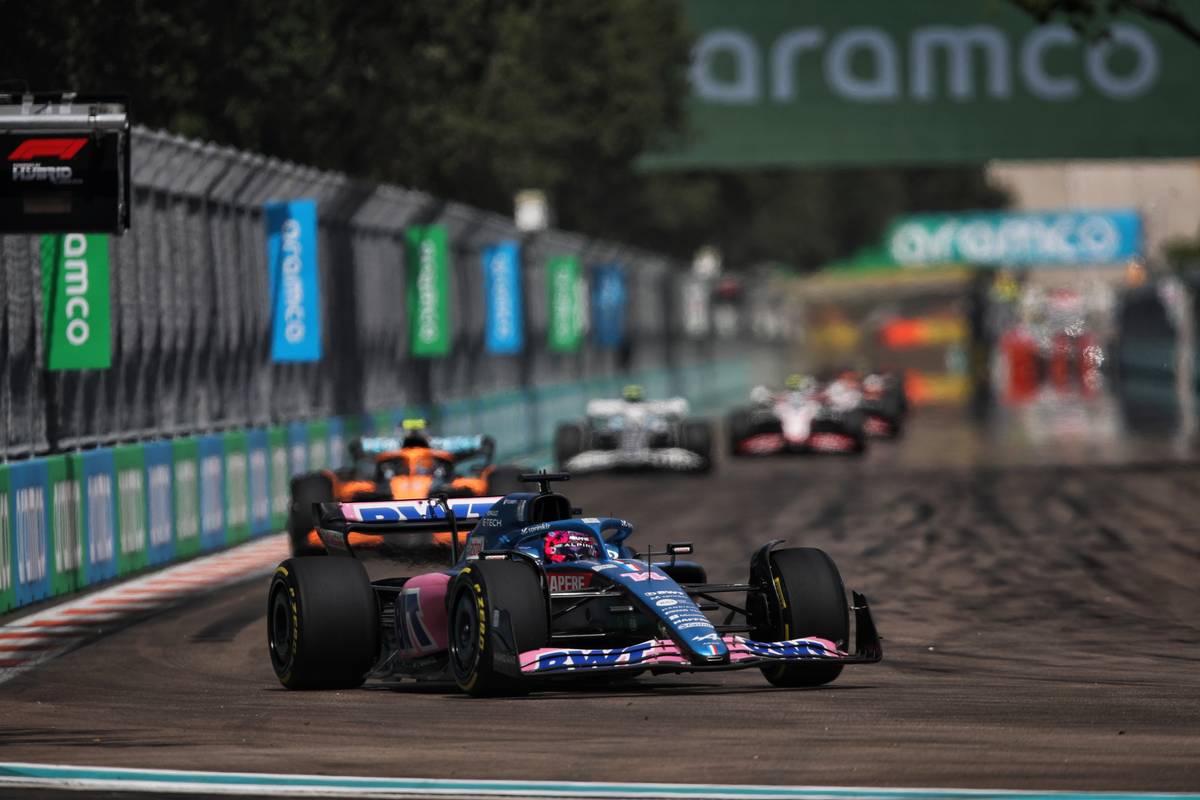 "I had a good start, but then I chose to go on the outside on Turn 1," Alonso explained.

"So I said I will go on the outside on Turn 1. They were all braking very carefully on the inside, and I made a couple of places there."

Unfortunately, P7 was as good as it got for the two-time world champion who fell behind Hamilton before later involving himself in a flash point with Pierre Gasly for which he received a five-second penalty.

But Alonso then collected a second five-second penalty for leaving the track and gaining an advantage. The 40-year-old owned up to his mistakes.

"We were a bit unlucky with the timing of the Safety Car and some others were quite fortunate," he said.

"We were probably in the fight for seventh or eighth without it. I then made a mistake when I tried to overtake Pierre, which was my fault and I apologise.

"We were ready to give back the position, but he was in the pit-stop at that time, so I had to pay those five seconds."

Ferrari explains decision not to pit drivers under late SC