Alex Albon scored in Miami his second top-ten finish of the season, an impressive result that involved a pledge by his Williams crews that he has every intention of seeing them uphold.

Ahead of last month's Australian Grand Prix, Albon dyed his hair red in solidarity with a group of children from an orphanage he had visited in Thailand who were supporters of Liverpool football club and who had painted their hair red.

The tribute delivered a bout of good fortune to the Williams charger who scored his first championship point with his new team in Melbourne.

After finishing just outside the points at Imola, Albon added more red dye for Miami while his crews committed to also painting their hair red if he succeeded in scoring a top-ten finish in Florida. 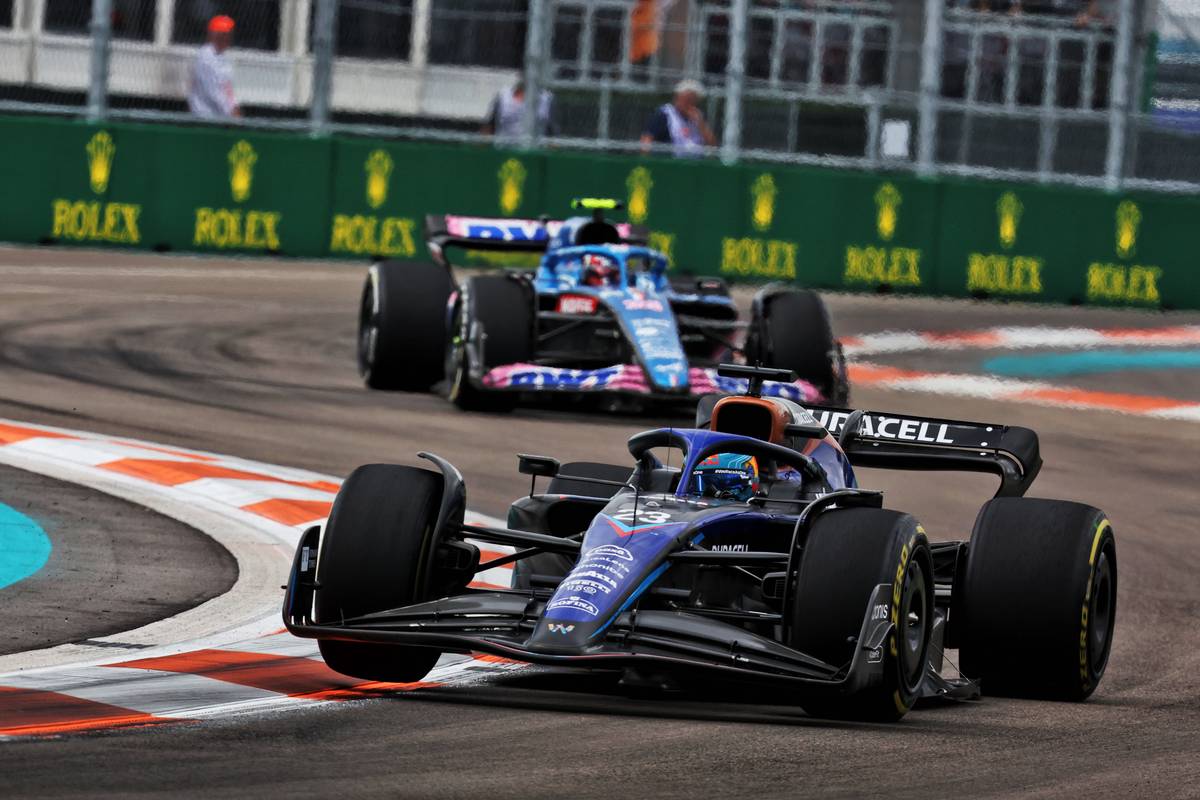 And lo and behold, the Anglo-Thai racer racked up two more points at the Miami International Autodrome after a spirited drive to P9, and unbeknownst to many he did it on the 45th anniversary of the F1 debut of Williams Grand Prix Engineering, an event that took place at the 1977 Spanish Grand Prix in Jarama where the team entered a March-Ford for Belgian driver for Patrick Neve.

"No upgrades are ever needed, you just need to dye your hair. That’s all it is," joked Albon, talking to Sky F1 after the race.

"We got it dyed before Melbourne and we finished 10th and then as the dye faded away, we finished 11th In Imola.

"So it started to affect the performance. So, we re-dyed it, hoping for more points."

But the hot and sweaty conditions left the Williams driver with a grisly sight when he took off his helmet and balaclava.

"My balaclava is like soaking red, it’s bright red," he said. "All the dye has leaked. It looks like I’ve been beheaded!

"We did say that if I scored points this weekend the whole team were going to dye their hair red. I just went to the engineering room and they’re all starting to backtrack their comments like: Ah no, it was a podium’."

Red pigments and hair colorations set aside, Albon felt that both team and driver are "on the rise" with each passing race.

"I just feel I’m doing a better job than I was a couple of years ago," commented the 26-year-old.

"I’ve had a year to address the places I want to work on and mature. We’re on the rise and myself as well.

"I feel like I’m improving every drive, I’m more experienced than I ever was and I’m feeling pretty good."