Carlos Sainz says his performance in the Miami GP suffered from him not being able "to push 100 per cent", the Ferrari charger still feeling discomfort from his crash in FP2.

Sainz hit an unprotected concrete barrier in Turn 14 at the Miami International Autodrome during Friday's second practice, and subsequently complained of neck pain.

Despite the soreness, Sainz crossed the checkered flag third in last Sunday's race, but the Spaniard had been hard pressed during the event to hang on to his Scuderia teammate Charles Leclerc, let alone to race winner Max Verstappen.

Sainz says his efforts in the race were impacted by his car's balance and tyre management in the blistering heat, but even more so by his need to manage his neck pain.

"The balance was tricky because we couldn’t keep up with Max and the Red Bull," he explained. "From my side it was more not feeling 100 per cent physically towards the end of the medium stint.

"Already, the last five laps I started to feel a bit tired on the neck and I couldn’t push 100 per cent coming from the crash on Friday."

Sainz made clear that he did not want to use his physical fitness as an excuse, but the 27-year-old said that his pair of first lap retirements in Melbourne and at Imola had likely weakened somewhat his neck and body.

"I will not use it as an excuse, it’s just a matter of maybe lacking the last two races to get the neck and the body used to these F1 cars," he said.

"Obviously, I have been a month without doing a full race distance and probably that combined with the crash on Friday just made me not being able to push 100 per cent up until the Safety Car more or less from the medium stint." 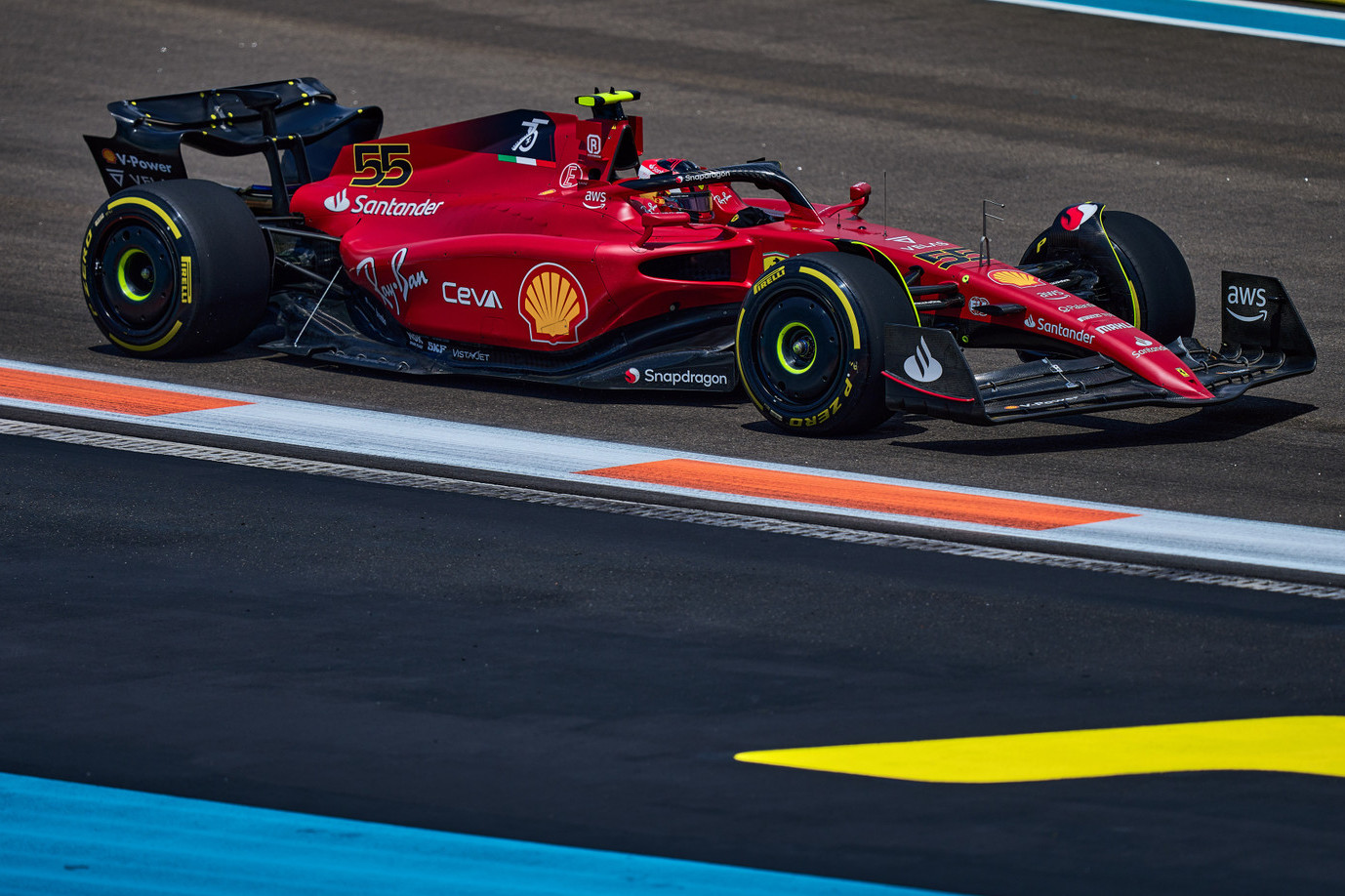 Nevertheless, Sainz felt that his podium in Miami has provided him with a boost of confidence after his recent setbacks.

“It’s not so much a relief – but it’s needed,” he said. “I think I needed to complete a race distance, to get the body back to shape, and also get the feel for the car on used tyres, high fuel.

“I was still doing a couple of mistakes out there during the race, just because I was trying the car and trying myself out there.

“The important thing is that we got a full race in. But at some stages of the race I was pretty quick and also the battles and the feeling with the car in battle with Checo [Perez] - you know what to do with the battery, with the tyres - I think it gave me a good understanding of what to do in the future."