Guenther Steiner cast an unhappy figure after Sunday's Miami Grand Prix, the Haas boss ruing a missed opportunity for both his drivers to score points in Florida.

After a difficult qualifying that left Mick Schumacher and Kevin Magnussen respectively P15 and P16, both drivers managed to navigate their way towards the first half of the field on race day.

With five laps to go, after the late safety car period, Schumacher looked set to achieve his first top-ten finish until a collision with Aston Martin's Sebastian Vettel blew up that ambition.

As for Magnussen, the Dane lost ground when he requested a fresh set of tyres - against his team's advice - during the race's neutralization, but managed to put himself on the verge of the top-ten only to clash with Lance Stroll two laps from the checkered flag. 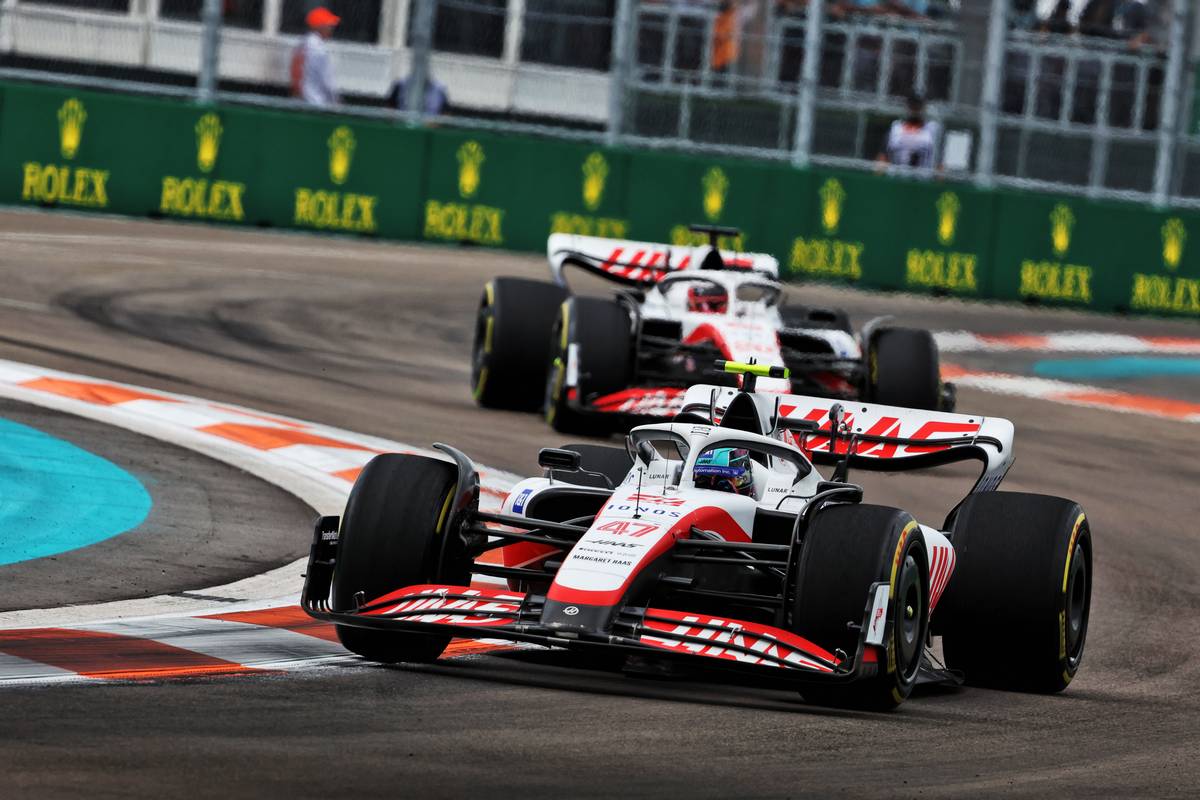 "We were in a bad place on Saturday," commented a visibly irritated Steiner after the race, quoted by Autosport.

"I think everybody regrouped, we put ourselves in a good place again, and then 10 laps to go, we go down the drain.

"Who is not disappointed after a weekend like this? I think we have nobody else to blame than ourselves.

"We were up in the points, it was possible with maybe two cars to get into points, and then we just lost it all at the restart.

Although the stewards labeled Schumacher's collision with Vettel a racing incident, Steiner made clear that the young German should have protected his position in the points.

"I'm not the driver," he said. "I mean, we need to go through this. I haven't spoken with him, but obviously, we cannot lose points like this."

Steiner acknowledged the potential of Haas' VF-22 but suggested that strong performance without any points is of little use.

"It is a positive thing, but you have to use your potential. Having a car like this, it's lost opportunities, basically. I'm pretty disappointed after this event.

"But we need to get back to the drawing board and see what are we going to do in Spain and Monte Carlo. And we need to do better than this, because we have got the machine to do better.

“The whole team ended up with nothing. I mean, for me, the team is the most important thing.

"We cannot keep on saying there is a race next weekend, because all of a sudden it's the end of the year, and you're waiting for the 24th race, and it's not coming."