Rising IndyCar star Colton Herta has confirmed that racing in Formula 1 in the future remains a serious career objective for him in the future.

Herta made his debut in the US open wheel championship in Sonoma in 2018 and went on to take his maiden victory at the Circuit of the Americas in 2019 in just his third outing, making him the series' youngest ever winner.

Now racing in an entry run by Andretti Autosport, the 22-year-old American driver has been strongly linked to drive for Michael Andretti's new F1 team should it win FIA approval to join the grid in 2024.

In the meantime, Herta - son of veteran IndyCar racing driver turned team manager Bryan Herta - spent the Miami Grand Prix shadowing the McLaren squad ahead of his planned F1 test with the team later this year.

Asked if he was still hoping to become the first American F1 driver since Alexander Rossi in 2015, Herta didn't hesitate: “It is a serious ambition of mine.

“There’s a lot of things that when I'm done racing I want to be able to say that I did," he continued. “And Formula 1 is pretty high on the list for one of those things.

“There’s a big list of different races, events, series that I want to be a part of, and Formula 1 is definitely higher up on the list than a lot of things," he told the media in Indianapolis this week, as reported by Motorsportweek.com.

This weekend sees the IndyCar Indianapolis Grand Prix event staged on the road course at Indianapolis Motor Speedway, which used to host the F1 United States Grand Prix. Herta will start the race from 14th on the grid. 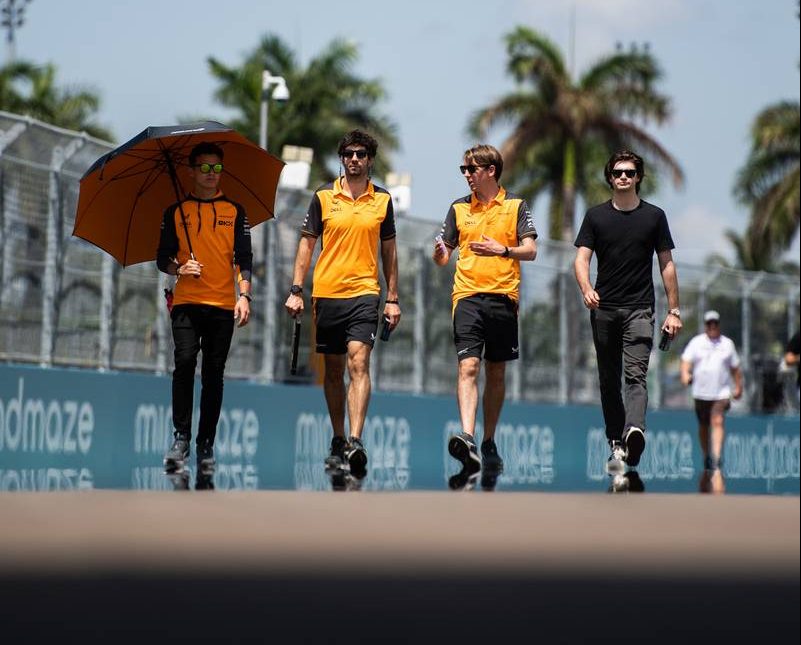 Then on Monday, IMS will switch to its classic 2.5-mile speedway oval configuration in readiness for the start of practice and qualifying for the world famous Indianapoli 500, which is due to be held on May 29.

Herta's F1 taster doesn't have a definite date yet, and might not happen until the end of the current IndyCar season in mid September.

“It is going to be later in the year," was all Herta could offer. "I can say I’m going in June to Woking for a seat fit and then some simulator stuff.

"I’m looking forward to that," he said. "The last time I was there was in 2019. I think I did one day of sim. I didn’t really get to see the factory which I’m hoping I get a nice tour of.

"They’re very secretive of everything [but] hopefully I can see all the bits and bobs," he commented. "But yes, that’s going to be the first step.

"I want to be in F1 at some point in my career, and obviously time is essential to that, so it’s going to be very important to do a good job in the test and hopefully open some doors/

"[It's] going to be fantastic, I’m really looking forward to it," he added.