Red Bull's Max Verstappen was third in the pecking order, 0.079s off the leading Scuderia car, while Mercedes' George Russell and Alpine's Fernando Alonso rounded off the top five.

After Miami's glitzy and festive inaugural atmosphere, Formula 1 returned to a lower-key and familiar environment in Barcelona where the sun is shining this weekend just as bright as in South Florida.

F1's field has introduced as expected a raft of upgrades, with McLaren, Aston Martin and Alfa Romeo leading the changes, while Mercedes has also implemented a few modifications on its W13 as it still searches a solution to its car's porpoising issues.

In addition to the design changes, FP1 kicked off with two new faces and the return of an F1 veteran. Among the former were Nyck de Vries and Juri Vips making their official F1 debuts, respectively with Williams and Red Bull – and replacing Alex Albon and Sergio Perez – while Robert Kubica was back behind the wheel of Alfa's C42. 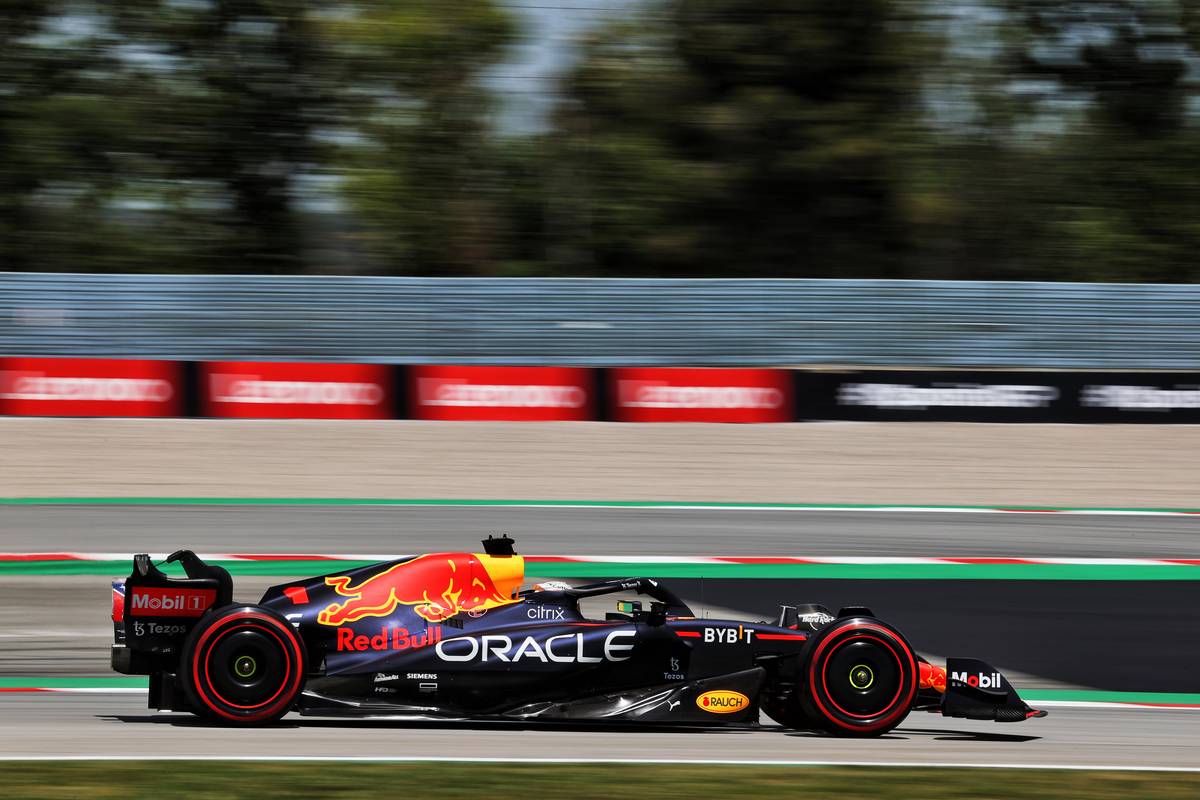 On the tyre front, Pirelli is supplying its C1 to C3 hardest range this weekend, a pretty straightforward choice – which is the same as last year, albeit using a brand-new family of tyres.

Installation laps and aero rakes were the norm at the outset of the 60-minute session, but when the action started to ramp up, the hard-shod duo of Verstappen and Leclerc led the charge.

The Red Bull drivers first benchmark time of the day – a 1m21.876s – was predictably well slower that the fastest lap executed in pre-season testing in Barcelona, a 1m19.138s courtesy of Lewis Hamilton that should be beaten in short order. 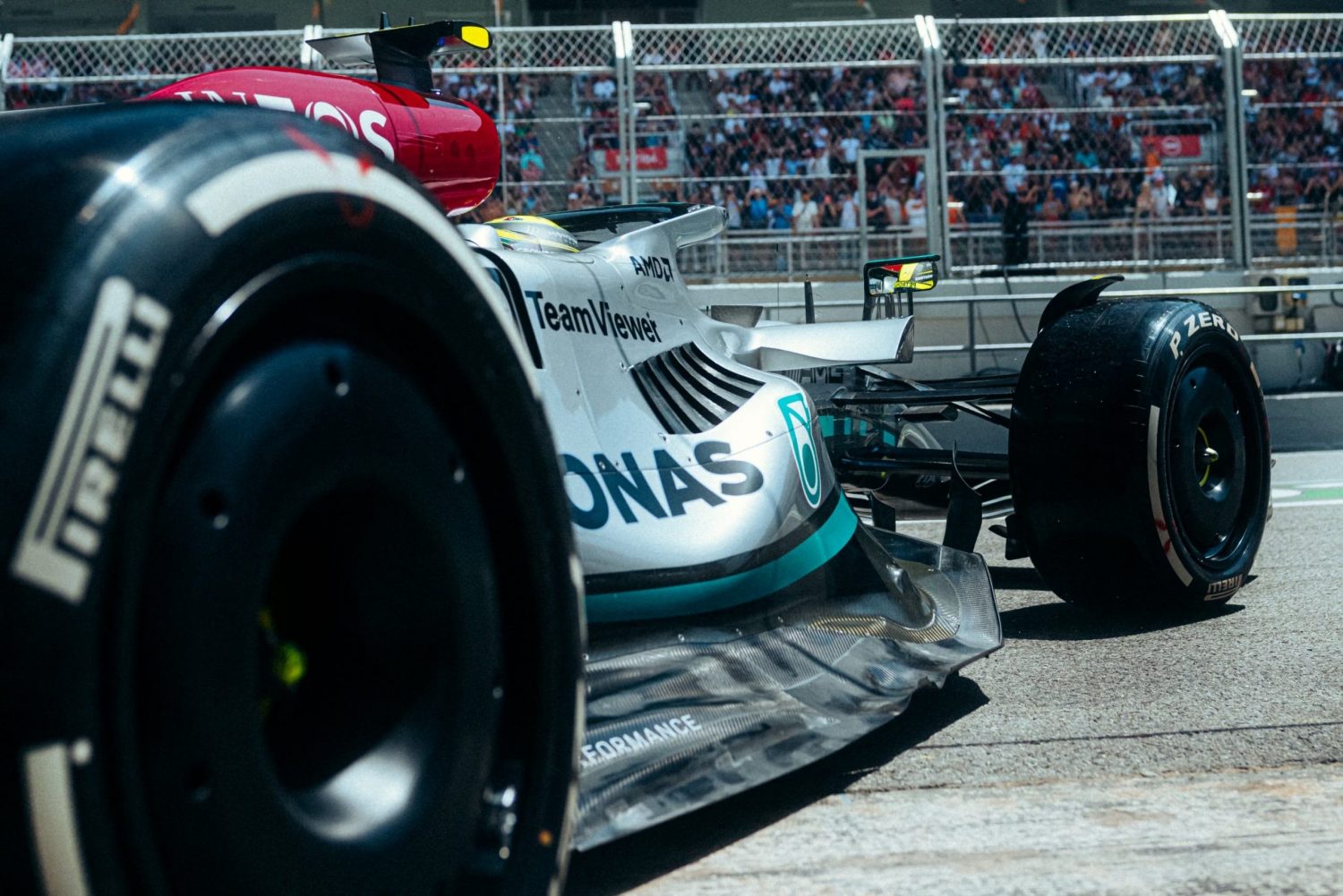 As the half-way mark of the session came and went, the pace improved as drivers switched to soft rubber, with Sainz dropping the fastest time to 1m19.907 , 0.683s ahead of Mercedes' George Russell and Hamilton.

But Leclerc then outdid his teammate by 0.079s to make it a Ferrari 1-2, with Verstappen, Russell and Hamilton lining up behind.

However, teams appeared to prioritize set-up work rather than hot laps, and justifiably so given the number of component changes for the majority of teams.

Meanwhile, in the stewards' office – not Fernando Alonso's favourite room by the way – a few on-track incidents involving the Spaniard and Hamilton but also Verstappen and Bottas were put under investigation. 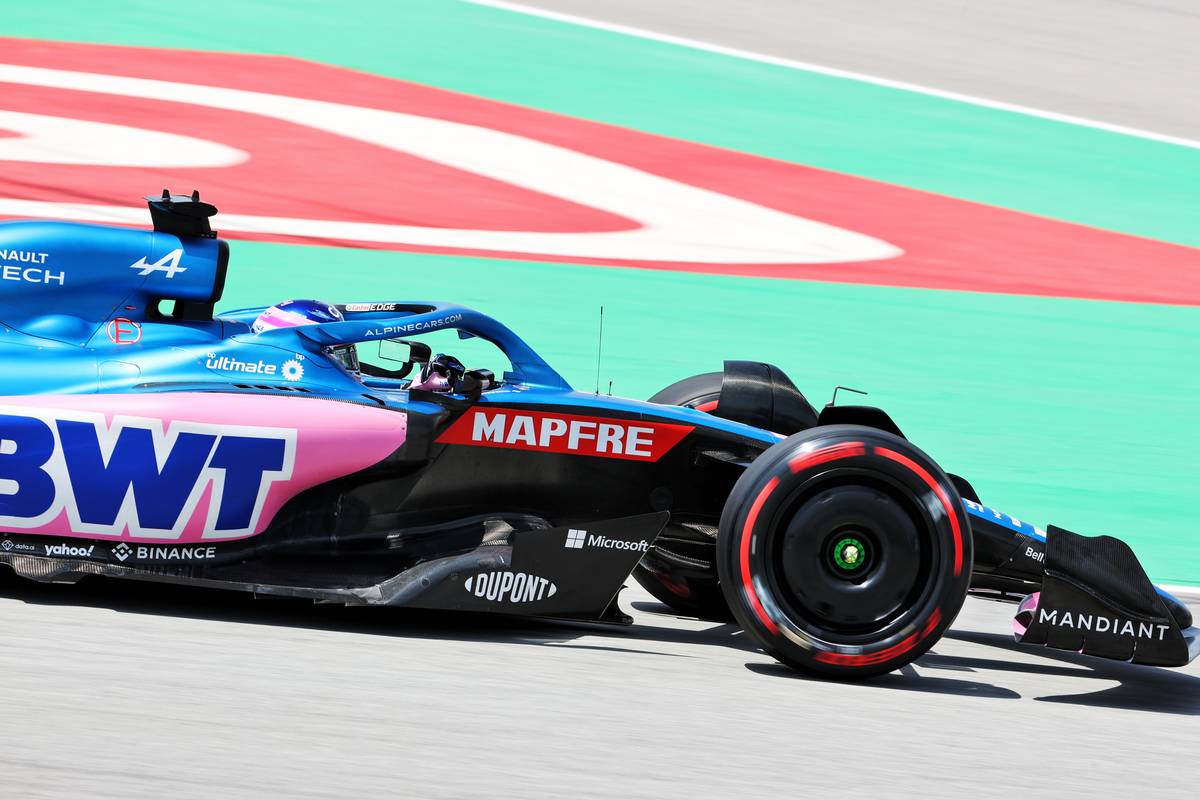 The session entered its final minutes with no changes among the top-three, with Leclerc and Sainz delivering a positive start for Ferrari and preceding Verstappen in Third.

Behind the trio, Russell in P4 offered perhaps an encouraging start to Mercedes, the Briton edging Alonso and Hamilton.

Both McLaren drivers clocked in among the top-ten, with Norris and Ricciardo respectively P7 and P9, the pair sandwiching AlphaTauri's Pierre Gasly, the Red Bull sister outfit stripping some paint off its AT03, presumably in a bid to save weight.

Behind Yuki Tsunoda who closed out the first half of the field, Esteban Ocon, Lance Stroll and Kubica followed, with the latter preceding Bottas at Alfa Romeo.

Nyck de Vries enjoyed a solid session, setting a faster time than his Williams teammate Nicholas Latifi, while Juri Vips closed out the field, the Estonian entrusted with development work for Red Bull for his first official practice session in F1.