Aston Martin team boss Mike Krack says the contentious upgrade package implemented on the outfit's AMR22 in Barcelona, and which has been challenged by Red Bull, is just part of the team's "normal development process".

The new sidepod design on Aston's car drew the attention of the FIA in Barcelona for its close resemblance to the original elements featured on Red Bull's RB18.

While the governing body ultimately declared that the design complied with the regulations, suspicion has grown in the Red Bull camp that some of the RB18's data and intellectual property somehow made its way from Milton Keynes to Silverstone where Aston is based.

"It’s no coincidence that we’ve had a few individuals that have transferred from Red Bull to Aston Martin over the winter and the early part of this season," argued RBR team boss Christian Horner who has launched an internal investigation into a possible data and IP breach at Red Bull. 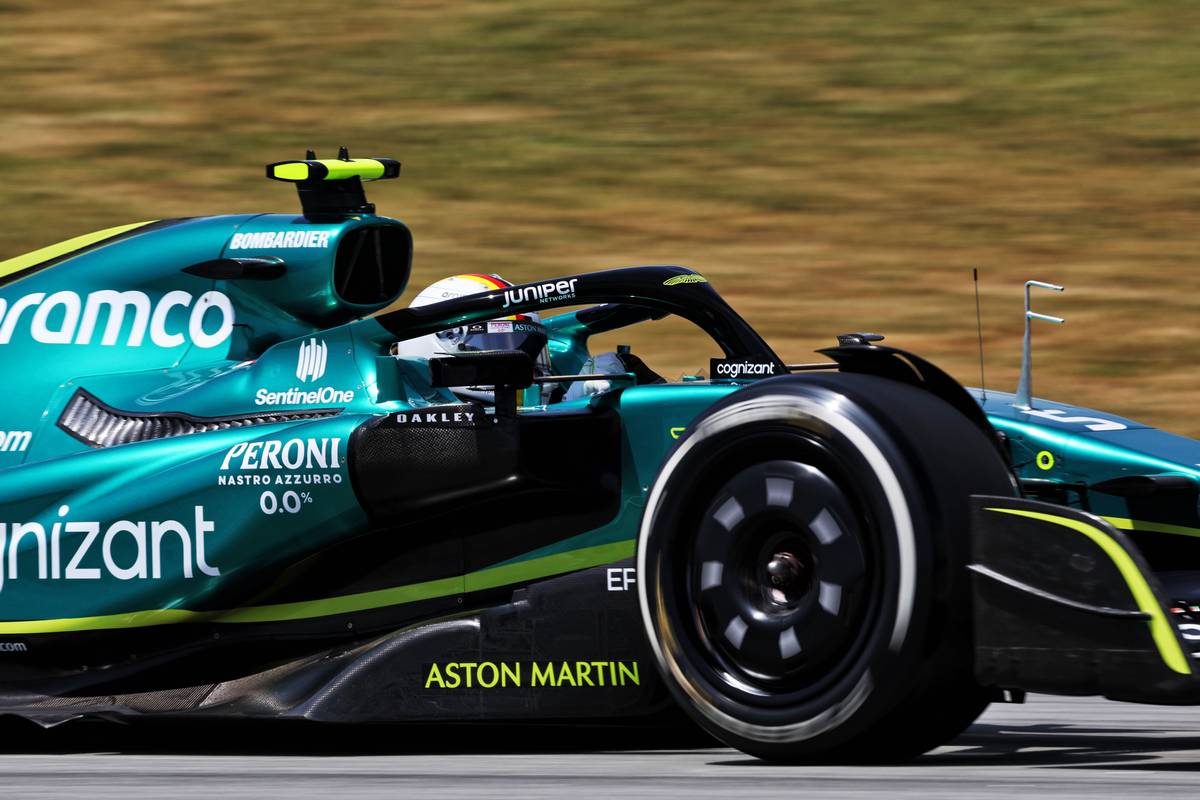 But Krack played down the issue, insisting the changes were part of Aston's development options at the outset.

"You will remember when we had the launch of the car, [we were] already mentioning that we had built in some flexibility in the car, to be able to develop along the journey, and this is what we have done," Krack told Sky Sports F1.

"From that point of view, it was just a normal development process.

"We had all the porpoising difficulties with the other spec car, and we said at one point we need to change, we need to make a little update here, and that's what we did in the end."

As for any performances gains delivered by Aston's controversial upgrade package, Sebastian Vettel who clocked in P8 in Friday's FP2 felt that the team was moving in the right direction.

"It feels like we are moving in the right direction, but we must remember that this is the first day of our running this car," said the German.

"You cannot make many comparisons to pre-season testing because the weather and track conditions are so different, so there is still a lot to learn and understand.

"Still, it is positive to end today inside the top 10, but let's see how we go across the weekend. We do not expect immediate results, but we want to continue to make progress."

It's unlikely that Red Bull will let the FIA or Aston Martin sweep the contentious upgrade issue under the rug. Indeed, a potential "Green Bull" saga may have just started.