Lando Norris says he has almost fully recovered from his recent spell of tonsillitis, the McLaren driver enjoying a strong opening day in Monaco where he produced the fifth fastest lap in FP2.

Norris struggled to reach the checkered flag last weekend in Barcelona where he finished P8 despite being significantly weakened by his inflammatory condition.

McLaren canceled all of the Briton's post-race media commitments and ordered its driver to rest for a few days at home ahead of this weekend's round in Monte-Carlo.

Norris followed the doctor's orders and hit the track on Friday feeling much better. 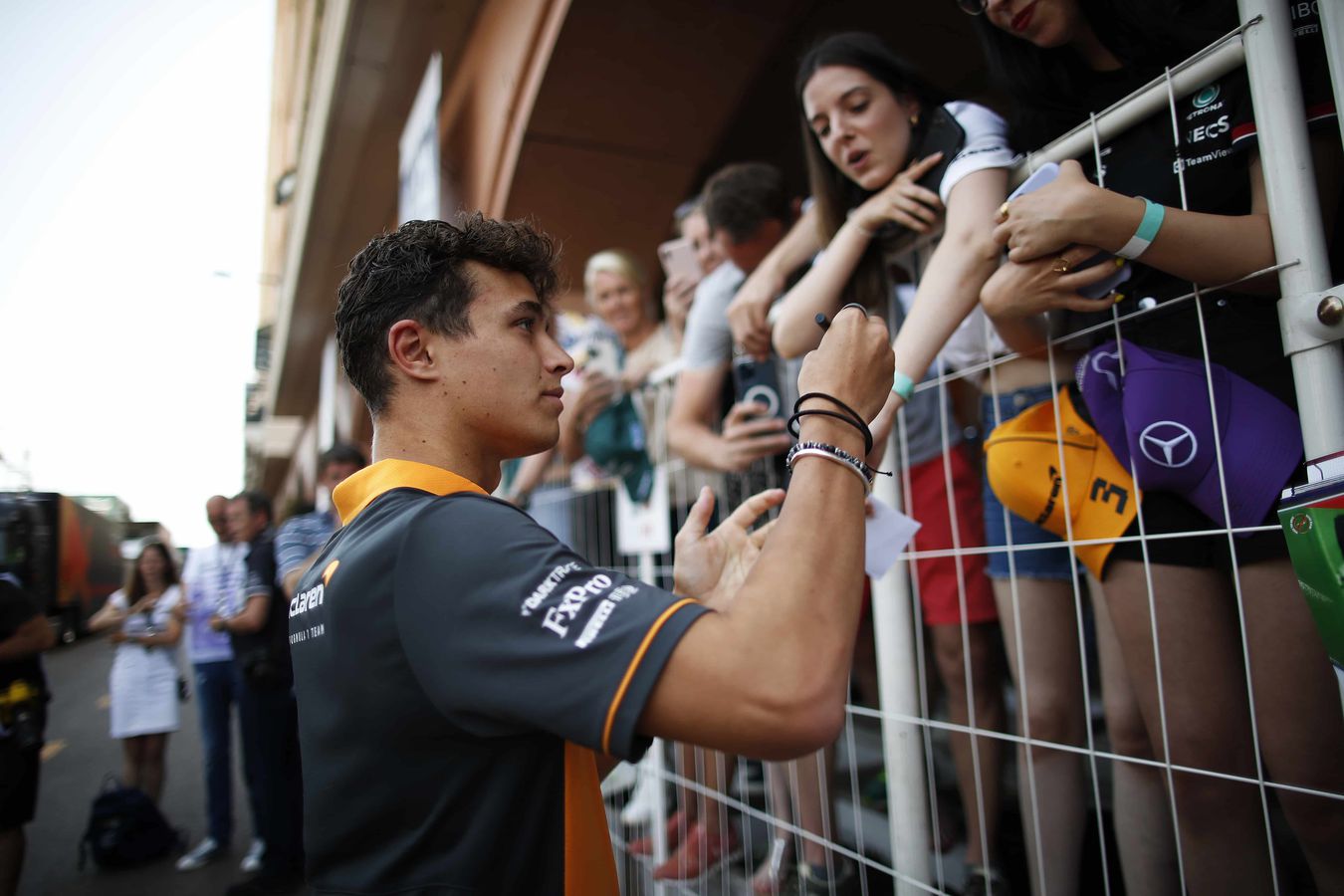 "I’m just still struggling a bit with my throat and coughs and stuff like that. But the main part of my fever and everything is gone so I’m in a much better condition.

"I can enjoy it a bit more and actually concentrate when I’m driving and so on. It’s been a decent first day here in Monaco, so I’m reasonably happy."

Norris clocked in P5 in Friday's first practice and held his own thereafter later in the afternoon, edging George Russell's Mercedes by 0.112s, a performance that surprised the 22-year-old.

"I’m a little bit surprised to say we’re ahead of Mercedes, I expected them to maybe be ahead of us at the minute. The plan is to be ahead of them and if we can be, then I’ll be very happy with that.

"I think the initial feeling in the car was good in terms of it giving me some good confidence.

"It was a car that I felt like I could push on and find the limit quite quickly, which is a very important thing here in Monaco.

"We worked our way through our programme, and took it step-by-step, trying to find some small improvements here and there, wherever we could, which was good learning.

"We need to look at it overnight and put what we learnt into the usual plan for tomorrow but I'm happy with today."