Heavy rain and a sudden power outage of F1's start systems on the grid led to Sunday's Monaco Grand Prix being twice delayed and then red flagged before the event finally got underway.

Just minutes ahead of the field's formation lap, a drizzle that had turned into a downpour compelled race control to suspend the start procedure to allow teams to switch their cars to suitable tyres.

The rescheduled formation lap was due to get under way at 3:09pm but was delayed until 3:16pm as extreme wet tyres had now become mandatory in anticipation of more heavy rain heading towards Monaco.

As the field set off behind the safety car, the downpour intensified, and everyone was brought back into the pits under the red flag after two formation laps. 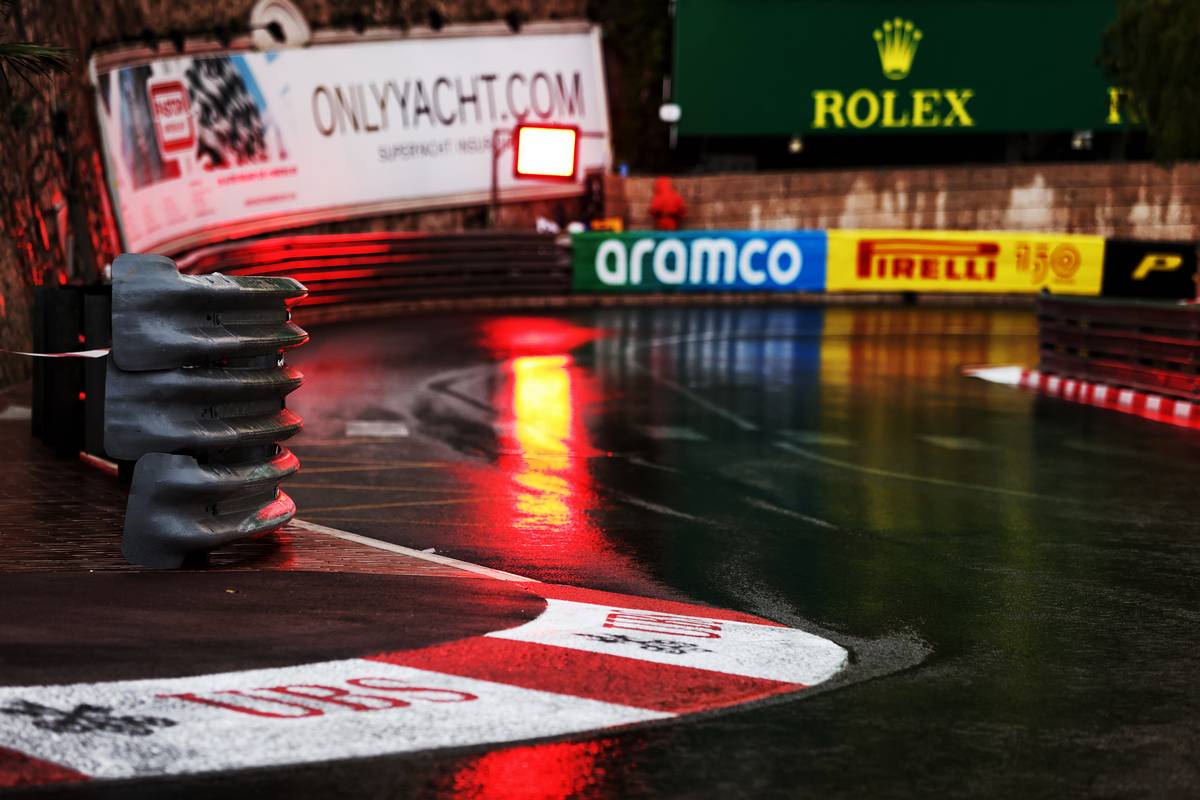 Confusion ensued as several drivers were at a loss to understand why the race had not started even in the wet conditions.

It later transpired that race control had delayed the race a second time because there had been no practice running on wet tyres earlier in the weekend.

"We are Formula 1 drivers, so that is definitely not a good reason," commented Lewis Hamilton.

"I was, like, let’s go when it was just drizzling a little bit at the beginning. We will talk about it in the drivers’ briefing but we should have started the race."

Furthermore, the FIA later revealed that the long delay after the red flag had been caused by a power outage of F1's grid systems and light panels, a failure that also forced race control to implement a rolling start.

After a near 45-minute delay, the race eventually got underway but it was red flagged again on lap 30 following Mick Schumacher's heavy crash, which resulted in a damaged TecPro barrier requiring repair.

Again, the race resumed with a rolling start but this time because race control considered that some drivers would have been disadvantaged by wet asphalt on the grid when others were on a dry line.

The race was ultimately shortened to 64 laps from 77 as the event reached its two-hour time limit.

Horner: Perez now in title fight 'just as Max is'