They say there are two types of drivers at Indy: those who have hit the wall and those who will hit the wall. Romain Grosjean is now among the former.

Despite his lack of oval experience, Grosjean was the fastest qualifier of Andretti Autosport's five-car team at Indianapolis, an achievement that also earned him the distinction as the highest-starting rookie in the field of Sunday's blue-riband event.

The Frenchman had been running inside the top-10 for most of the race until his spin and crash at the Brickyard's Turn 2 just after the race had reached its halfway point.

Grosjean fortunately emerged unscathed from the wreck but was at a loss to explain what had exactly happened. 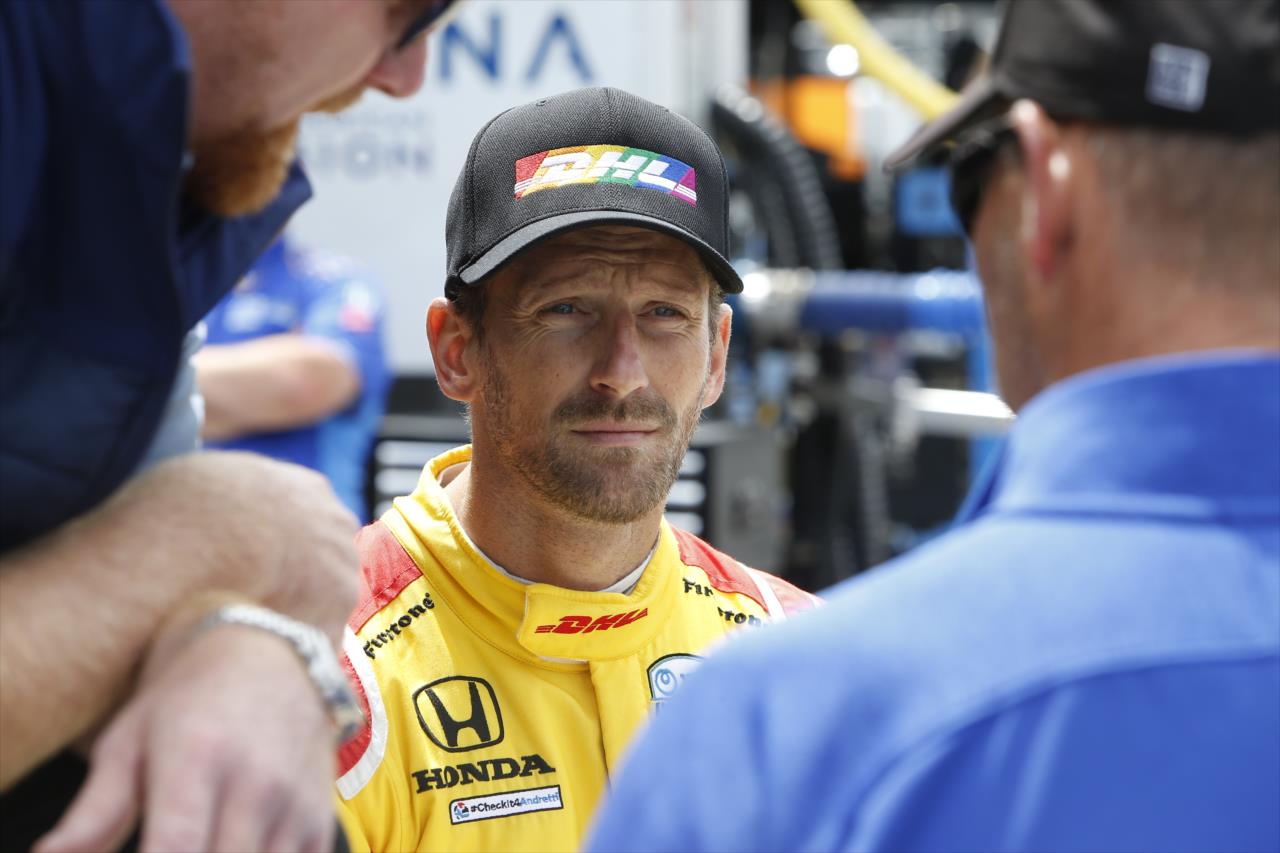 "All good, all good, just disappointed to finish that way," he told IndyCar Radio. "What happened? No idea. The rear end snapped on me without any warning.

"I was behind Marco [Andretti, teammate] saving a lot of fuel and being happy with the balance. So I don’t know. We’ll try and analyze and understand and move on from that."

Asked if he had enjoyed his maiden Indy 500 experience despite his brutal exit, the former Haas F1 driver said: "Right now it’s bittersweet because it’s not the way I wanted to finish the race, really. I wanted to have a good race.

"We didn’t have a brilliant pitstop today, and I don’t know what was happening on the restart [engine] map but I felt like I was very low on power on the restart map, kept losing positions every restart.

The 106th running of the Indy 500 was won by Grosjean's former F1 colleague Marcus Ericsson after a thrilling two-lap showdown between the Chip Ganassi Racing charger and Arrow McLaren SP's Pato O'Ward.

.@RGrosjean's dreams of an #Indy500 win this year are over after this incident in turn 2.

The Phoenix has been seen and released from the @IU_Health Emergency Medical Center.

Russell takes away 'a lot of positives' from Monaco P5