Charles Leclerc will launch his Canadian Grand Prix from P19 on Sunday's grid, but the Ferrari driver is banking on a "smart strategy", clean air and a bit of luck to pull him up the ranks.

In the wake of Leclerc's costly engine failure in Baku, the Scuderia added in Montreal several new elements to the Monegasque's pool of hardware, the sum of which warranted penalties that have sent him to the back of the grid.

However, Leclerc won't start this afternoon's race dead last as he outpaced in qualifying AlphaTauri's Yuki Tsunoda who was handed a similar engine penalty.

"I don't know whether it will work out or not," replied Leclerc when asked if he would be able to press on and join the fight at the front of the field.

"It was a bit more difficult to overtake than what I initially thought yesterday, but overall I think we've got quite a good pace in the car.

"If we play it smart with the strategy, having some clean air, we can come back to P4 or something. So that is the goal and yeah, I'll give it everything." 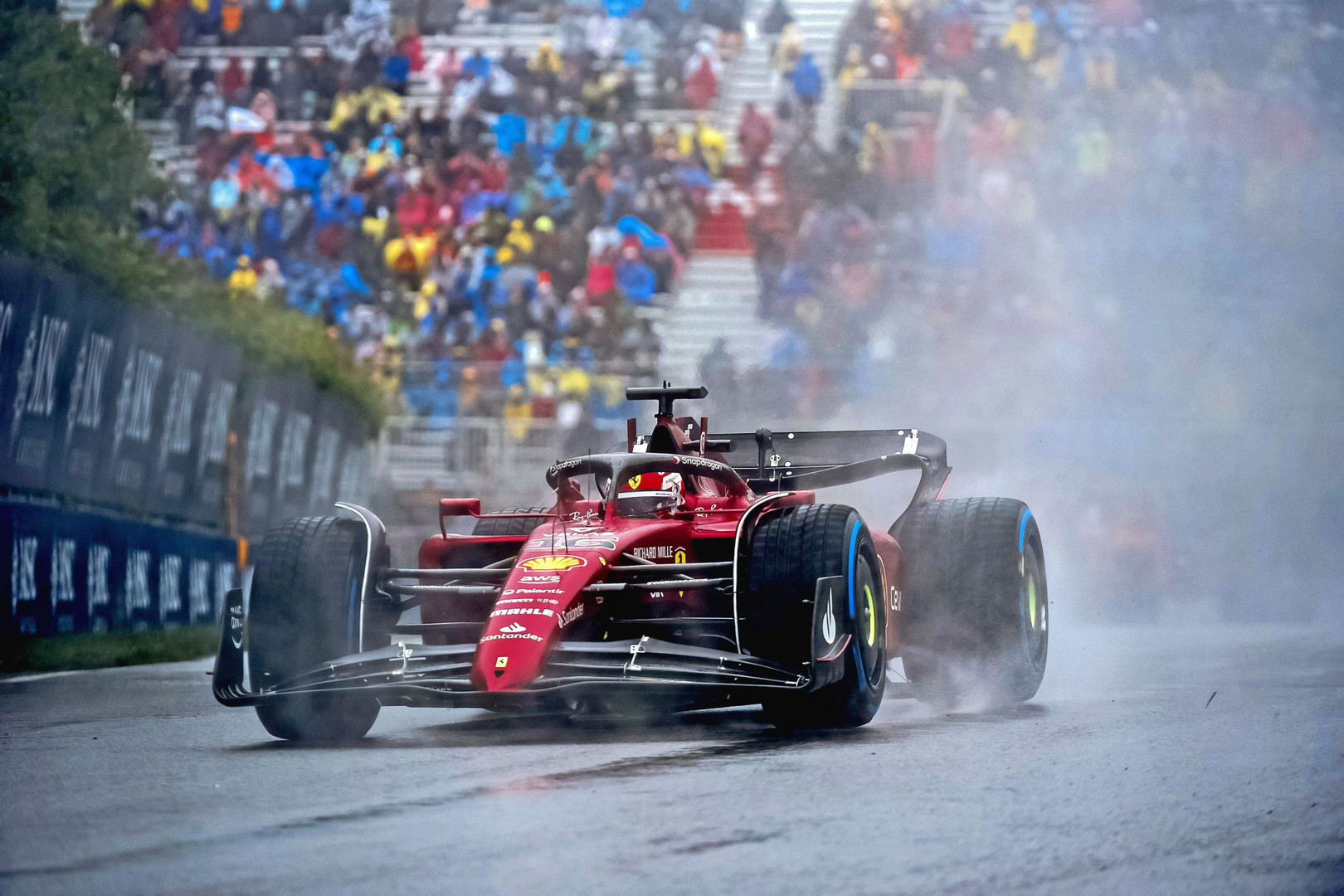 Leclerc said that if things don't work out in his favour, then he'll be rooting for teammate Carlos Sainz who will start his race from 3rd on the grid, behind poleman Max Verstappen and Alpine's Fernando Alonso.

"Obviously, if I'm not able to do that, then the second person I want to win is Carlos. That will be great for him. I think he's been competitive, this weekend is going to be very close with Max.

"And hopefully with a late safety car and a little bit of luck, I can join the battle also. But obviously this is quite optimistic."

While his situation isn't optimal, Leclerc conceded that taking a penalty in Montreal was almost inevitable.

"It makes it a bit harder for us but it's inevitable," he added. "So there is disappointment, but on the other hand I knew it was coming, so I kind of expected it.

"I don't know if there will be any more penalties other than that, but overall I think it's the best we could have done. It's not a good situation to be in, but I guess we took the right decision, I mean, to put it all on one race I prefer, instead of having multiple races with a 10 places grid penalty.

"We'll try to make the best out of it tomorrow and then hopefully we can have no reliability issues any more, focus on ourselves and catch back the Red Bulls in front of the championship."