Lewis Hamilton conquered in Canada on Sunday his second podium of the 2022 season, but the Mercedes driver was "overwhelmed" by his run to third after his team's recent struggles.

Hamilton launched his race from fourth on the grid, the fruit of his efforts in Saturday's wet qualifying. But the Briton was unsure what to expect in the dry conditions that came back for the race.

Hamilton held his own in P4 until an early stop under the Virtual Safety Car to switch from the medium to the hard tyre. The seven-time world champion rejoined in P6 but pressed on to overtake a string of rivals, including teammate George Russell, to cross the finish line a solid third. 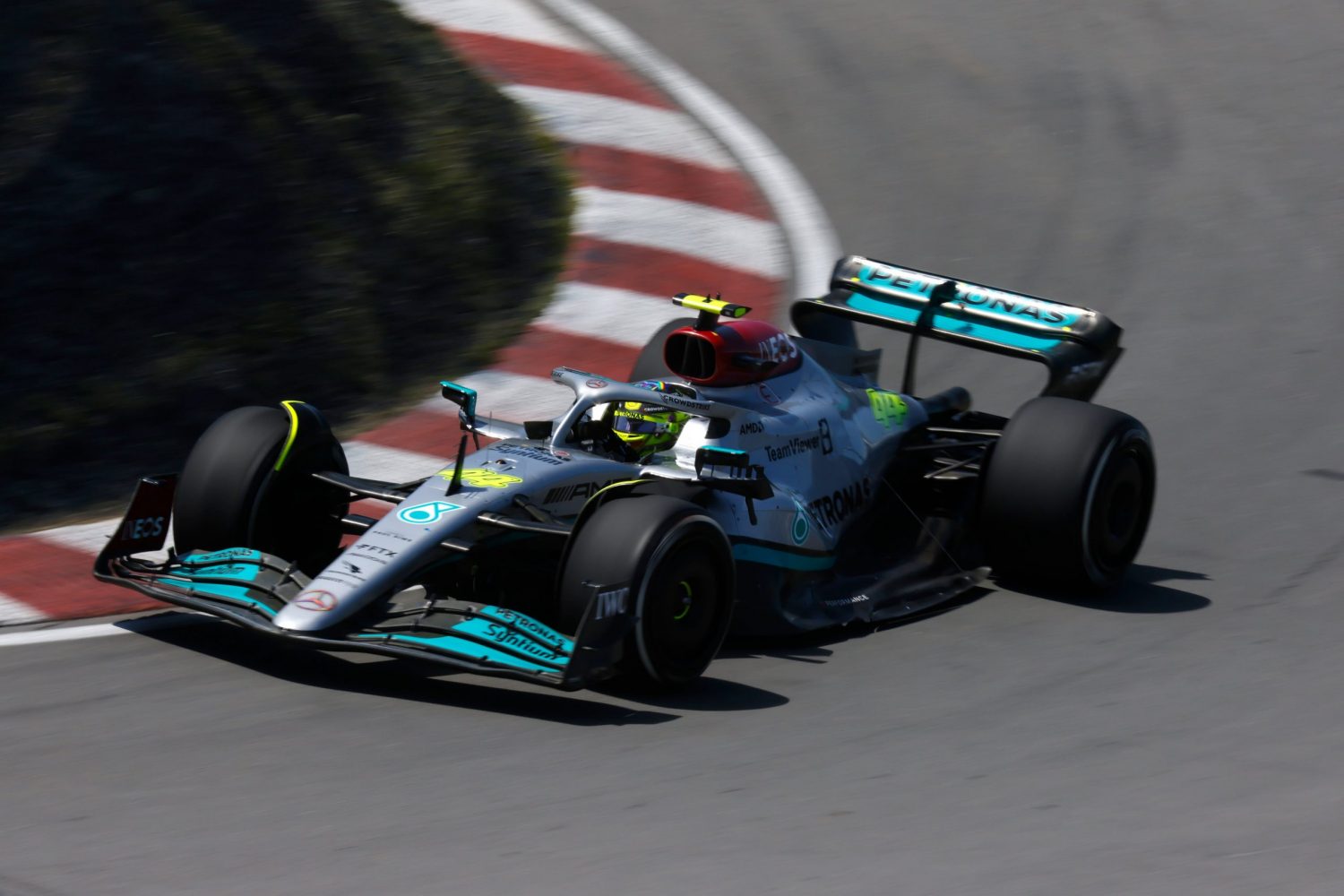 "It’s quite overwhelming to get this third place, it’s been such a battle this year with the car and as a team," said an overjoyed Hamilton.

"But we continue to stay vigilant and focussed and never giving up and that’s something I’m so proud of and inspired by my crew. So thank you everyone who’s here and back at the factory."

Although he finished the race over seven second adrift from race winner Max Verstappen, Hamilton felt that there his W13 silver arrow had performed better than usual relative to Red Bull and Ferrari, and was "getting closer" to F1's front-runners.

"They're a little bit too quick for us at the moment," he said. "I was giving it everything but we're getting closer. So we've just got to keep pushing. Hopefully we'll be in a fight with these guys."

"Honestly, our pace was quite good, particularly in the second phase of the stint," he said.

"We did a lot of work back in the simulator but also here to get the setup right. So honestly, I'm ecstatic.

"I didn't expect this coming into the weekend. It's my second podium of the year. So this feels really special, especially where I got my first grand prix win."

Verstappen 'would have preferred attacking to defending'