Max Verstappen led the majority of laps in today's Canadian Grand Prix, but he was made to work for his sixth win in the series by fending off a flurry of attacks from ferrari's Carlos Sainz in the closing moments.

Verstappen started the race from pole position and easily parried an early challenge from Alpine's Fernando Alonso starting alongside him on the front row at the Circuit Gilles-Villeneuve.

But he surrendered the lead to Sainz just nine laps into the race when he took the opportunity to pit for hard tyres under a Virtual Safety Car triggered by the retirement of his Red Bull team mate Sergio Perez.

Verstappen had to wait until lap 20 before Sainz made his own stop under a second VSC, which meant that the Ferrari was on tyres which were 12 laps younger than his own, leaving him struggling for grip as the race went on.

The situation was inverted when Verstappen pitted for a second time at the end of lap 43, coming back out ten seconds behind the Ferrari. However Sainz was able to make his own second stop during a full safety car six laps later.

It meant Sainz was in second place on fresh tyres for the rolling restart. But try as Sainz did for the remaining 16 laps of the race, Verstappen was up to the task of keeping him at bay all the way to the finish.

“The Safety Car didn’t help!” laughed Verstappen when he spoke with the media in parc ferme after the end of the race. “It was really exciting at the end. I was giving it everything I had. 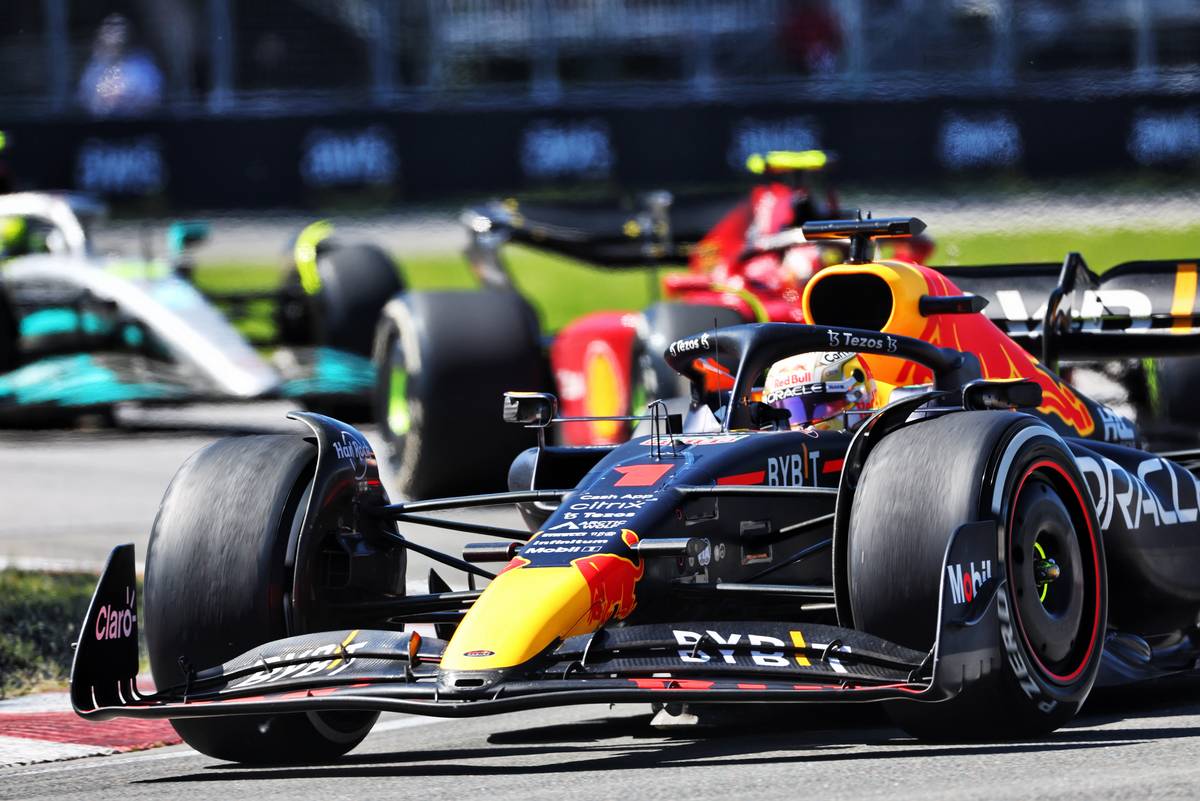 "Of course Carlos was doing the same. Following is tricky around here but I could see he was pushing, charging, pushing," he continued. "When you’re under DRS, it’s a bit easier to charge.

"They were very quick in the race so it would have been really tough for me to close that gap at the end," he said. “Luckily, this year we seem really quick on the straight so that helps a lot.

“Overall I think they were very strong in the race," he acknowledged.

"It would have been tricky to catch up, but then the Safety Car came out so they had fresher tyres. I think I would have preferred attacking instead of defending, but luckily it worked out.”

Verstappen's day wasn't helped by problems with the communications between his car and his race engineer Gianpiero Lambiase on the Red Bull pit wall.

"It didn’t work anymore, it decided to stop," Verstappen shrugged. “I have no clue when it stopped. I guess it must have been working before, or it didn’t work before, which I’m sure they don’t mind!" 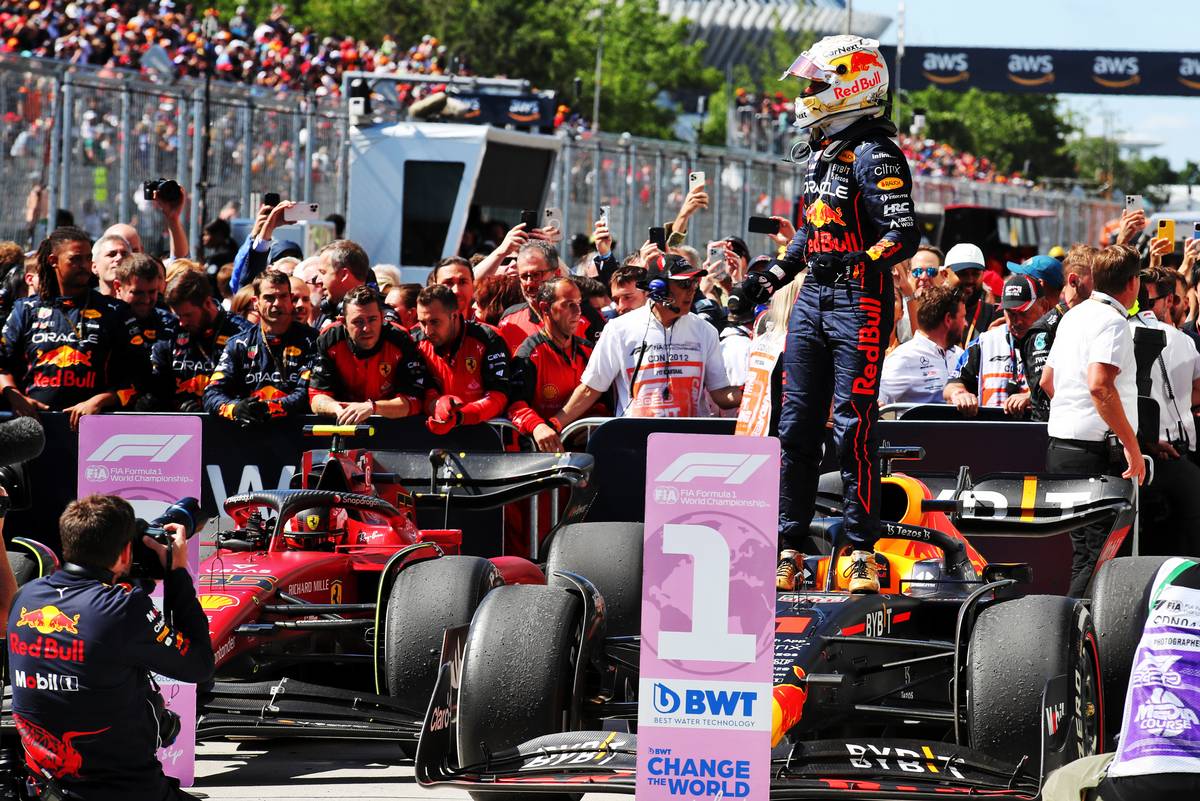 “We lost communication with the car," team principal Christian Horner told Sky Sports F1 afterwards. "It was one-way traffic: he could hear us, but we couldn’t hear him. I guess he didn’t need to hear us too much!

"Carlos pushed him hard,” Horner added. "The strategy wasn’t clear. We went for the early stop, we felt it was the best route, when Carlos got effectively a free stop which set it up beautifully for the end of the race."

Taking victory in the race while Perez retired and chief rival Charles Leclerc could only recover to fifth after starting from the back as a result of grid penalties for engine component changes means Verstappen extends his points lead in the championship.

After nine races in the 22-race season, Verstappen is on 175 points which is 46 ahead of Perez and 49 clear of Leclerc.

However Ferrari did manage to slightly trim back Red Bull's lead in the constructors championship by four points thanks to Sainz finishing in second place and also clinching the point for the fastest lap for the Scuderia.

Sainz 'didn't leave an inch' in his battle with Verstappen