Ferrari's Carlos Sainz insisted he didn't leave anything on the table in his pitched battle with Max Verstappen in the closing laps of the Canadian Grand Prix on Sunday.

Sainz started the race from third place but was quickly able to pass Fernando Alonso on lap 3, and then tucked in behind the race leader until the Red Bull pitted under an early Virtual Safety Car.

Sainz stayed out to lead the race for 11 laps until a second VSC allowed him to pit in turn; giving him the advantage of significantly fresher tyres. The Red Bull started to struggle for grip, before pitting a second time on lap 43.

Back in the lead, Sainz looked set to tough it out to the finish but a late safety car for Yuki Tsunoda's accident changed the game. Sainz pitted again and dropped to second, spending the rest of the race battling to pass Verstappen.

"I was pushing flat out," Sainz told the media in parc ferme after the end of the race. "I wasn't leaving an inch to the walls under braking. I was pushing everything with the battery. I tried everything to pass Max.

"But today we just didn't have enough pace delta to get him close enough in the hairpin, to then get him a bit out of line into the chicane.

"The positive thing is that we were quicker, we were faster all race. It was just that little bit more [we were lacking] to overtake around here. 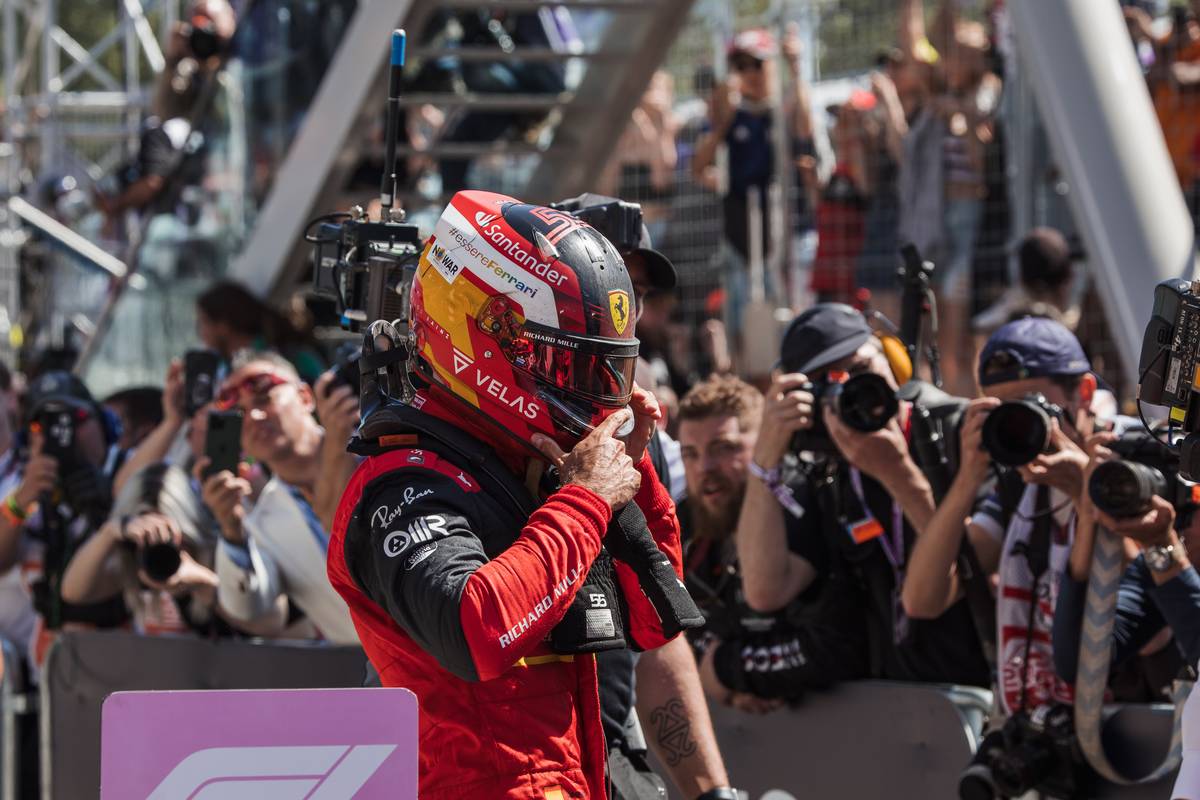 "Honestly, we tried everything," he said. "We were very, very close to winning today, so I will take the positives and keep trying in the next one."

In particular Sainz felt that Ferrari's performance here and its speed down the long straight was a significant improvement over recent races were Red Bull had been much quicker where it counted.

"Yes, I'm particularly happy with the race pace," he said. "The way we managed to put pressure on Max during the whole race, and the timing of the pitstops I think was right."

Sainz picked up the bonus point for setting the fastest lap and has narrowed the gap to George Russell in the drivers standings to just nine points. Ferrari also cut Red Bull's margin in the constructors championship by four points.

Verstappen 'would have preferred attacking to defending'

Alonso forced to drive 'kamikaze' in the corners after PU issue