Mercedes has implemented a raft of changes to its W13 for this weekend's British Grand Prix in a bid to boost its car's form for its home race.

The wholesale regulation changes introduced this year in Formula 1 haven't been kind to Mercedes, whose engineers have been working tirelessly to iron out the bouncing issues that have impacted their silver arrow since the start of the 2022 season.

Consecutive podium finishes in Baku and in Montreal were a sign that the Brackely squad's performance is improving, but the team now hopes that its Silverstone upgrades will allow for a more significant step forward.

The W13's front suspension has undergone a change with volume added to the pushrod and rear leg components where they attach to the chassis, a move that will "downwash the flow local to the chassis side, shedding a vortex which then goes on to improve the flow underneath the floor," according to Mercedes.

Mercedes has also repositioned the vanes on the side of the chassis just ahead of the sidepod, in a bid to improve flow quality into the radiator duct and aid cooling. 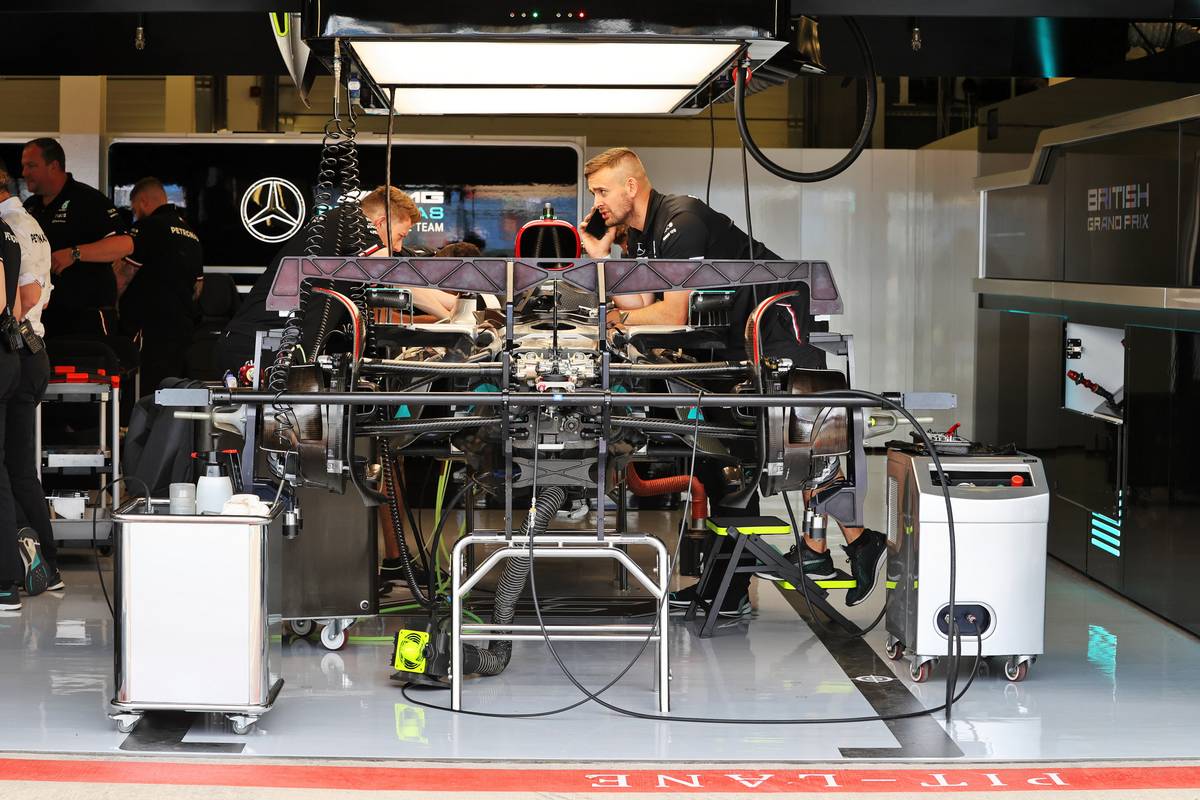 Major modifications have been brought to the W13's all-important floor, a sensitive aerodynamic area.

There is an increased floor edge wing slot forward, as well as increased camber of the forward position, both of which will increase forward floor load.

Furthermore, a camber change to the forward floor fence will increase the pressure delta across the fence, which increases local floor load and also improves the flow to the diffuser".

Finally, a realigned bib wing angle of attack will improve flow alignment and hence improve flow quality under the floor.

At the rear of Mercedes' W13, the wing tip at the rear wing has been reprofiled and is a track specific tweak to reduce drag while limiting the impact of downforce.

Mercedes' upgrade package combined with Silverstone's smooth surface should allow the team to run its car closer to the ground with less disruption, and therefore boost the W13's performance.

"I think this high-speed nature of Silverstone, a smoother surface, will definitely play to our hand a bit more than it has done in the previous three events," commented George Russell.

"But still, there's no guarantees because as I've said before, every race we go to we're sort of unlocking a different issue from the car.

"But we have relative faith that this will be a more competitive weekend for us, not only just with the upgrades, but just with the nature of the circuit."