Red Bull team boss Christian Horner says the FIA would be heading down "a dangerous avenue" if it starts dictating car set-ups as it tackles F1's porpoising issues.

In a bid to eradicate the bouncing phenomenon that is impacting most teams to varying degrees this year, the governing body has determined an Aerodynamic Oscillation Metric (AOM) that will be enforced from the French Grand Prix to limit the frequency and amplitude of a car's vertical movement.

To conform with the rules, teams may need to adjust the ride height of their car, a change that could negatively impact a car's performance as F1's ground effects call for cars to be run as close as possible to the ground.

But Horner argues that the measure equates to influencing a car's set-up, which sets a dangerous precedent according to the Briton.

"The metric that they're talking about, it's quite complicated, that's the concern about it: over what period is the measurement taken, individual instances and all that kind of thing," Horner said.

"When you look at it from a purist point of view, it's not ideal, because it seems that we're giving more and more influence to the FIA to dictate what your set-up is.

"At what point do they say you have to run this rear wing, or a certain ride height? It's a dangerous avenue to go down. 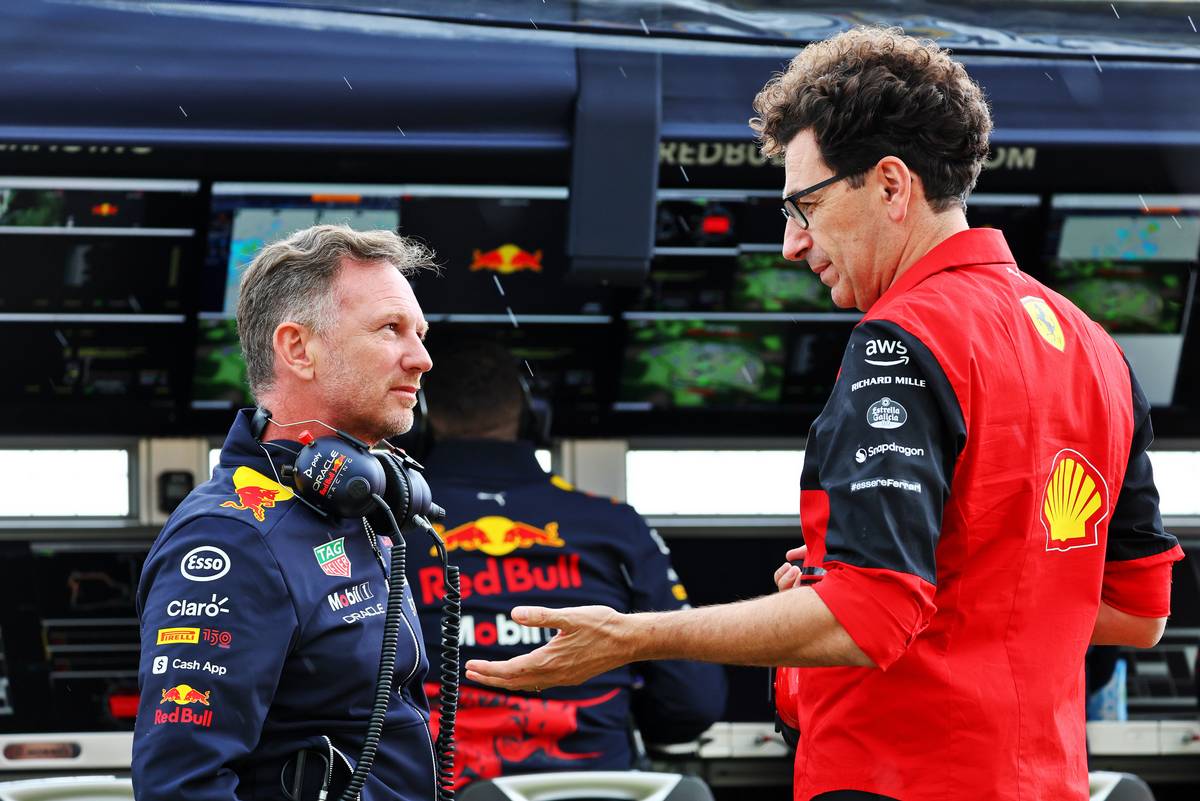 "I understand on the grounds of safety that this is being introduced, because the porpoising on a limited amount of cars is obviously on an extreme level, and they're looking into having that mechanism to control that.

"But that hopefully it's only something that will be there for this year and hopefully something all the teams will be on top of, as I'm sure all the cars will converge next year.

"It's certainly not a precedent that we want to go down, otherwise set-ups will be being dictated by the FIA directives."

Williams boss Jost Capito agreed with Horner over the complexity of the AOM devised by the FIA, and insists the latter needs to find a simpler compromise to police a problem that isn't impacting all teams.

"The proposal is much too complicated," said the German. "We have to find simpler solutions that still allow the team to work and do the set-up, and still fulfil the regulations."