Zhou and Mercedes' George Russell inadvertently squeezed Pierre Gasly's ALphaTauri i a pincer movement in the run down to the first corner when the lights went out.

Gasly clipped Russell's left rear wheel sending him spinning into Zhou, whose car was flipped on its head. It then skidded down the tarmac balanced on the roll bar and Halo before ploughing into the gravel trap.

In a particularly nasty final twist, the car then dug in metres before the tyre barrier and was sent spinning into the air, landing on top of the tyres and then bouncing off to land on its side in the access way in front of the catchfence.

Zhou was reported to be conscious throughout, but once he was extracted from the wreck he was taken to the medical centre for observation - where he was subsequently confirmed fit and well to take part in next week's Austria GP

He rejoined the team on the pit wall to watch the end of the race won by Ferrari's Carlos Sainz. In the official team press release afterwards, he said:
“It was a big crash and I’m glad I’m okay.

“The marshals and the medical team at the track were fantastic with their quick response," he continued. "I also owe my thanks to the FIA and F1 for all the work they have done, and they keep doing, to improve the safety of our cars. 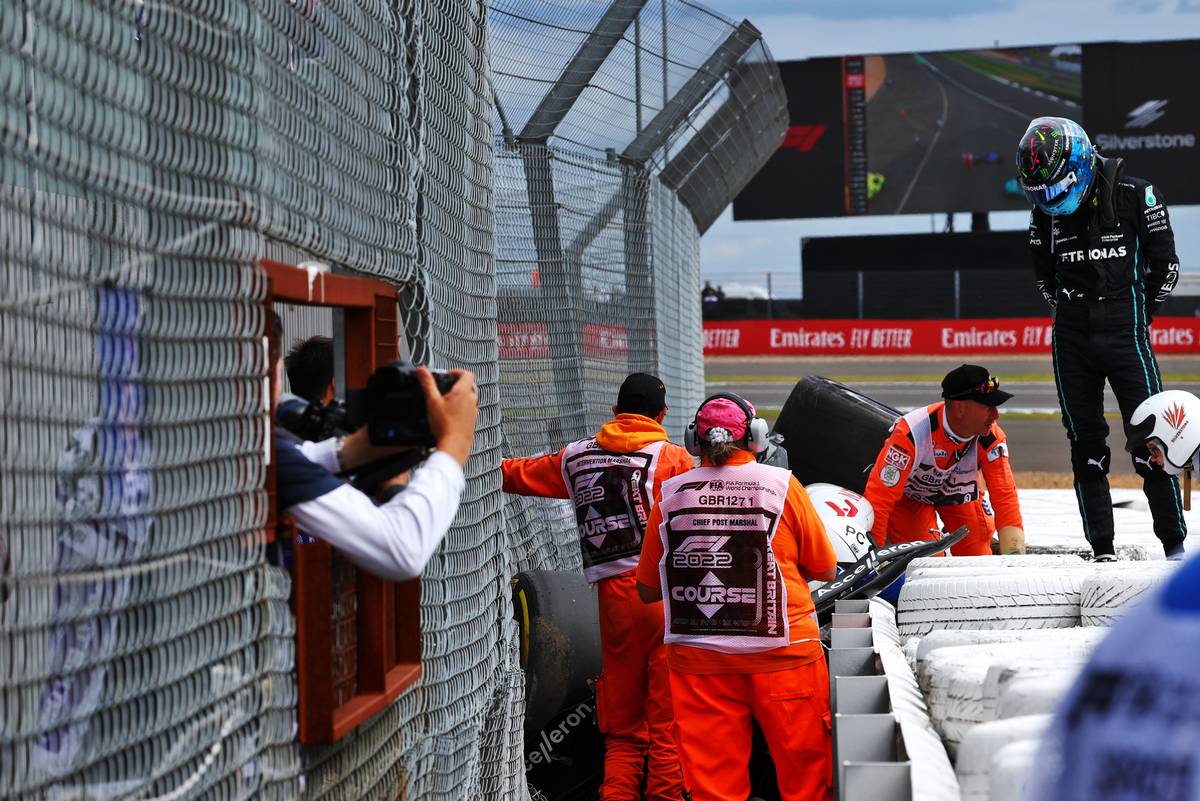 "The Halo saved me today, and it goes to show that every step we take in improving our cars has real, valuable results.

"I’m keener than ever to get back on track and do what I love," he added. "I’m fit and I’m looking forward to Austria next week.”

“I think we can all agree that the most important thing today is seeing Zhou come out of such a huge crash without any injury," said Alfa Romeo team principal Frédéric Vasseur.

"What we witnessed were dramatic scenes, and once again we have to thank the great improvements in safety spearheaded by the FIA and F1 for a positive outcome. 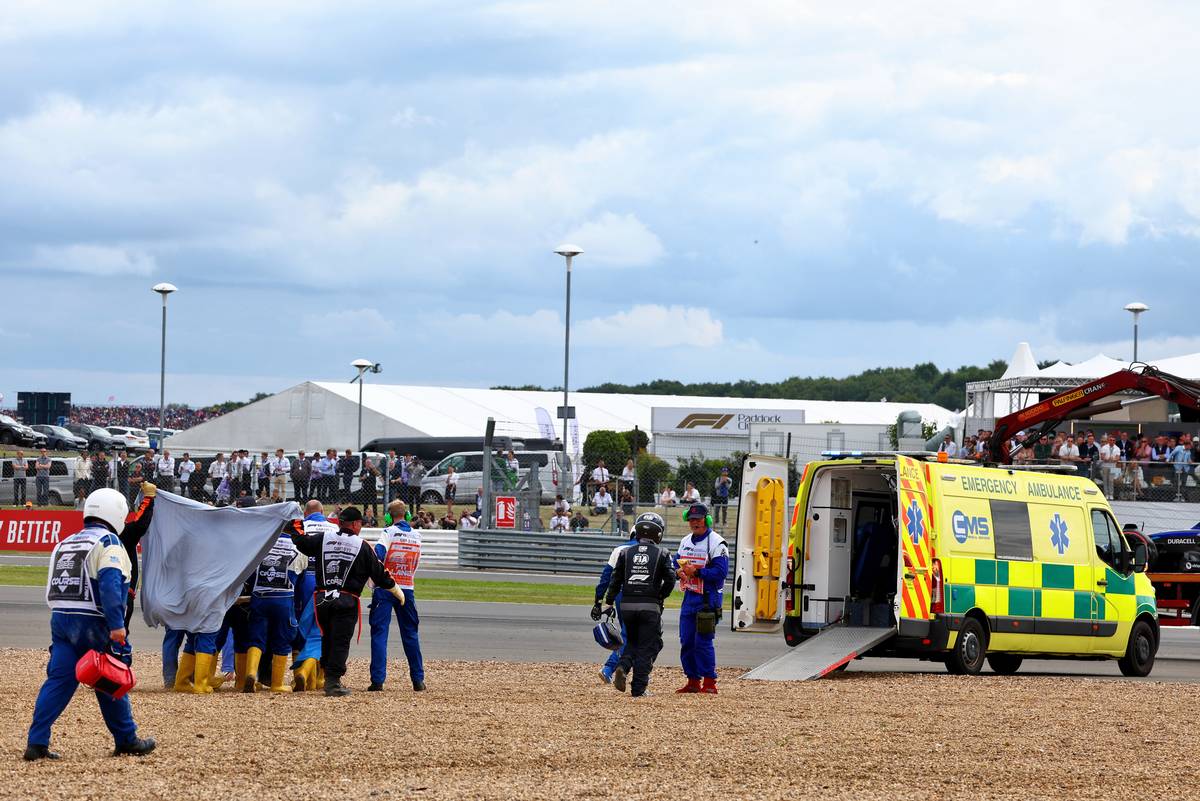 "The work to improve safety in our sport is never done and today reminds us of just how important this is," he noted. "Zhou is ok and fit to race in Austria next week, and this is the big victory of the day."

The accident triggered an immediate red flag while Zhou was attended to, during which the team was quick to reassure his team mate Valtteri Bottas that the Chinese rookie was okay.

Bottas was able to take the restart after a 53 minute delat, but ended up retiring from the race after 20 laps with a gearbox issue while in eighth place.

“First and foremost, the main thing today is that Zhou is fine," said the Finn. "It was a big shunt, and I’m glad that nothing serious happened and that he has already been cleared by the FIA. 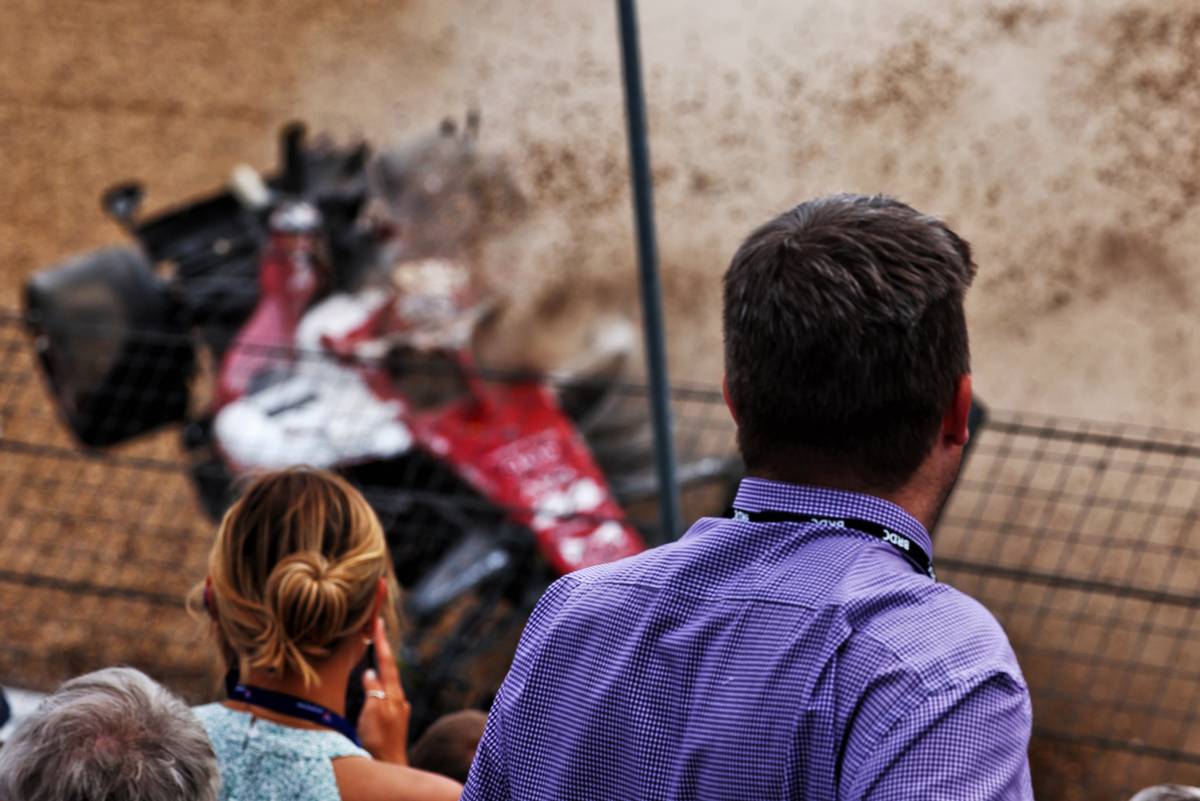 "Today we got additional proof on how the Halo is one of the greatest innovations in F1, and how safety has improved in recent years.

"For what concerns my race ... we had an issue with the gearbox, so I ultimately had to stop to prevent further damage. It was unfortunate because we had good pace and we could have scored a big amount of points."

Zhou was not the only one to need medical assessment following the accident, with Williams' Alex Albon also getting spun round in the aftermath of Zhou getting flipped and then being hit by multiple cars in the chaos.

As a result, he was sent to a nearby local hospital in Coventry for further checks, but like Zhou was reported to have suffered no significant injuries.

"I’m very glad that everyone else involved in the first lap incident is okay, the Thai driver said in the Williams press release. "Thank you to all the medical staff at the track and Coventry Hospital. 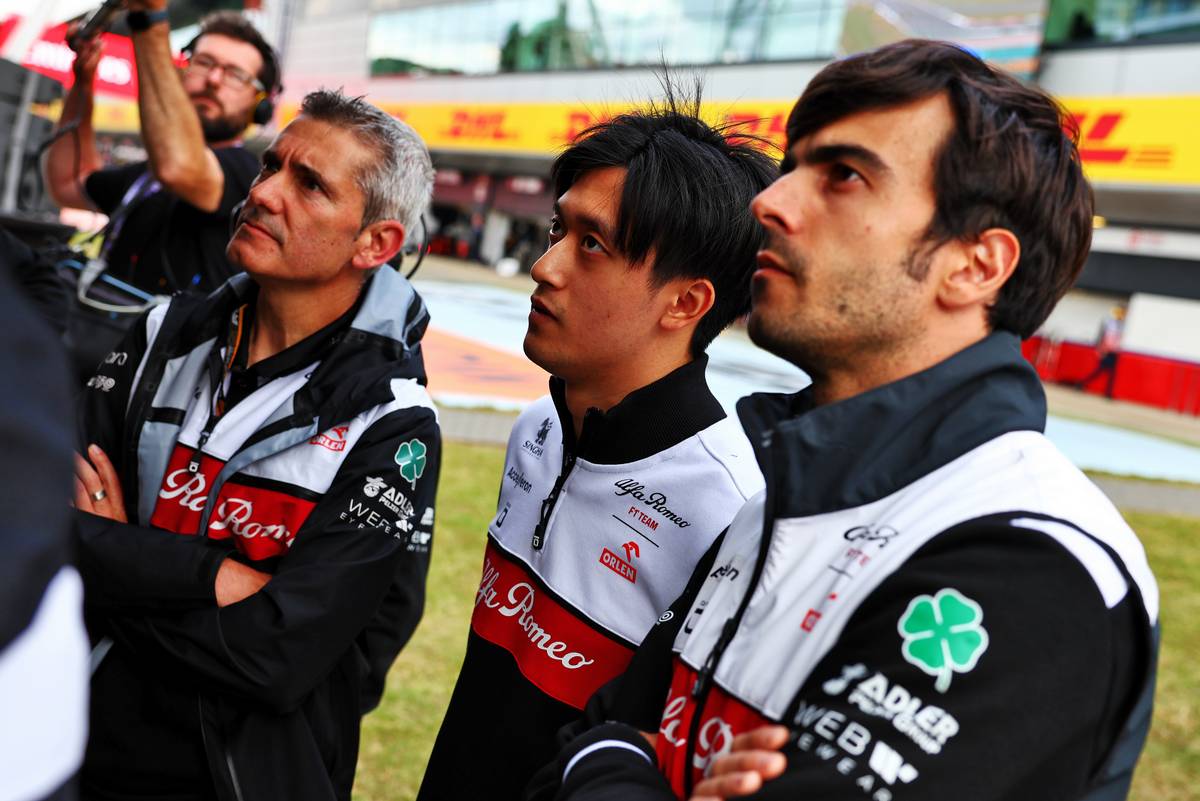