Ferrari's Hypercar that will take part in the World Endurance Championship in 2023 took to the track for the very first time at Fiorano on Wednesday.

Ferrari announced its return to the top class of sportscar racing back in February 2021 and teased its 2023 car ahead of this year's running of the Le Mans 24 Hours.

Next year, the Italian outfit will return to endurance racing exactly 50 years after its last works effort in the category.

A spy shot from Maranello-based photographer Simone Masetti which the Italian published on his Instagram account showed the hybrid car – with Ferrari factory driver Alessandro Pier Guidi at the wheel - masked in a camo livery and featuring a stylish rear wing.

"This is a very exciting moment, eagerly awaited both by the people who worked on this project and Ferrari fans," said Antonello Coletta, Head of Ferrari Attività Sportive GT on the Italian outfit's website.

"Being able to touch the result of many months of work, planning, and simulations gives us new energy and motivation.

"We are proud of what we have achieved, and although the LMH’s masking during testing hides the car’s volumes and styling, I think it is undeniably recognisable as a Ferrari."

Ferrari says that its path to a return to the endurance world championship, culminating with its participation in the centenary edition of the Le Mans 24 Hours in 2023, will continue with "an intense development programme" that will be conducted by the official Ferrari Competizioni GT drivers. 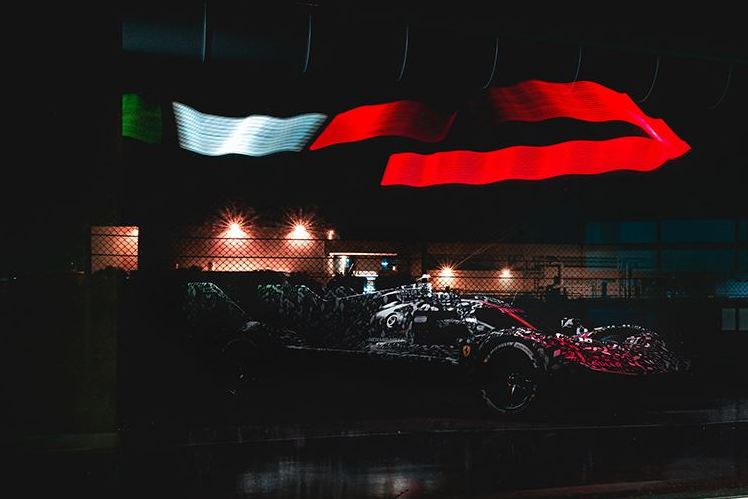 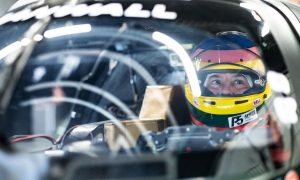 Villeneuve returns to the WEC with Vanwall Hypercar 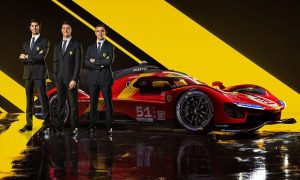