Mercedes is fielding an updated W13 at this weekend's French Grand Prix, and the first images have emerged of the car's slightly altered nose design.

The Brackley squad has spent a considerable amount of time and resources on its new-generation car during the first half of the season as it worked tirelessly to solve its porpoising issues.

But the team also implemented a significant upgrade package at Silverstone which appeared to mitigate its bouncing problems.

A stabilization of the car's behaviour has allowed Mercedes to gradually focus once again on the W13's development, and the car's tweaked nose is likely but one element that will be unveiled this weekend at Paul Ricard.

A visual comparison between the W13's latest nose and front wing assembly and its predecessor (new nose on top) shows an element that appears slightly more tapered and rounded in its shape. 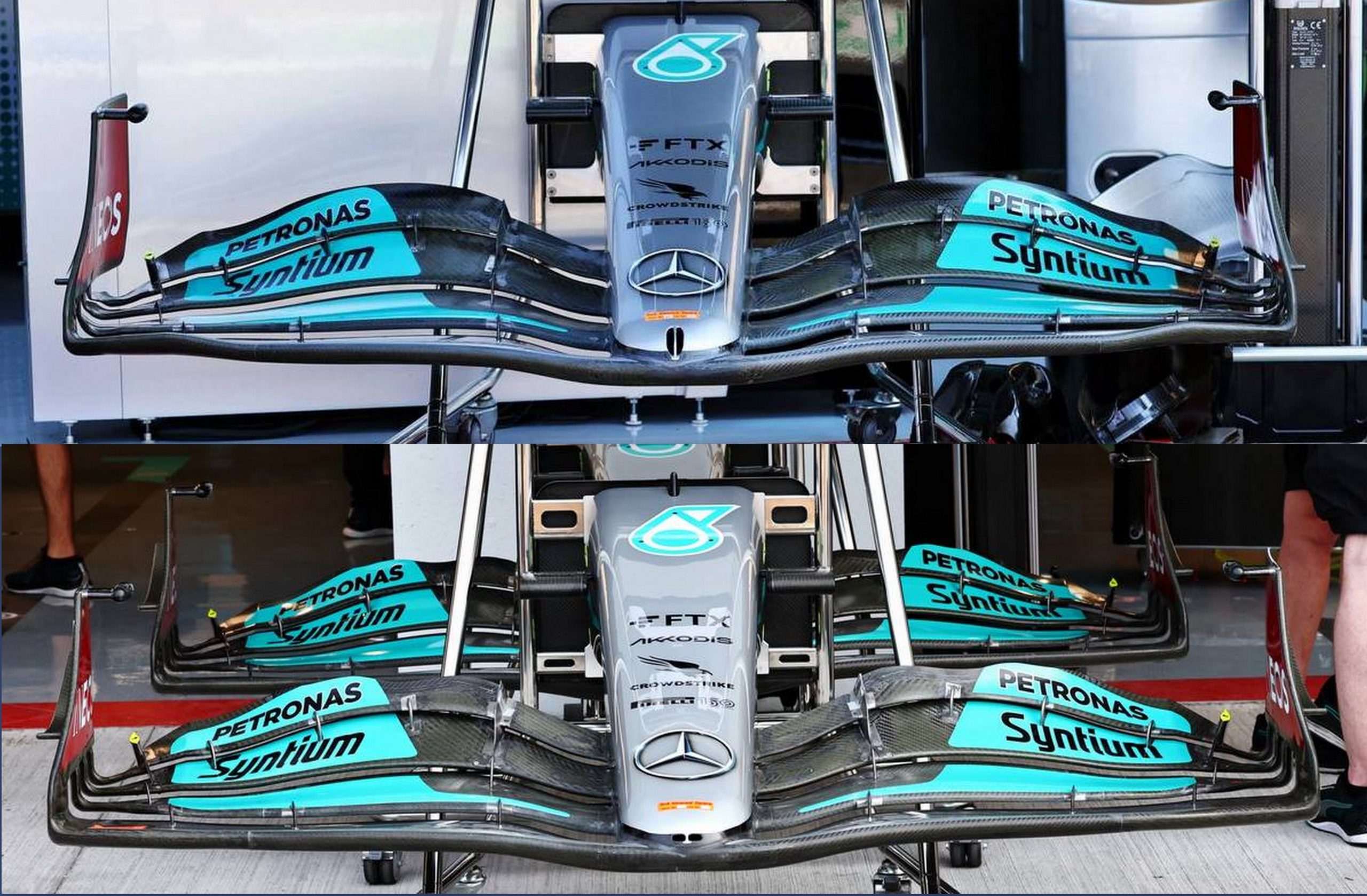 The wing flaps and mainplane look similar on the two elements, but the end tips appear to sweep slightly inward although this may be the result of a simple photographic illusion.

Mercedes heads into this weekend's round of racing in France on the back of four successive podium finishes, and Paul Ricard's specific layout and smooth surface are expected to benefit the Silver Arrow squad.

"I'm pleased with the momentum we are building, and it reflects the mammoth effort of the team," said team boss Toto Wolff in Mercedes' Frebcg Grand prix preview.

"Our understanding of the W13 is growing with every lap and it's encouraging to see that reflected in our development and results.

"While we were quicker in Austria, we still weren't quick enough to challenge at the front. We need to keep chasing those final few tenths and bringing new developments to the cars, including this weekend in France."

Vasseur: Zhou 'ticking all the boxes' in and outside the car