Fernando Alonso says any team that hasn't finalized its driver line-up for 2023 is a potential option for him, but the Spaniard insists his priority remains with Alpine.

The announcement of Sebastian Vettel's retirement has given another impetus to F1's silly season, with pundits speculating on the identity of the driver that will fill the German's seat at Aston Martin.

And a move could trigger a small chain reaction that could reset part of the grid.

Alonso, whose current contract with Alpine runs until the end of this season, could be courted by Aston Martin as Vettel's replacement.

"From the beginning of the summer break, it will be the point I need to sit down and conclude something," Alonso said. "The summer break starts on Monday.

"All the teams are an option as long as they don’t have two drivers signed." 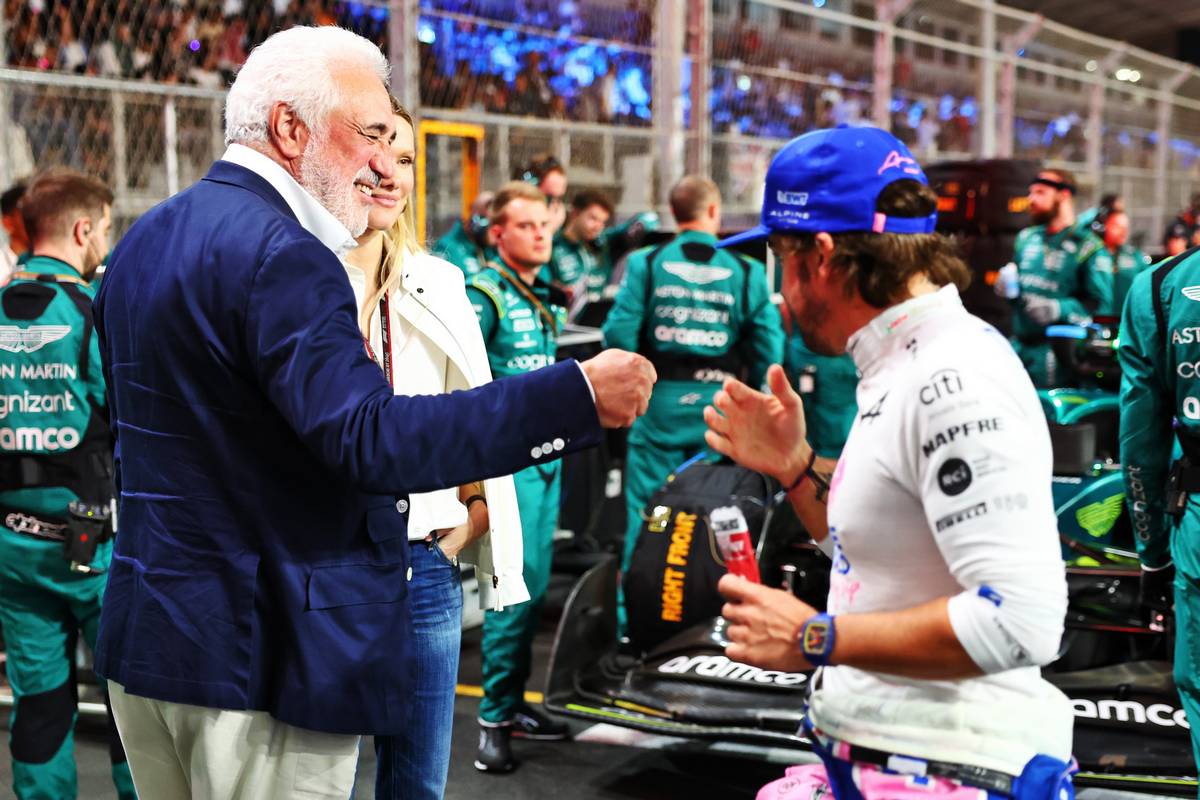 While keeping his ear to the ground, Alonso knows all to well that a move away from Alpine would deprive him of reaping the dividends of the hard work and investment he's made into the team in the past year and a half.

"My priority is to be with Alpine," he added. "We’ve been working and developing this project together for two years now. We are more and more competitive.

"Probably my wish is to stay. But we didn’t sit down completely and move forward with things. So still everything is ongoing."

By 'things', the two-time world champion is likely alluding, among other factors, to the duration of a potential new contract with Alpine, with a two-year extension likely being sought, and to its value.

Money is likely to be a hotly debated topic between Alpine and Alonso, as the latter is one of the sport's biggest earners. But again, the near 41-year-old knows that he can no longer command the massive retainer he once enjoyed in the sport.

Still, Alonso's services don't come cheaply, especially as the 32-time Grand Prix winner remains entirely committed to F1 at the exclusion of anything else.

"I think I am fresh here [in F1], very motivated," he said. "I’m looking forward so much into next year, what the second year of these rules will bring.

"We race in Las Vegas, we race maybe in South Africa. All these things, they are very appealing.

"I feel very fast this year, last year was a struggle a little bit. But this year I feel at my 100 per cent.

"Now even thinking about sportscars or IndyCar it’s like ‘not now’. My head is completely ‘remove this’ and stay focused on F1."

Leclerc moves on: 'No point in staying in the past'

Vettel relieved as retirement decision was 'a distraction'