Lewis Hamilton says he'll continue watching Formula 1 when he's long gone from the sport, and the Briton vows to cast a positive view on all the drivers in the field, having experienced too much negativity from others during his time.

Hamilton has no intention of sailing off into the sunset anytime soon, but the seven-time world champion also recognizes that he likely only has a few more years of drive and energy in him to perform at the top.

Earlier this year, Sir Jackie Stewart lamented that Hamilton had not retired while at the top rather than endure the pain of no longer being a championship contender.

But public comments on the sport by fellow F1 legend Nelson Piquet and Bernie Ecclestone also drew a reaction from Hamilton who last month at Silverstone encouraged F1 and the media to stop giving "older voices" with archaic views a platform.

"In the last couple of weeks, I don’t think a day has gone by when someone who has not been relevant in our sport for decades has not been saying negative things and trying to bring me down," he said at the British Grand Prix.

"But I am still here and still standing strong. I’m focused on my work and pushing for diversity and inclusion in our sport. Crisis management. It’s not enough. Now it’s time for actual real action.

"Formula 1, the media, we should not be giving these people a platform. I’ve always tried to be respectful to these individuals but why did we give these guys a platform? 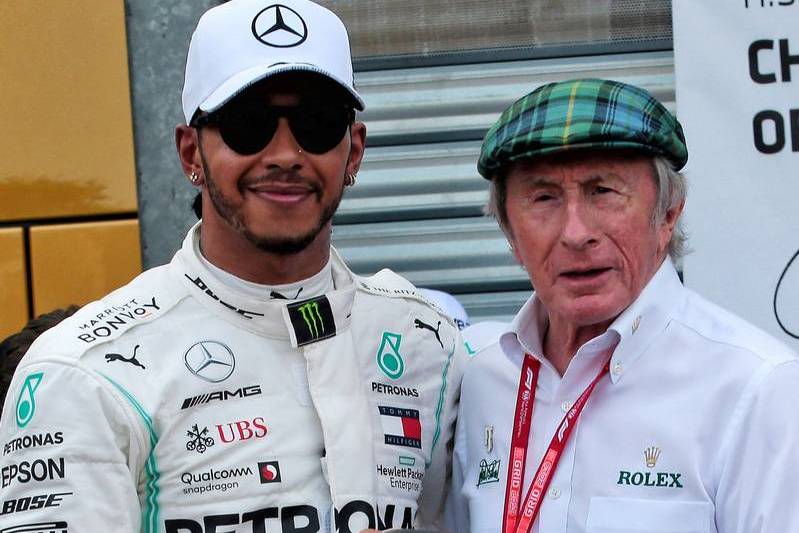 In a recent interview on ViaPlay with his former McLaren teammate Heikki Kovalainen, Hamilton took another dig at those negative voices from the past, whoever they may be, insisting his outlook on the sport will be very different once he retires from F1.

"I’ll always want to be someone that’s being positive to whichever drivers that are here, good or bad, because you know how difficult it is to start, and how it can suck and how days can be good and how people can be negative about you.

"I don’t ever want to be one of those drivers that does that, because we’ve experienced that."