Earlier this year Ratcliffe made a dramatic late bid to buy Chelsea FC when former owner Roman Abramovich was forced to sell his prize asset in the wake of sanctions levelled against Russian oligarchs over Ukraine.

However the bid came some time after the official deadline had passed, and was rejected by the consultants in charge of expediting the sale.

But now the start of the 2022-3 Premier League season has been a disaster for Manchester United and left the former champions at the bottom of the table after the first two matches.

The team is currently owned by the American Glazer family who bought the club in a heavily leveraged deal in 2005 for almost $1 billion. Disgruntled fans are now petitioning for a change.

Ratcliffe's interest in buying the club was confirmed by his spokesperson, who told The Times newspaper: "If the club is for sale, Jim is definitely a potential buyer. 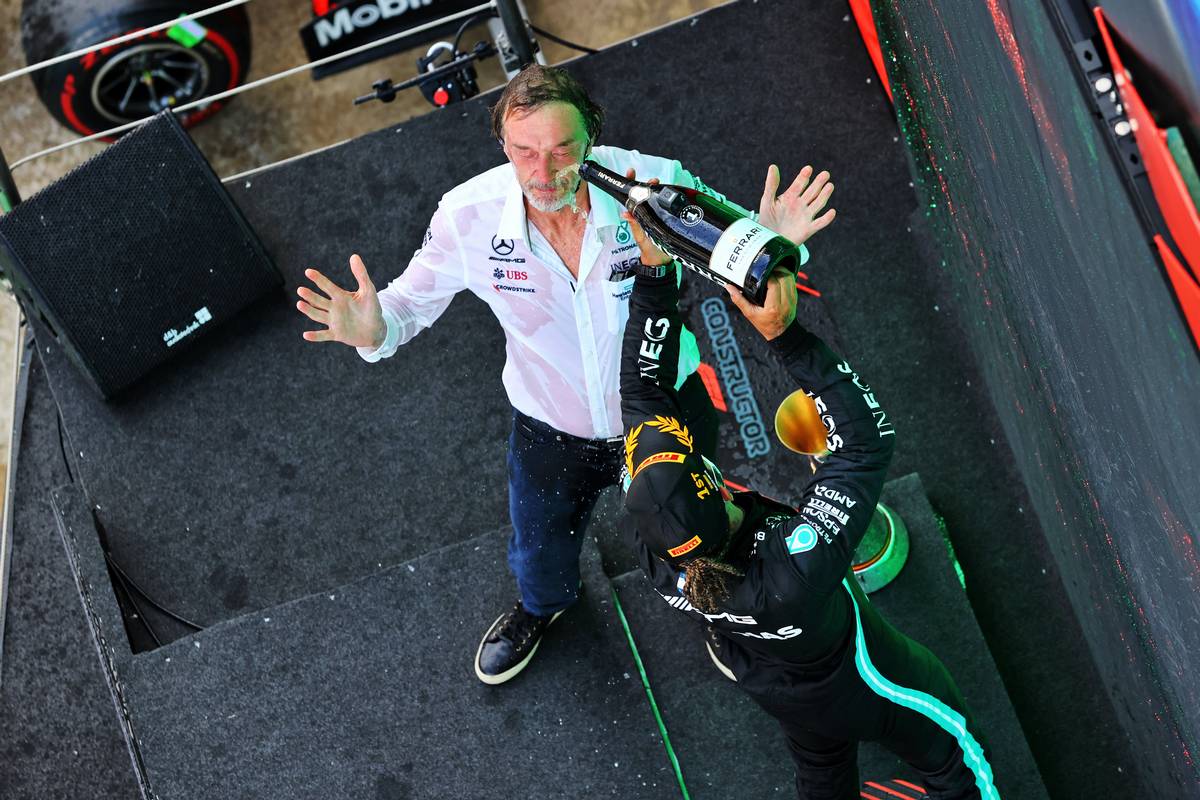 Jim Ratcliffe, CEO of INEOS, on the podium in Spain with Lewis Hamilton in 2021.

"If something like this was possible, we would be interested in talking with a view to long-term ownership," the spokesperson for the 69-year-old added.

There was also a mischievous social media post from Tesla owner Elon Musk suggesting that he was taking over the team: "Also, I’m buying Manchester United ur welcome", he tweeted on Wednesday.

However he quickly followed this up by stating emphatically that this hadn't been a serious suggestion. "No, this is a long-running joke on Twitter. I’m not buying any sports teams."

Musk is already embroiled in a contested buy-out of the social media platform for around $44 billion and not likely to be interested in any other financial 'distractions' at this time.

The current cost of Manchester United is believed to be in excess of $2 billion.

Manchester United has not immediately responded to requests for comments on the various buy-out rumours currently swirling around.

Since his involvement in the unsuccessful bid for Chelsea, Hamilton has become part of the new ownership group of the NFL's Denver Broncos, one of the American football league's most successful franchises.

The bid from a syndicate of investors led by 77-year-old billionaire and Walmart heir Rob Walton is subject to approval by the NFL. Other prominent investors include former US Secretary of State Condoleezza Rice.