Max Verstappen might be set to start Sunday's Belgian Grand Prix from the back of the grid due to power unit penalties, but the Red Bull driver was nonetheless in dominant form on Friday in the damp second free practice session at Spa-Francorchamps.

Despite intermittent drizzle and light rain at times, Verstappen's time of 1:45.507s was a second quicker than the best of FP1. He was over eight tenths quicker than Ferrari's Charles Leclerc could manage in the session, with Lando Norris third for McLaren ahead of Aston Martin's Lance Stroll.

It was a somewhat subdued session for Mercedes with Lewis Hamilton sixth quickest and George Russell eighth after struggling for grip while running the hard tyres. A hydraulics issue left Sergio Perez in P10, while the conditions meant a number of drivers visited the gravel but with no lasting harm done. 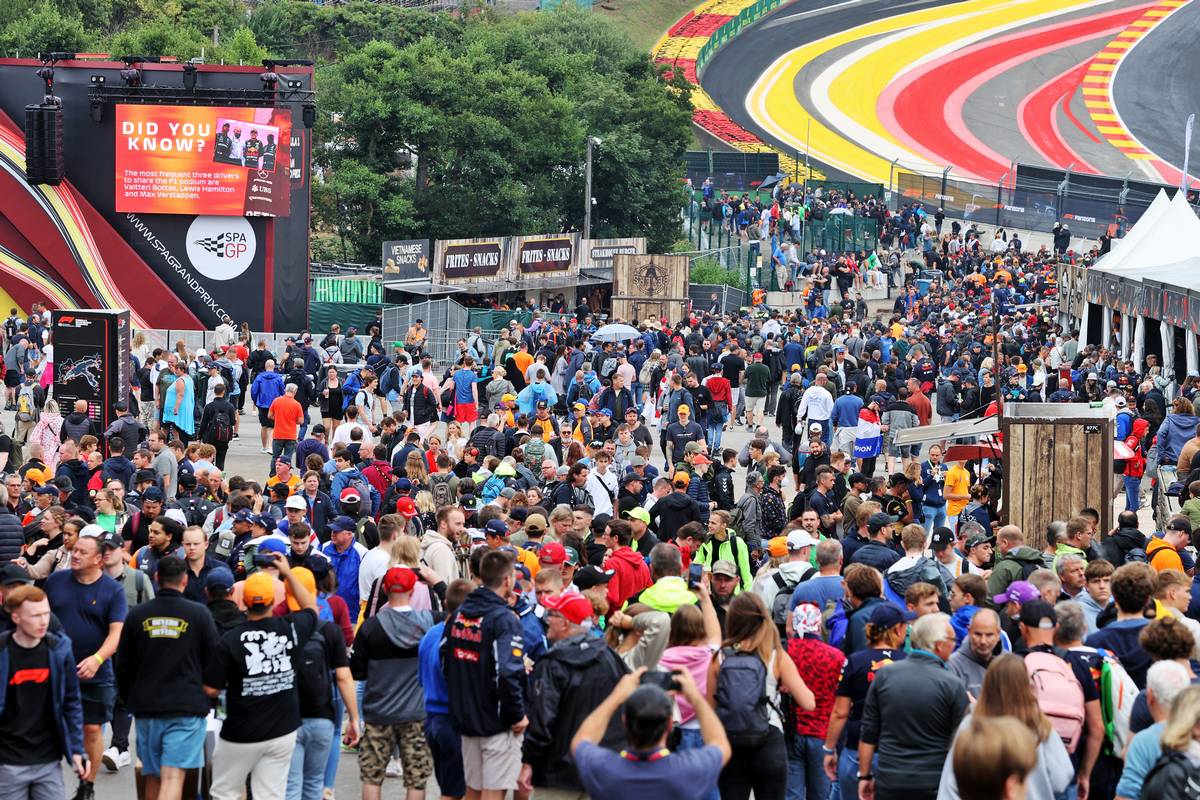 It might still be high summer, but the weather in the Ardennes remained grey, overcast and gloomy as the drivers got back to work for second free practice ahead of this weekend's Belgian Grand Prix, with the risk of further light rain forecast. It had already rained again since the damp finish to FP1 and despite support races helping to clear off the water in the meantime the track was still wet in places, although not by enough to deter anyone from bolting on sets of mediums to get the hour-long session underway.

Everyone bar McLaren's Lando Norris was quick to get down to business with at least an installation lap. Max Verstappen took early charge of the timesheets with a time of 1:47.699s, which was half a second quicker than the two Ferraris with Charles Leclerc quicker than his team mate Carlos Sainz.

Sainz' next run saw him skate wide into the gravel at turn 13, which he wryly reported to his race engineer as "a little bit of rallying". It did little harm and he still improved his time, although Verstappen found even more speed to post a new top time of 1:46.850s with Sainz now second ahead of Leclerc, Sergio Perez and Yuki Tsunoda. Norris was also in action by this time and posted a time good enough for sixth ahead of Alfa Romeo's Zhou Guanyu. 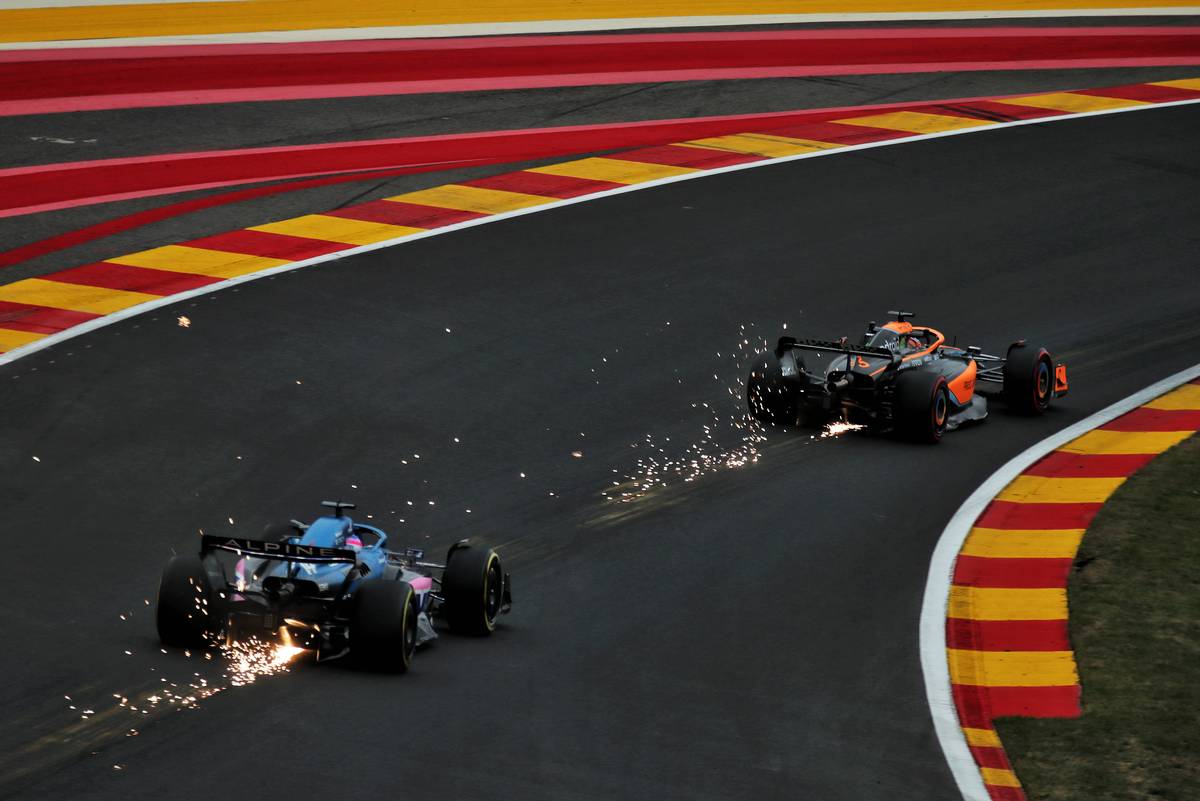 Daniel Ricciardo was eighth fastest having opted to try the soft compound tyre on his McLaren, but the two Mercedes drivers were not enjoying themselves on the hard compound. Lewis Hamilton was tenth and George Russell a distant 16th as the W13 suffered lock-ups and struggled for grip in these conditions. Notably the bottom three drivers - Sebastian Vettel, Valtteri Bottas and Nicholas Latifi - were the only other runners starting on that white-walled tyre.

Once the remaining damp patches had dried up, it was time to get down to more serious business. A switch to the soft compound briefly bounced Russell up to third place but it was still not enough to get ahead of Verstappen and Sainz, even before their own latest laps saw the Red Bull driver set a new top time of 1:45.507s.

Leclerc's riposte was 0.862s slower, while Norris and Lance Stroll subsequently improved to third and fourth ahead of Sainz, and Hamilton's latest leaving him sixth. A terrific lap from Alex Albon saw the Williams manage to split the two Mercedes drivers in seventh, but he was soon pushed down to tenth by quicker efforts from Fernando Alonso and then by Russell and Ricciardo.

With a few drops of renewed rain reported in places around the seven kilometre circuit - the longest on the current calendar, and with a micro-climate all its own at the best of times - the only driver not to have set a time on the soft tyres with 25 minutes remaining was Sergio Perez. He had completed only seven laps up to this point and not set a representative time, with the engineers busy dealing with a hydraulics leak on the RB18 in the Red Bull garage. When he was finally able to come out and play he posted a time good enough for P10, some 1.8s slower than his team mate at the top of the table. 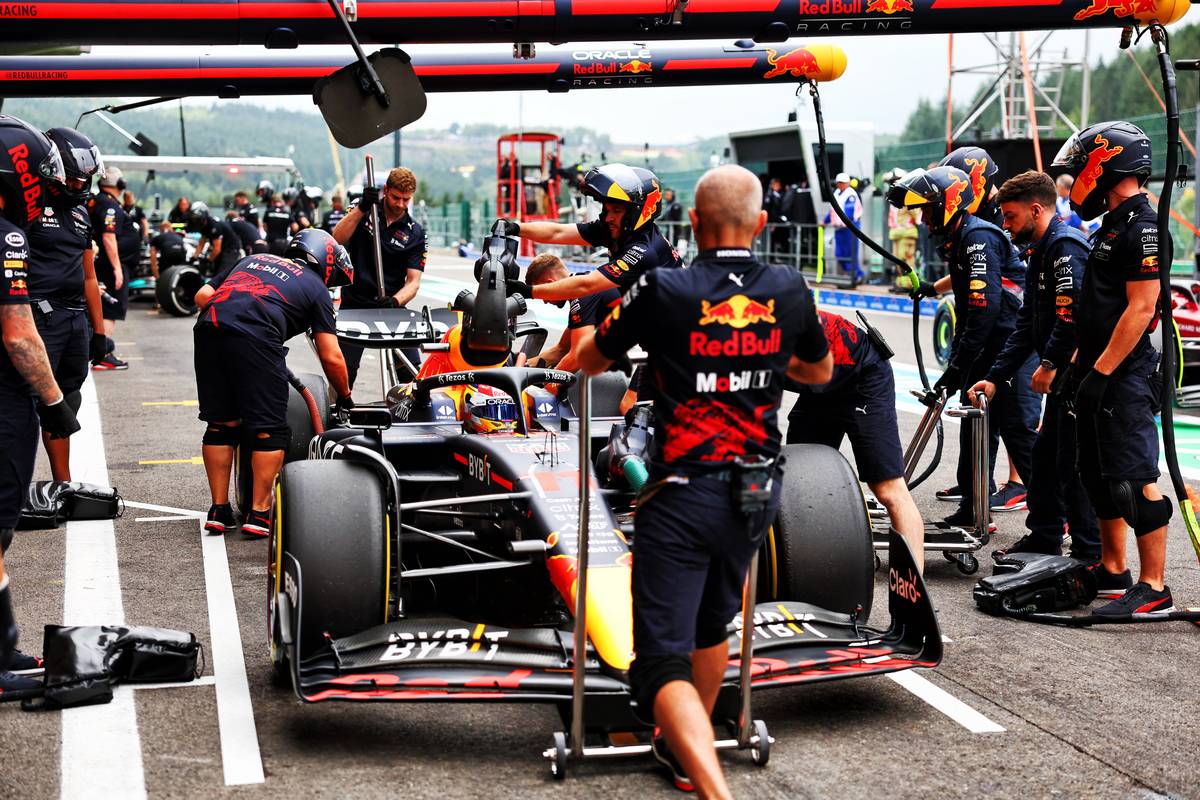 As for the rest of the drivers, it was time to focus on longer distance race simulation laps to explore the effects of tyre degradation on a variety of compounds, meaning that the order on the timesheet remained largely unchanged. Gasly was still on softs when he found the gravel at turn 8, fortunately managing to power his way to safety without causing a red flag.

The rain soon picked up and the cumulative effect was starting to thwart the drivers in their latest runs. As conditions deteriorated, Sainz briefly went wide at Les Combes while Hamilton had to save a lurid slide running through Eau Rouge, and Norris also had a moment at the top of the hill where grip was at its worst.

Mick Schumacher was next to have a scare as he slid off at turn 7 in the Haas, telling the pit wall that it was hard to spot the treacherous wet patches in time. Albon and Alonso were similarly caught out, but none in a terminal manner and all were able to carry on without triggering any stoppages.

In the final minutes Aston Martin took the opportunity to send Sebastian Vettel out for a test lap on full wets to gather some data on the crossover point, but teams were getting nervous about the risk of incurring any costly unnecessary damage. Most drivers effectively called it a day, with only practice starts remaining once the chequered flag called time on the session after the drivers had missed out on the opportunity at the end of FP1. 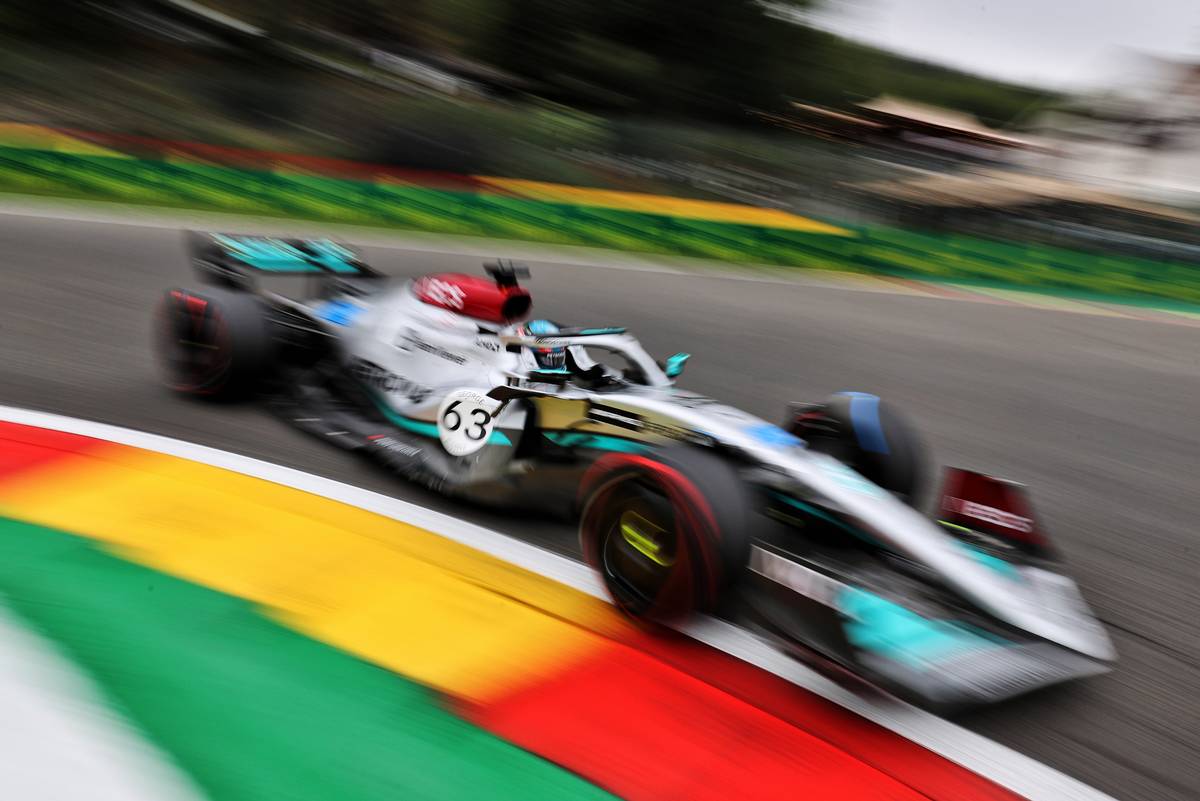 Szafnauer: 'I wish Piastri had a bit more integrity'