Carlos Sainz will launch his Belgian Grand Prix from pole position thanks to Max Verstappen's grid drop, but the Ferrari charger was left scratching his head over the performance gap to Red Bull in qualifying.

Sainz clocked in second in the Saturday shootout, but 0.632s adrift from an imperial Verstappen who set his fastest lap on his first run in Q3 and who refrained from a second flyer to save engine mileage.

From the outset at Spa, Verstappen has been in a league of his own with Red Bull's RB18 trouncing its rivals around the challenging Ardennes circuit. But the Dutchman will be chasing hard from behind on Sunday following his power unit changes and subsequent grid penalties.

Fortunately, Sainz managed to outpace Sergio Perez in Q3 despite a messy final run in the segment.

But after qualifying, the Spaniard urged his team to "keep digging" to find more performance to try and keep Red Bull at bay come Sunday.

"Happy to be starting on pole obviously," Sainz said. "Not so happy to see the gap to Max this weekend and the gap that Red Bull has on us.

"We need to keep digging to see why Red Bull is so fast around this track. But to start from pole is a good place to start and we will try and win from there tomorrow."

Ferrari tried its best to help Sainz improve on his first Q3 run by timely sending Leclerc out to provide his teammate with a beneficial slipstream up Spa's Kemmel straight. To no avail however, as Sainz's second effort was ultimately slower than his first. 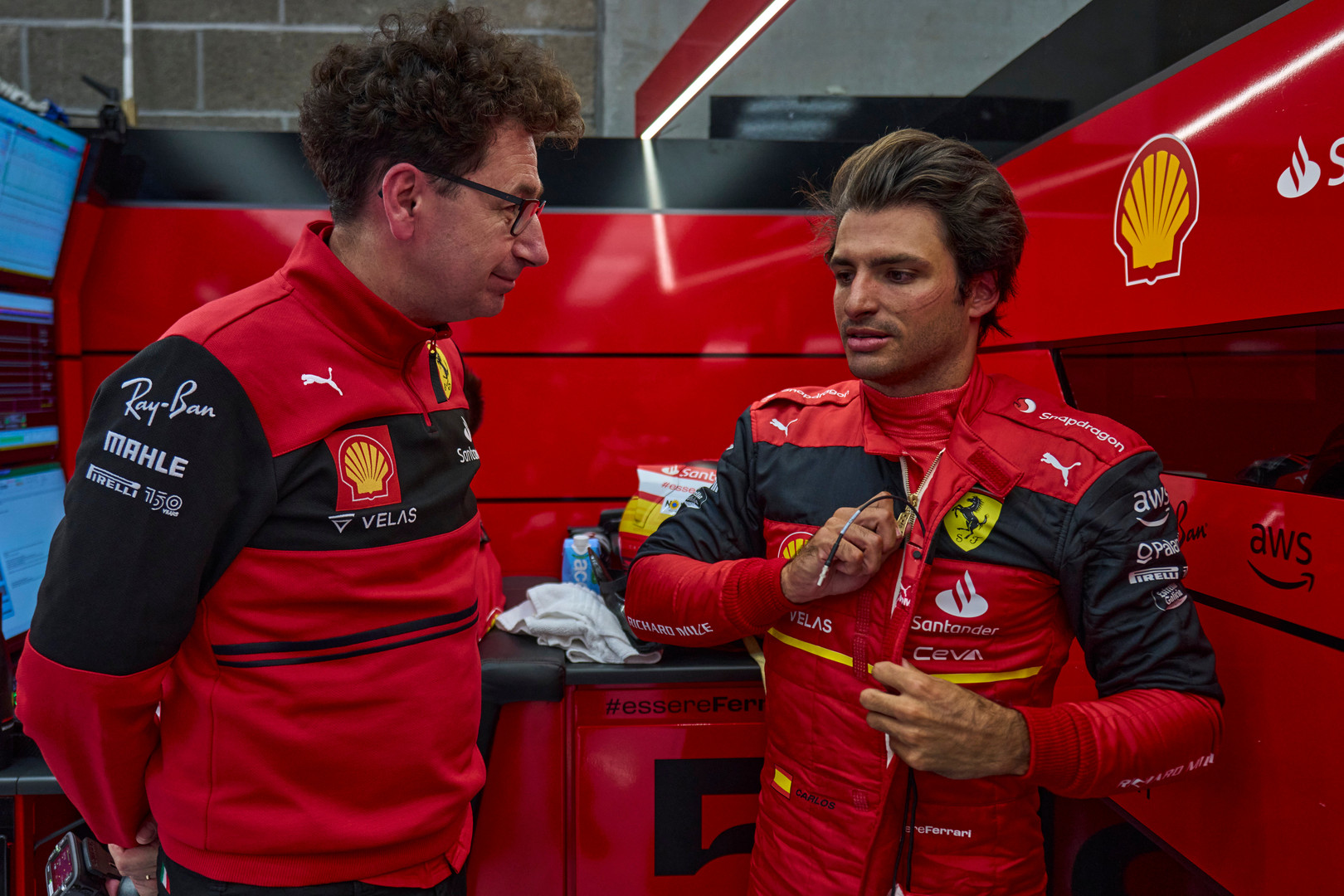 "My Q3 run one was cleaner," he said. "The out lap was a bit of a mess playing with the tows, see who wanted to lead, in the end I had to lead and I had no tow and I had to take the lead there.

"In general, it was a bit of a mess and the first lap was good enough for P2, which I knew was going give me the pole.

"But yet still a bit puzzled to see this big gap to Max and to see the big gap to Red Bull, which makes me wonder what's going to happen tomorrow in the race because I think our race pace is a bit better than our quali pace.

"But there's definitely something there to find."