Red Bull racer Max verstappen has rarely looked in more impressive form than he did in today's qualifying session for the Belgian Grand Prix at Spa-Francorchamps.

The team had dominated final practice, and Verstappen was quickest in the first round of qualifying by almost half a second over Ferrari's Carlos Sainz.

Charles Leclerc then took the honours in Q2 by completing a second push lap while Verstappen watched on from pit lane having already assured himself or progressing to the final top ten pole shoot-out round.

But when the cars went out for Q3 there was no doubt about Verstappen's superiority on thew track, with his time of 1:43.665s leaving him a whopping 0.632s ahead of Sainz.

“It was an amazing qualifying, but I think already the whole weekend, we've been on it," he told the media in parc ferme after the end of the session.

“The car has been working really well and just basically trying to fine tune it and it all came together in qualifying," he continued. "Yeah, very happy with my lap and it's great to be here.

"I would say it's definitely one of the best," he replied when asked how it ranked in his impressive series of qualifying laps in 2022. 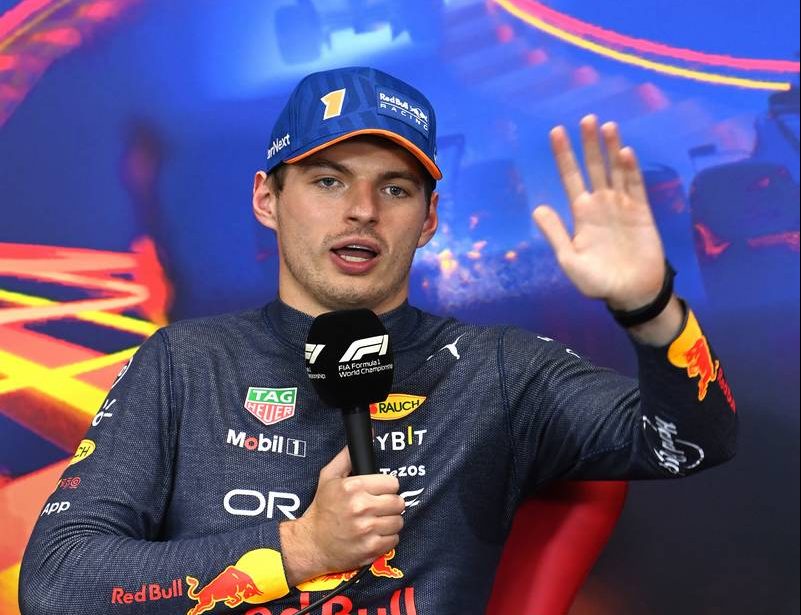 "Sometimes it's a bit easier to nail a lap than other tracks, where if you have a tiny lock up, big lap time losses," he explained. “It's an amazing track, amazing fans around. I hope they had a good day."

While it means Verstappen was awarded the pole position prize, he still won't be starting from pole for tomorrow's race because of 'back of the grid' penalties incurred after making a number of power unit component changes.

Instead he will line up in 15th place, putting him alongside title rival Leclerc when the lights go out. Both drivers will be keen to make as much progress as quickly as possible, with Verstappen clear that a podium was the goal.

“I think especially with a car like this, it will be a shame not to be on the podium," he said. “I think with the pace we have in the car, I want to move forward, and I want to be at least on the podium." 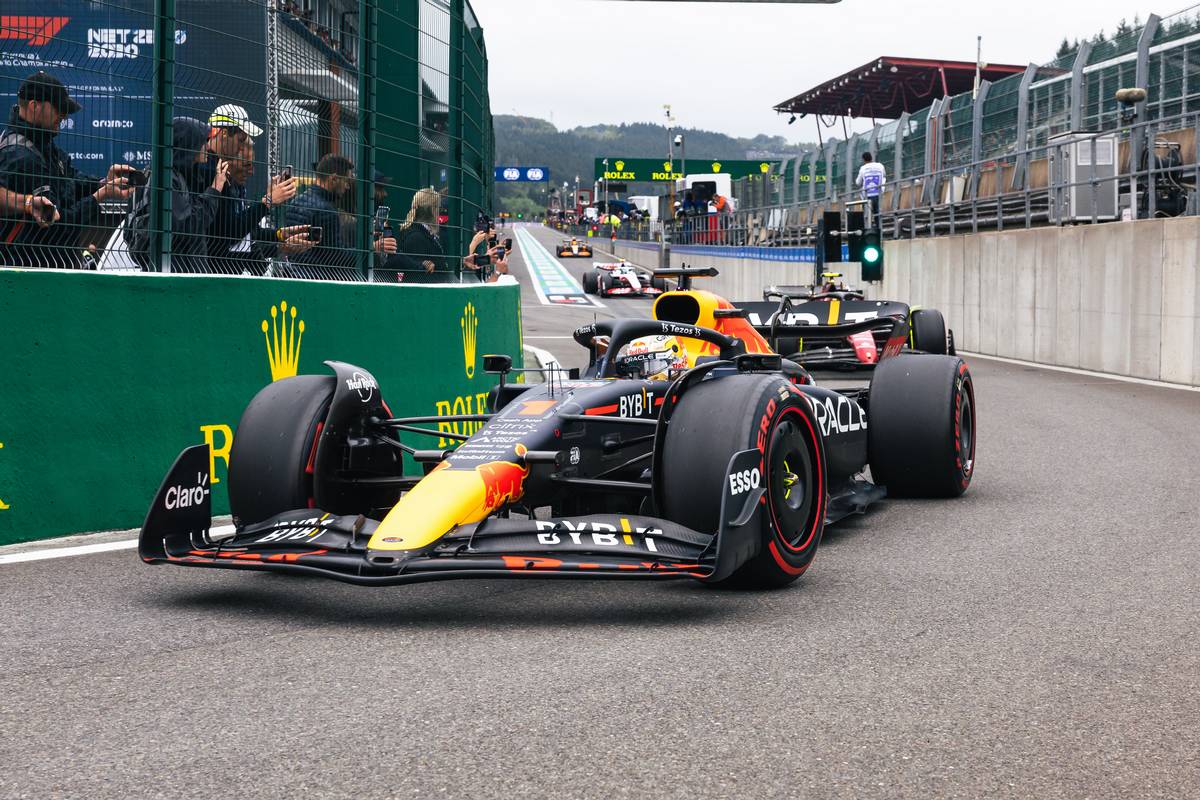 The key thing will be to ensure that he doesn't get caught up in any incidents on the opening laps that could wreck his afternoon.

“Yeah, I mean survive, of course, Lap 1," he agreed. "That’s the most important. Then after that I need to pass a few cars before of course you get into a competitive position.

"It’s a bit like Hungary as well," he said. "Of course we’re a bit further back now, but the basics are the same," adding that the race strategy had dictated the team's approach to qualifying.

“Looking for tomorrow, starting in the back ... of course you have to be a bit careful about the amount of tyres I was using," he acknowledged. 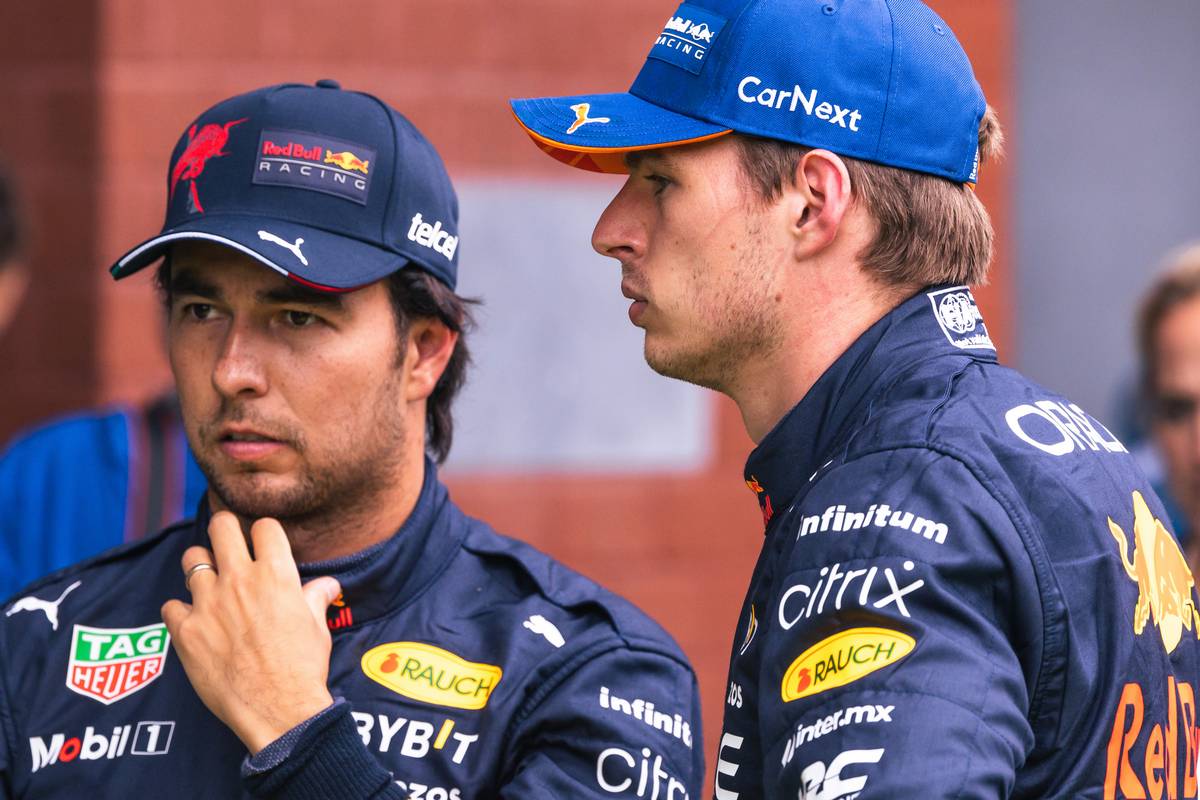 Meanwhile his team mate Sergio Perez will be at the sharp end, sharing the front row with Sainz after narrowly failing to pip the Ferrari to pole in the final seconds of Q3.

"On my second lap we ran out of time and there was a lot of traffic ahead," said the Mexican. "I just ended up too close to the cars ahead, and had no grip, so I ended up going straight into turn 5.”

Despite missing out on P1, Perez still felt that it would be a "good opportunity for tomorrow".

"I will go for it, and I really hope very early on I will be able to do my own race. That will be key for my hopes tomorrow."

Sainz happy with pole but 'puzzled' by gap to Red Bull

Hamilton and Russell dismayed by 'kick in the teeth' qualifying