Sebastian Vettel labeled his P8 finish at Spa last weekend "a good result", but the Aston Martin driver has called on his team to address its "Achilles' heel", meaning its weakness in qualifying.

From tenth on the grid, Vettel enjoyed a blistering fast start to his Belgian Grand Prix as he clocked in fifth at the end of the fit lap.

The German ran as high as fourth during his first stint and while he fell down the order after his pitstop, he battled his way back into the top six.

In the closing stages of the race, a three-way fight for P7 ensued between Vettel, Alpine's Esteban Ocon and AlphaTauri's Pierre Gasly.

During a spectacular run up the Kemmel Straight, Vettel outpaced Gasly but was unable to fend off Ocon, the four-time world champion splitting the two contenders for eighth place at the checkered flag.

"I think we had good pace on used tyres in particular, holding on to the old tyres was key," said Vettel. "Obviously, the start, the Lap 1 was good but then I was able to fight with the Alpines.

"Unfortunately, I picked up Pierre just at the wrong time so that Esteban could easily benefit," said the German as he recounted his late battle with Gasly and Ocon.

"I think I did a little mistake there, getting out of shape and I got eaten up by both so that was unfortunate.

"Eighth is a solid result. I was a little bit unlucky with the timing for the second stop.

"I came out just behind Pierre and lost a lap behind him, which allowed Esteban on new tyres to close down the advantage I had built up during the middle stint." 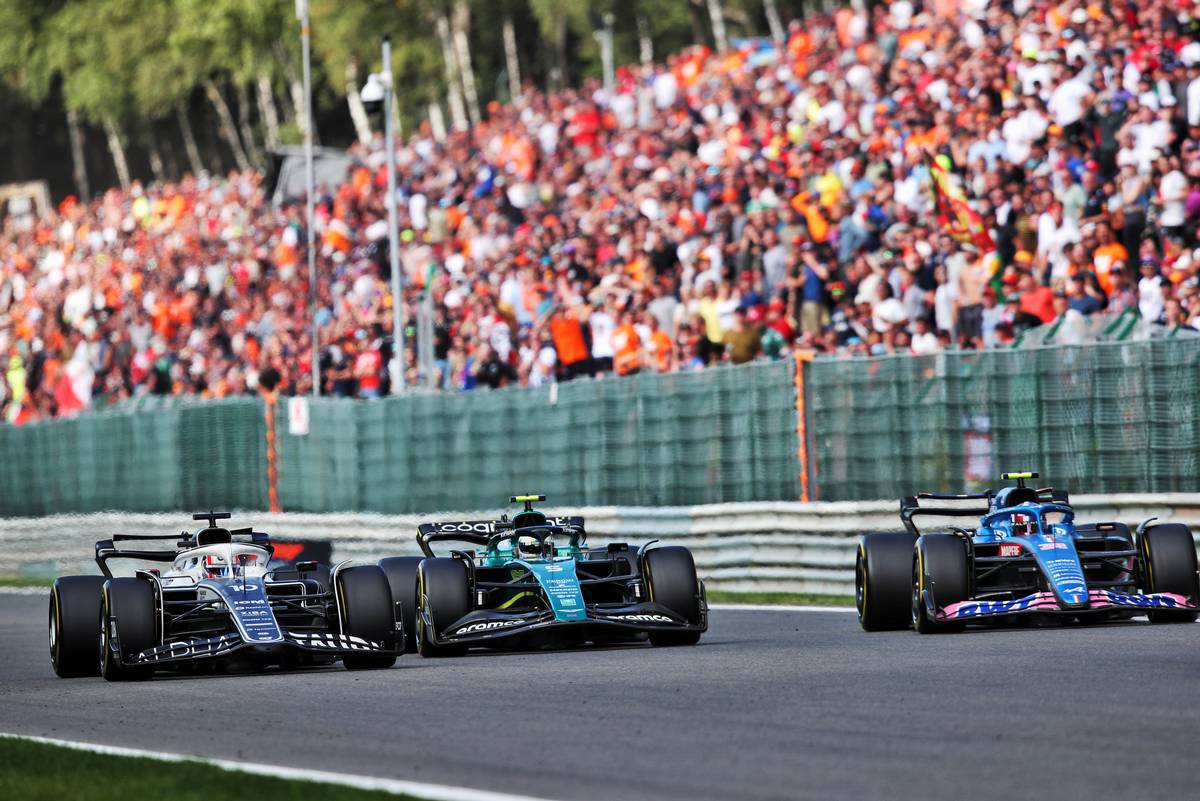 Vettel noted, and not for the first time, that his Aston Martin's pace was better on race day that it had been in qualifying.

"Once again, we were more competitive in the race than in qualifying: we started strongly, and I managed to find a decent rhythm.

"I was able to put pressure on both Alpines, and I think seventh might have been possible, but they were a bit too fast for us today. But we will bank these points."

Looking ahead, Vettel insisted that Aston needed to start higher up the grid for the team to fully exploit its car's race pace.

"The key will be qualifying, because once we are there, our race pace and our race craft generally I know is strong," he added.

"It’s just got to be able to get there in the first place, which at the minute we will struggle [with] because we don’t have the qualifying pace.

"It is our Achilles’ heel. We will try and work on it and hopefully we have another good weekend next week." 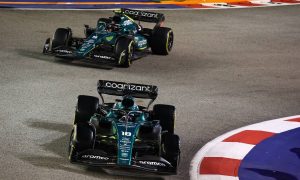 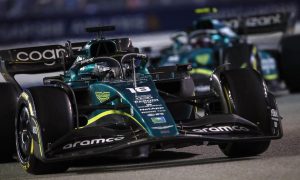