George Russell continued a remarkable run of consistency in his first year with Mercedes, securing his fourth podium finish from the last five races after picking up third place in the Italian Grand Prix at Monza.

In every race that he's finished in 2022, he's been in the top ten. That consistency means he's now just seven points behind Sergio Perez in the drivers championship with six races remaining.

But while he was certainly happy with the result today, Russell admitted that the performance of the troubled W13 still left a lot to be desired.

"Unfortunately this weekend we were not where we wanted to be as a team," he acknowledged. "But like I said on the radio, it doesn't matter if we are fast or slow - we keep getting these podium finishes!"

"Over this triple-header, two of the three weekends have been very difficult, and I've still come away with two podiums and a P4. So we've got to be satisfied with that."

Russell was only seventh in qualifying but was promoted to the front row by grid penalties for other drivers. 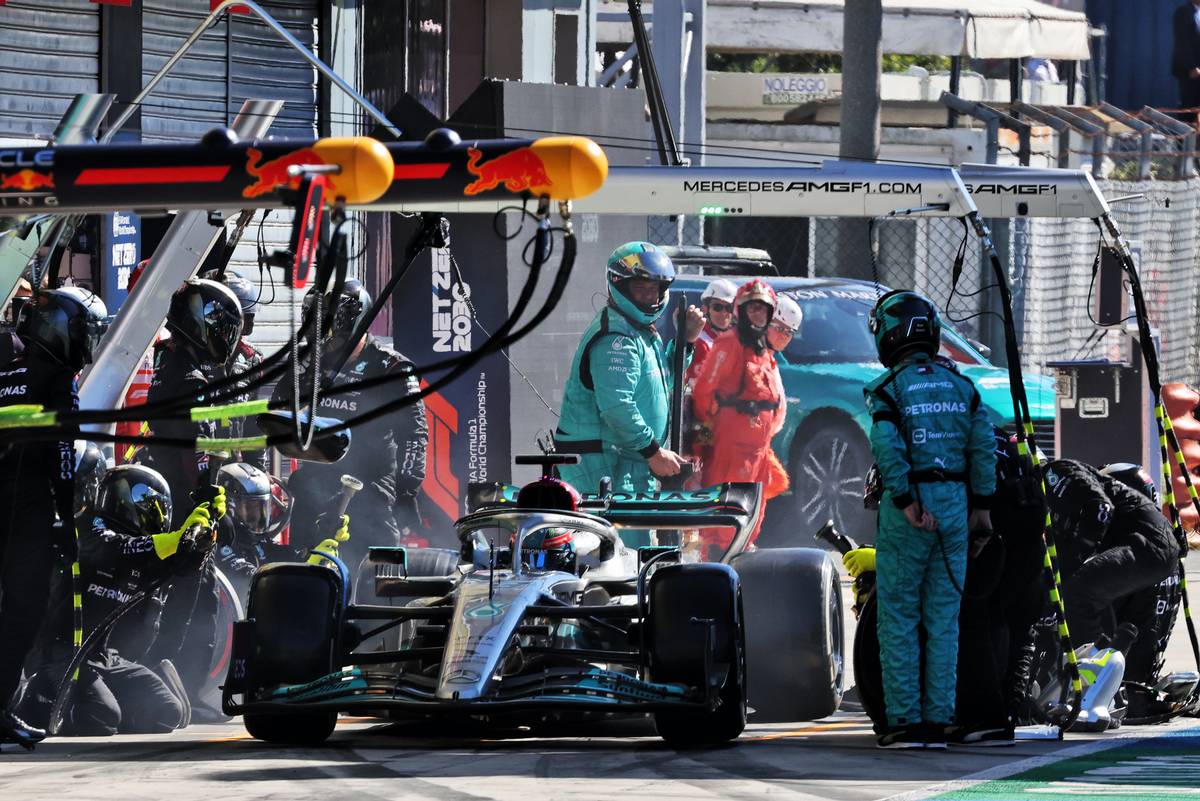 Although he did well to stay in touch of race leaders Charles Leclerc and Max Verstappen, an attempt to "do something different if we wanted to fight" by switching to the hard compound didn't pay off.

"That's all we could do in our position," he said. "But they were just too quick."

Russell's team mate Lewis Hamilton had to battle his way back from P19 on the grid having been one of those to incur engine-related grid penalties to finish in fifth place despite carrying damage from a first lap incident. 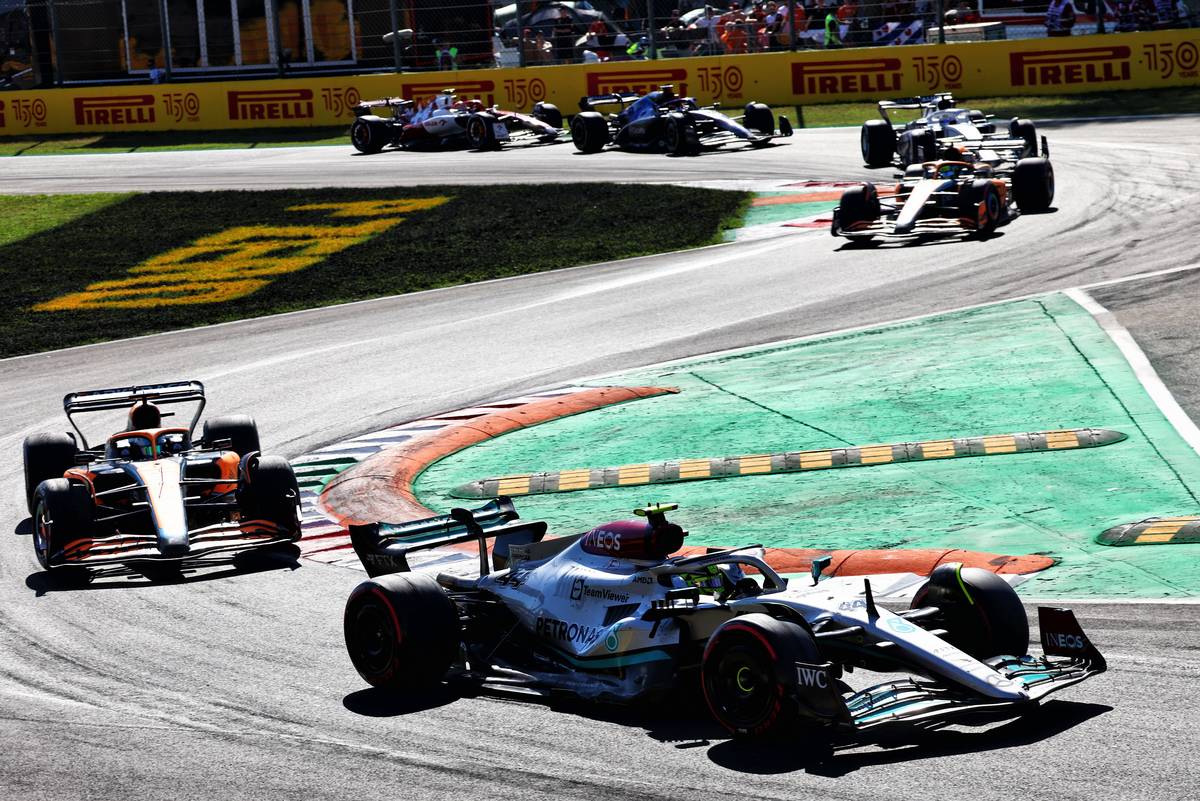 “I really enjoyed the battle with everyone, slowly working away with this car. It was definitely a challenge from the beginning," he commented after the finish.

A particularly dramatic pass on McLaren's Lando Norris who was emerging from the pits after a slow pit stop had been a decisive moment in his race, he said.

“This was a key move because I think if I hadn’t pulled that off then I would have been two places back," he suggested. 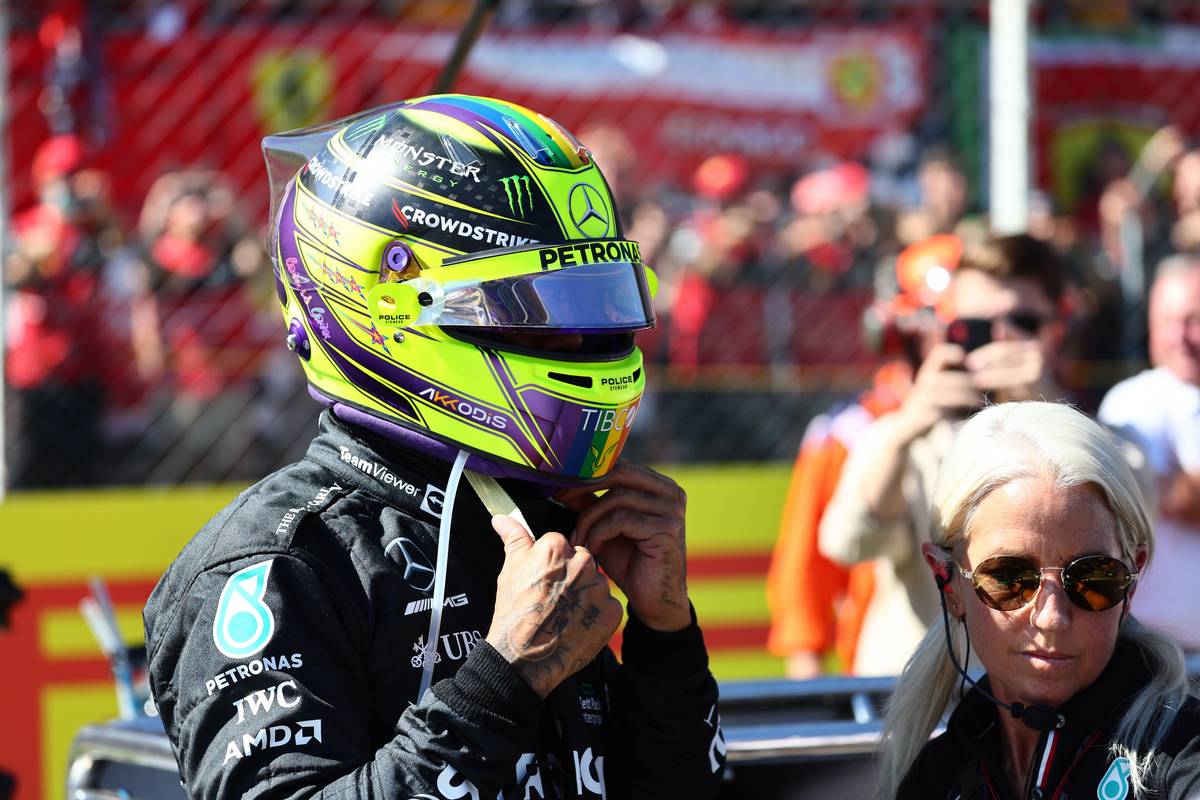 "I saw Lando coming out and I was like, ‘This is the one moment we have the chance’. Fortunately he was getting challenged by someone else down the outside so I cut across and it felt great to pull alongside him.”

He only somewhat regretted not being able to attack Carlos Sainz for fourth place in the final laps when a safety car was scrambled.

“I wanted to be able to challenge the Ferrari ahead of me and see if I could get another position,” he said. “But I think in hindsight it was probably a good ending. I’m really grateful to have come back from the last row.”