It's been a struggle for McLaren this weekend, with Lando Norris finding it hard to get on top of the latest upgrades to the sidepods of the MCL36 that he's been handed.

Norris was only 19th in first practice on Friday, while his team mate Daniel Ricciardo was 12th despite not having the new components.

Although he picked up in the second session, Norris was still outside the top ten at the end of Friday's running; and things didn't get any better for him in the truncated wet final practice on Saturday.

In the circumstances it looked unlikely that either McLaren would get into the final round of qualifying. But Norris managed to do just that, and even ended up securing P6 on the grid for the Singapore Grand Prix.

"[Lando] did an excellent lap, and it’s good to see the updates we’ve brought here seem to be having a positive impact," said technical director James Key.

“A good qualifying, if very tough," was Norris' summary. "It was probably the toughest conditions of the whole season.

"There are just such fine limits between it going wrong and it going right. I think I took a good - but the correct - amount of risk and it paid off with a P6, which is better than we were expecting."

The only problem now is keeping that spot in race trim, especially with the likes of Max Verstappen and George Russell starting behind. Norris is hoping that the tricky nature of the Marina Bay Street Circuit will help him. 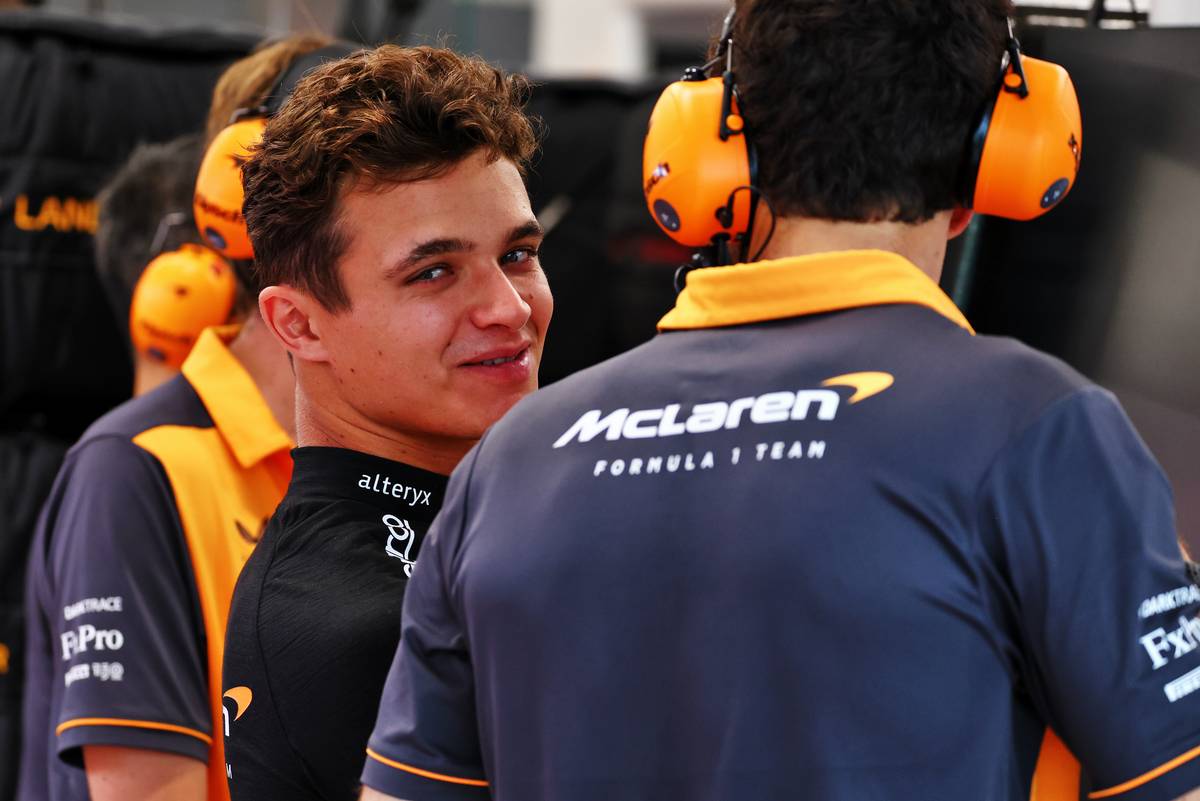 “I hope it’s the most difficult race ever in the history of Formula 1 to overtake at, that would be a very good race for me tomorrow!” he joked in the paddock after the end of qualifying.

"I’ve not done so much following at all, so I don’t know if it’s going to be a lot better," he added. "I doubt I am going to be looking at cars ahead, hopefully I am just looking at some empty track and I’ll be happy with that.

"Tough, challenging, but very happy with how today has turned out. A good position for tomorrow and hopefully we can turn it into some good points.”

Ricciardo wasn't able to find the same boost in qualifying and dropped out at the en dof the first round, meaning that he will start from P17.

“Yesterday was certainly a struggle, no denying that," he admitted. "We made a lot of changes overnight and obviously very different conditions today. 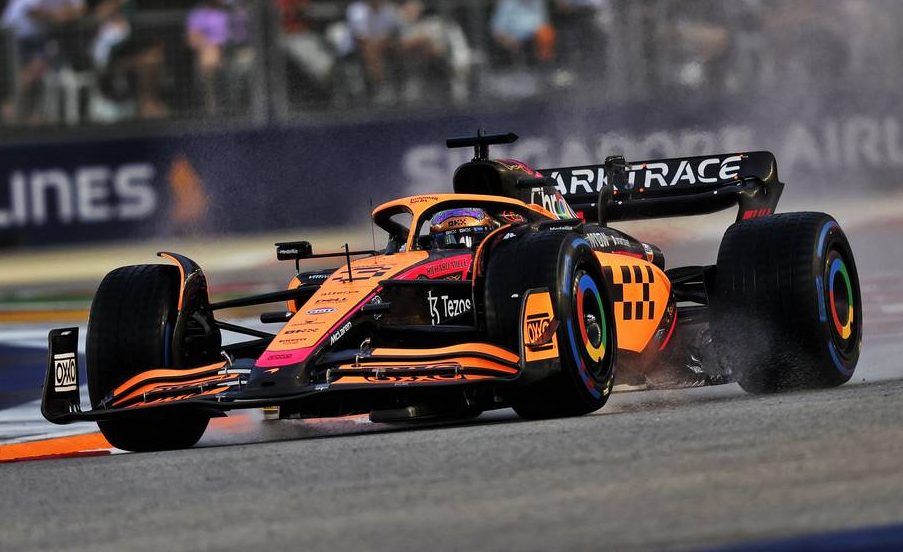 "I felt actually we were in a more reasonable spot,”he said. “I felt like we were good enough to fight for whatever, the top ten or thereabouts - like back in a respectable spot, let’s say.

Unfortunately for the Australian, the changeable track conditions didn't work to McLaren's favour. "As the track dried more and more I could just feel that we could not extract much more lap time.

"The slight change in conditions basically made us much less competitive. That’s where it’s really so hard to get a read on it.

"There were no big mistakes or anything like that, it was simply that we couldn’t go quick enough through the corners and make the most of it.

“It’s obviously disappointing to be out in Q1 but to be honest it’s more frustrating that it didn’t feel like the same car as we had this morning.

"That’s obviously somewhere we miss out," he said. "When the track does improve, and we can’t really run with it. That’s really costly and I’m more disappointed in that fact than I am about the overall position."

The team's main aim this weekend is to try and cut the 18 point deficit to their Alpine rivals in the battle for fourth place in the constructors championship.

With Norris starting P6 right behind Fernando Alonso, and Ricciardo lining up one place behind Esteban Ocon, it could hardly be more evenly balanced between the two teams for Sunday.