Fernando Alonso says he endured a stressful qualifying session on Saturday in Singapore after going out on an edge in the treacherous conditions to snatch an impressive fifth fastest time in Q3.

The Alpine charger was among the front-runners in the first two segments of the session, but when it came to the final shootout and a switch to the soft tyres, banking a flyer became a high risk guessing game.

"It was stressful, no doubt, even borderline to unenjoyable," Alonso said after the challenging session.

"The level of risk and stress is quite quite high. When we fit the dry tyres in Q3 it was a brave move from everybody because it was just a guess, but eventually was the right decision.

"But to go every lap faster and faster than the previous lap, just hoping that the car will stay on track and it will be drier than one minute and a half ago is just a lot of stress. 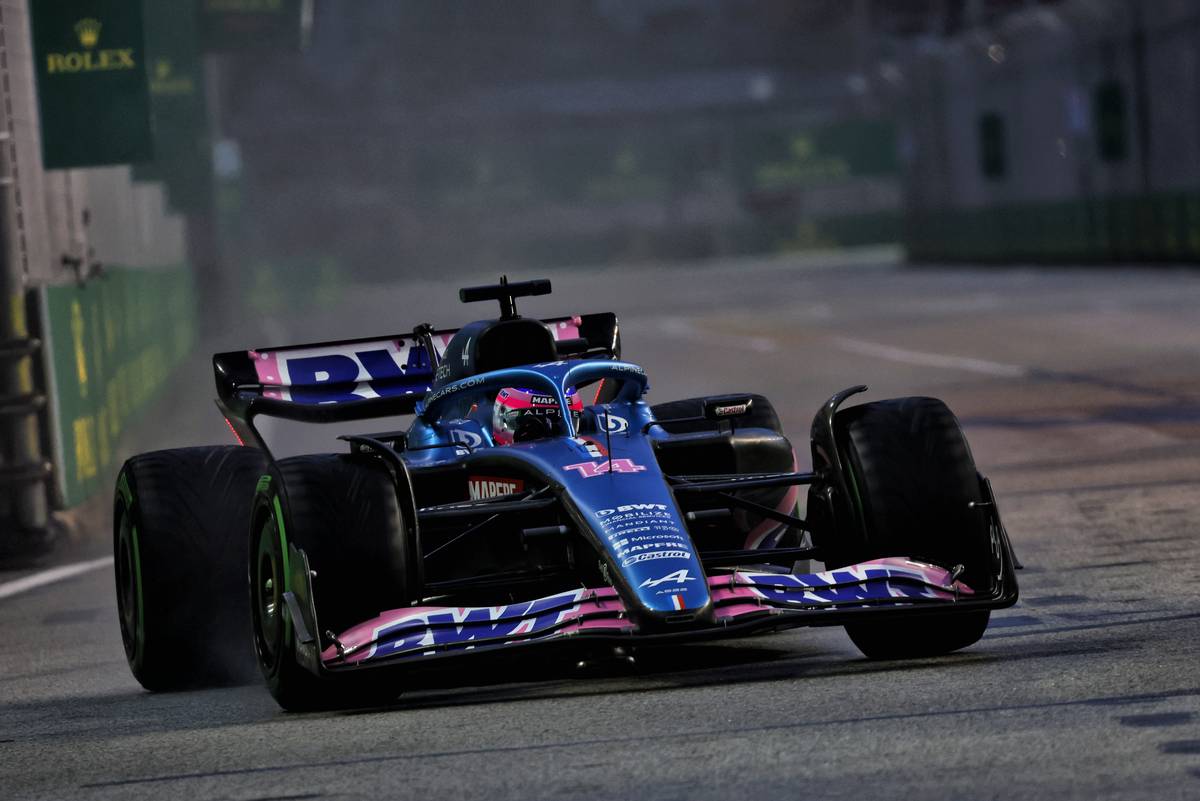 "The track was changing all the time and so you had to guess what the grip was going to be going into the next corner.

"I had confidence in the car, which is needed at a street circuit like this and that helped me understand the conditions and know when we needed to switch to dry tyres."

Alonso is hoping for less dramatic conditions on Sunday to give him the best chance of perhaps clinching his first podium of the season and helping Alpine hold its lead in the Constructors' standings against McLaren.

"I hope for a straightforward race tomorrow, but let’s see what will happen with the weather," he said.

"We are only two places away from the podium positions, so if we stay focused and have a clean start then we’ll be in a strong position.

"I think if it's dry it's gonna be difficult to overtake, so it will be nice to secure the top five and score more points than McLaren, which will be the main target again."

Alpine introduced a new floor on its A522 in Singapore. While the element has added a bit of performance, Alonso believes the relative gains have not been significant.

"I think we are more competitive thanks to the upgrade for sure," said the two-time world champion.

"But maybe when we update the car we add a tenth of a second, so we are seven tenths clear of Norris behind and five tenths away from Sainz.

"So I could race with [our] Bahrain car and [I'll be] still in the same position probably." 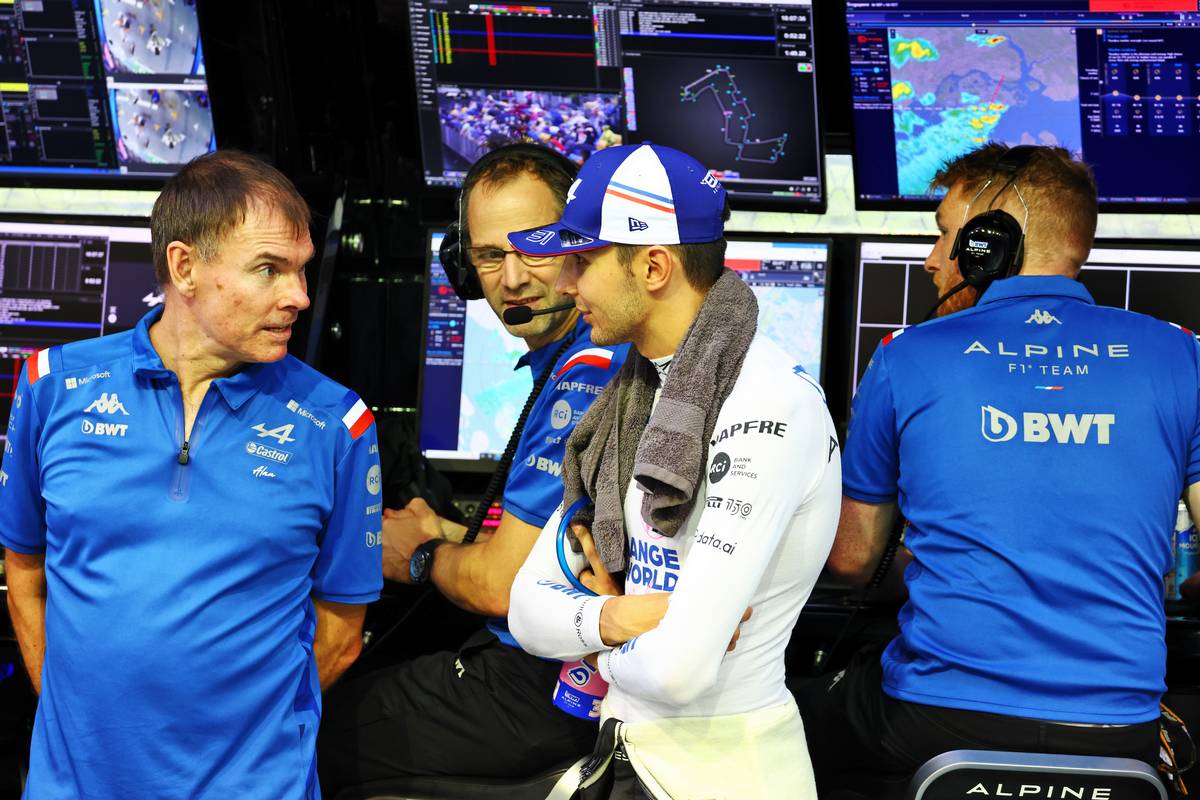 On the other side of the Alpine garage, the team was investigating a brake issue that undermined Esteban Ocon's qualifying and left the Frenchman a distant P18 on the gird.

"I’m disappointed to be out in Q1, especially as we have had strong pace all weekend," commented Ocon. "I sensed an issue with the brakes, which hampered our session today.

"The positive is the car is strong and the aim now is to use that pace to make our way into the points positions tomorrow.

"Overtaking is tough here but as always we’ll be pushing hard to secure a good team result."