Carlos Sainz says he struggled "to get into the rhythm" during the first half of Sunday's wet-to-dry Singapore Grand Prix, which led to his deficit to race leaders Sergio Perez and Charles Leclerc.

Sainz crossed the checkered flag in third place but over 15 second behind Perez and 7.5 seconds adrift from Leclerc.

The Spaniard pointed to a lack of grip at the front of his F1-75 in the wet conditions that impacted his pace in the first half of the race relative to his rivals.

"It was a bit of a strange one," said Sainz after the race.

"I've been quick all weekend, quick in all conditions, but that first stint on the intermediates I lost the front tyres very quickly and I couldn't push and struggled with the car rotation, didn't find the grip. 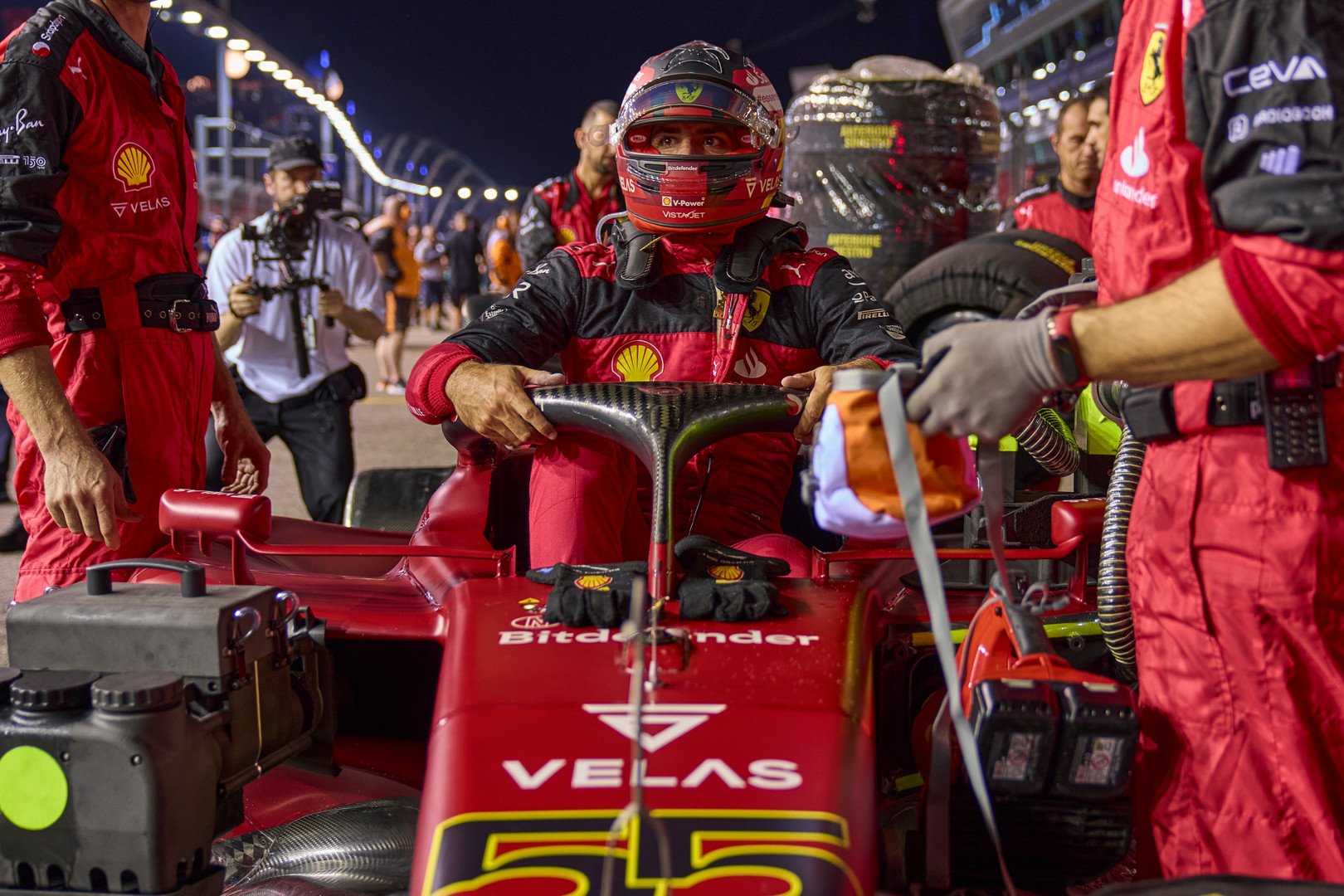 "Never really got into a rhythm in the wet. I couldn't challenge the top two guys because I was always struggling a bit more with the car.

"I wanted to go onto the slick as soon as possible, to try and recover the pace. Towards the end of the race I managed to recover the pace but it was a bit too late, to be honest.

"So in the end, in these conditions, when you don't have that extra bit of confidence in the car I had to settle for P3.

"The good thing is I didn't do any mistakes, I could bring the car home and be quick towards the end of the race when I managed to build a bit of confidence."

The adverse weather conditions led to an event that was cut short by two laps due to F1's two-hour time limit.

But Sainz admitted that it had been a long and tiring evening.

"Crazy how long it takes here to drive!" he said "We keep doing laps and you keep looking at the track and the dry line never appears in some places and it [the car] keeps sliding a lot.

"But it's definitely something to keep in mind for future because this track is pretty unique on that."