McLaren team boss Andreas Seidl praised his outfit’s crews on the pitwall for their calm and composure in managing a tricky Singapore Grand Prix that yielded the team’s best result of the year, pushing it back ahead of Alpine in F1's Constructors' standings.

Lando Norris and Daniel Ricciardo finished fourth and fifth in the eventful race under the floodlights at Marina Bay, the pair avoiding trouble on the track and making the most of a course charted out on the spot by their team’s strategists.

But Ricciardo’s display was particularly noteworthy given that the Aussie had charged through the field from a lowly 16th on the grid - or eleven positions lower than Norris - and at the wheel of car that didn’t have the latest updates implemented on his teammate’s MCL36.

“The team did an excellent job together with both drivers in very tricky conditions in order to maximise the result,” commented a delighted Seidl.

“The team on the pit wall together with good communication with the drivers found the right balance between trying to achieve a great result, but at the same time being patient and not take any unnecessary risks.” 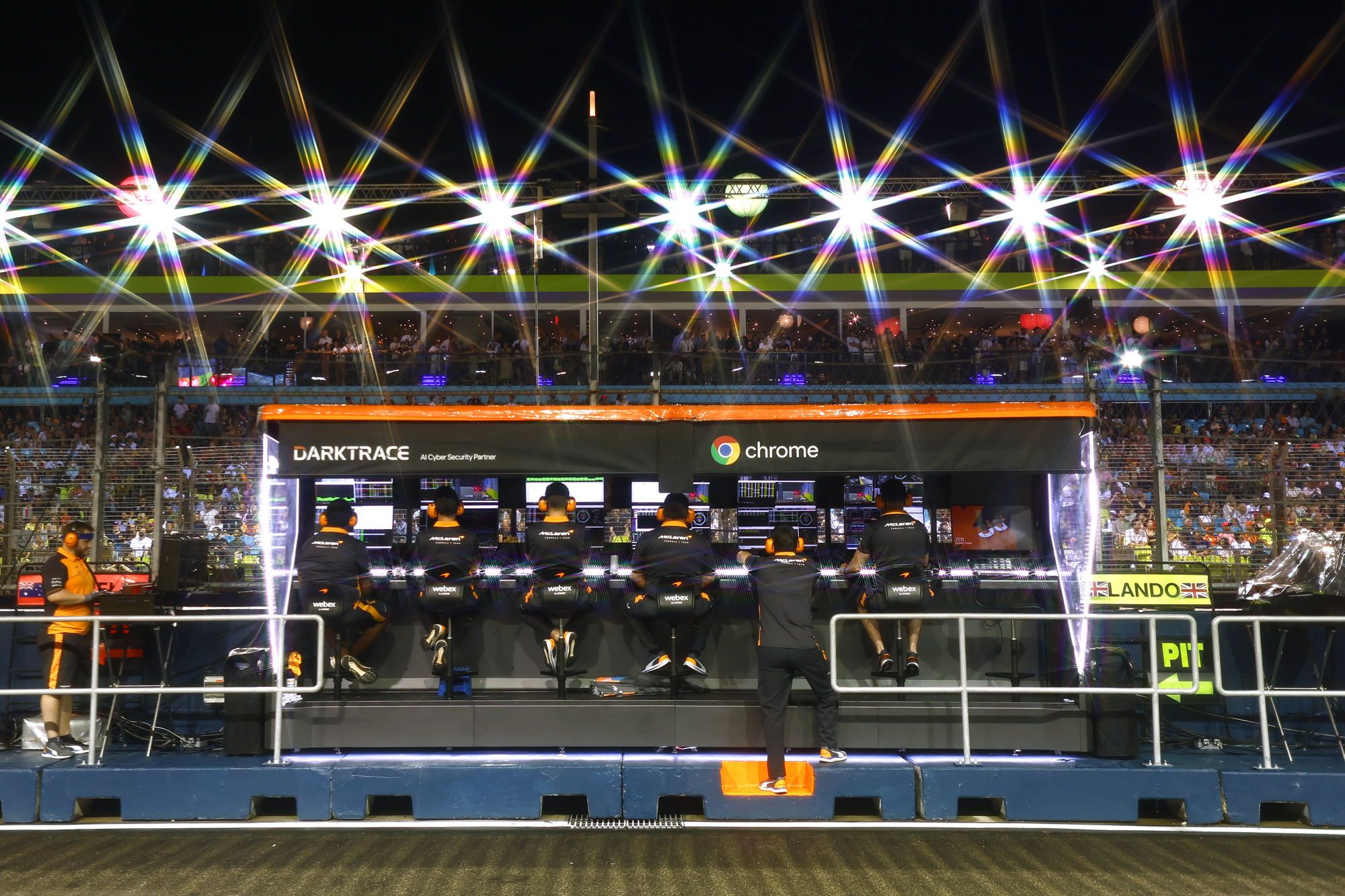 Deciding the timely crossover point between the intermediate and slick tyres was a challenge, but Mercedes’ decision to pit Russell early for a set of mediums - and the Briton’s subsequent struggles - inspired McLaren to wait it out until track conditions clearly warranted a change.

“The most important thing today was - and I have to say that it was really well handled by Andrea Stella as our race director, together with the entire team - to make sure that the good result which was on our table today, seeing where we were in the first stint, to not get impatient and suddenly try to take unnecessary risk.

“Obviously it was good to watch what George was doing after he switched so early to the medium tyres and it was clear after a certain point that it would just have meant an unnecessary risk to switch too early.

“That in the end I think locked in the position that Daniel was in anyway and of course, then on Daniel’s side we benefited from I think the Virtual Safety Car and by staying out long.”

Seidl said he was particularly pleased for Ricciardo, who will leave the team at the end of the year and scored his best result of the season in Singapore. 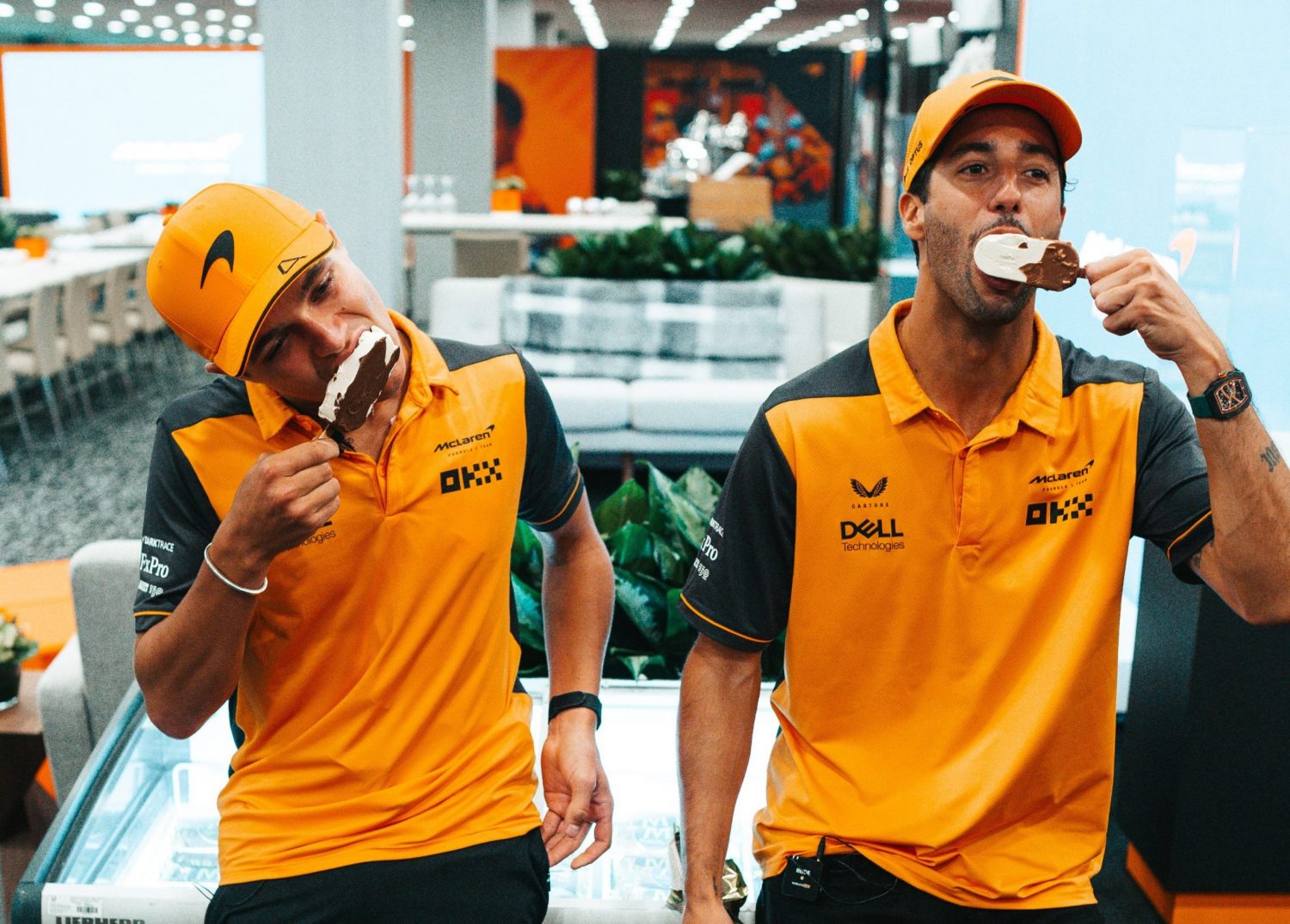 Ricciardo’s strong race and good result - his best of the year - was a much-needed boost to the Aussie’s credit, and Seidl was genuinely happy for the 33-year-old who will leave McLaren at the end of the season.

“What a drive from both drivers, I have to say, as well,” added Seidl.

“It was very tricky, we have seen many drivers go long or go into the barriers and both Lando and Daniel didn’t hit anything today, showed that they are two world-class drivers and that helped us to score a very important result for our battle in the constructors championship.

“I’m very happy obviously for Daniel as well, and everyone who works on Daniel’s car, to finally achieve such a great result, great recovery from starting in P16 to get to P5 which is well-deserved looking at all the commitment and all the work that went in from Daniel and his crew throughout the year. So, I’m very happy.”