After an unexpectedly strong qualifying session yesterday, Norris started the race from sixth on the grid and immediately passed Fernando Alonso heading into the first corner after the start was delayed by rain for an hour.

He'd been expecting to be picked off by faster cars like Max Verstappen's Red Bull, but instead found he was able to hold on to fifth. An error for Lewis Hamilton and a fortunate safety car then promoted him to fourth at the finish.

Ricciardo meanwhile managed to battle his way back from P16 on the grid to finish just behind Norris at the line, despite not having the latest sidepod updates on the MCL36 this weekend.

“Fair play to him, he has done a great job," Norris said of Ricciardo's performance. “Literally could not have done any better. So great job by everyone, by the whole strategy team as well.

"Maximised today especially when others had some troubles," he added, alluding to McLaren's rivals Alpine who suffered a double DNF after two engine failures. 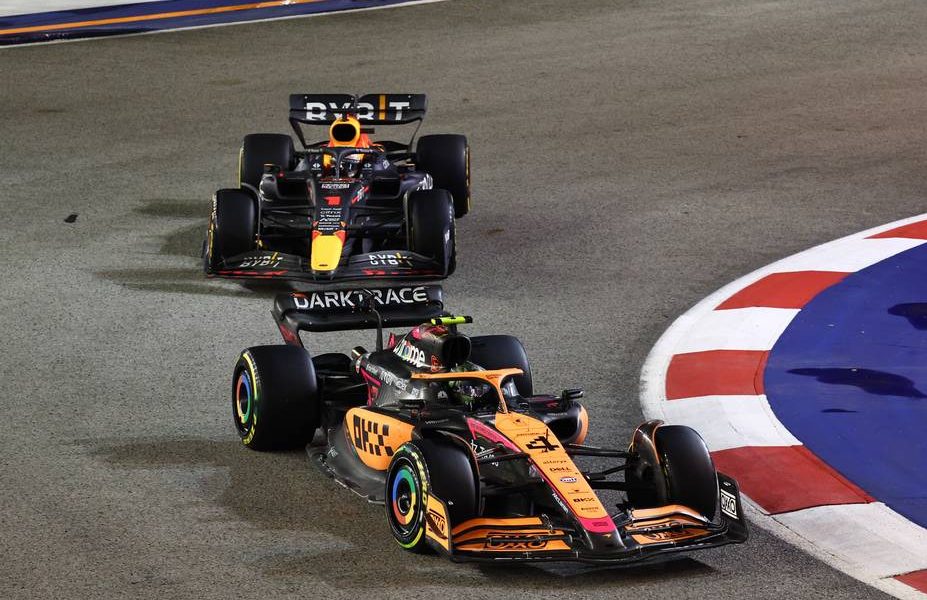 As a result, McLaren have caught and passed Alpine in the constructors, converting an 18 point deficit to a four point lead in the standings in a single race.

"Happy, great weekend," beamed Norris. "Not an easy one. It felt like one of our worst to begin with. But it ended up almost being one of our best of the year.”

He was pleased to have successfully soaked up the pressure from Verstappen during the second half of the race. “Max obviously tried to pass me, and he went straight on. Maybe at the end it was a bit easier - I wouldn’t have had a chance."

In fact by the closing laps it was Norris who had the upper-hand over Ferrari's Carlos Sainz in the battle for the final podium place. In the end it was a step to far for Norris who had to settle for P4 instead.

“I tried. He was pretty slow to get going [at the final restart]," he said. "I don’t know why. I was quite surprised that I was able to catch him as much as I did, but I think even if I was one second quicker I would never have passed him. 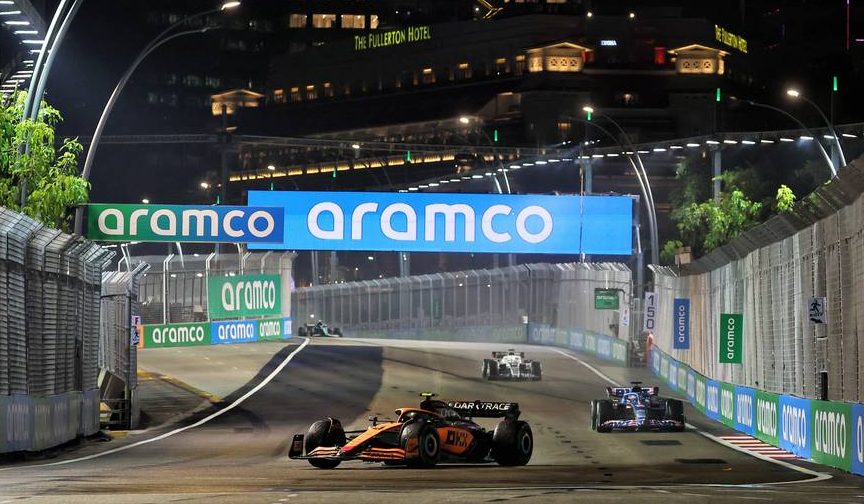 "I feel like I drove a very good race and smart race today," he concluded "It paid off for both myself and for Daniel too. Fourth and fifth was much higher than [our] expectation.”

For Ricciardo, today's result was a welcome relief after a tough few weeks for the Australian, which included the decision for him to leave McLaren early at the end of the current season after some poor recent performances.

"We needed this. As much as I’m looking forward to Japan I want to enjoy this one," he told the media in the paddock after the end of the race. "I feel with the result, you know, I certainly feel good. It’s been a long time.

"I think my last top five was probably a year ago in Saudi," he admitted. "So yeah, I hadn’t had one this year which is kind of sad. But we know the year it’s been, and I feel like I was certainly due some good fortune." 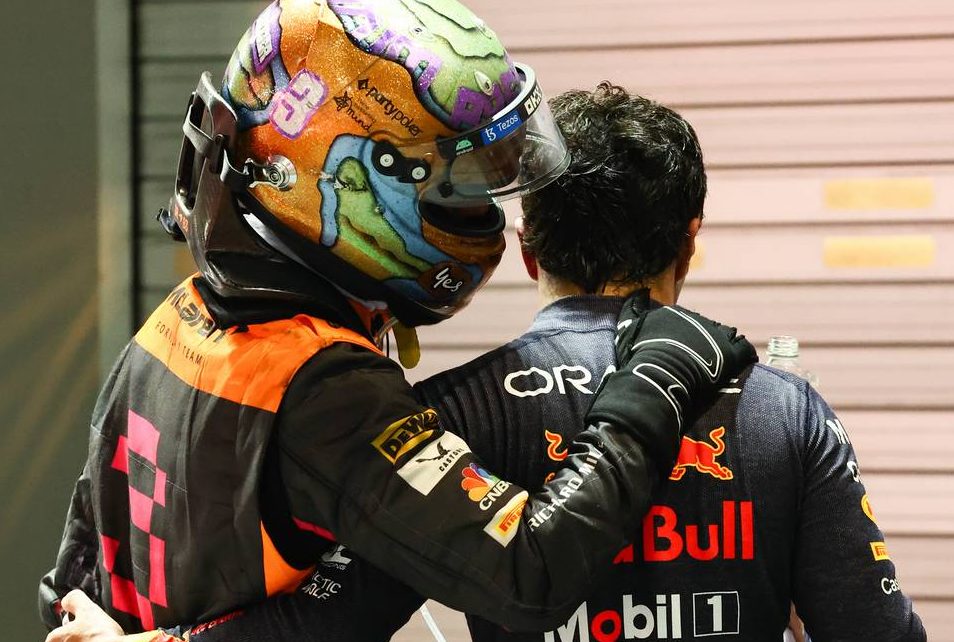 Ricciardo had avoided the temptation to switch to slick tyres at an earlier point in the race, which meant the timing of the final safety car for Yuki Tsunoda's accident turned out to be ideal timing for him to pit.

"As tempting as it sounded it wasn’t the right call [to pit earlier]", he said, pleased that they had bided their time until a better opportunity presented itself.

"We were able to gain on the others during that phase and then there was a safety car, and then we made a very big gain with the Tsunoda incident," he said. "That was a good situation for us.

"Finally got back into the points, and obviously a very big day for the team," he added. "We leave Sunday happy. It’s been a long time!"