Alonso took advantage of a brief respite of the rain to set the fastest lap on a set of intermediate tyres. The all-Spanish top-two was followed by Charles Leclerc and Esteban Ocon who completed a Ferrari-Alpine top four.

The end of the session was marked by a costly off by Haas' Mick Schumacher who was caught out by the treacherous conditions, the German severely damaging the front end of his car.

Formula 1 returned to Suzuka after a three-absence and not a moment too soon for everyone who enjoys the legendary Japanese venue, but the bad news was a rain-drenched track on which the weekend's action kicked off.

But the session started on time although few were tempted to test the waters when the track went green amid 15°C ambient temperatures.

However, after a short wait, the brave Japanese fans were delighted to see Haas' Kevin Magnussen venture out, with the Dane followed by their local hero Yuki Tsunoda. 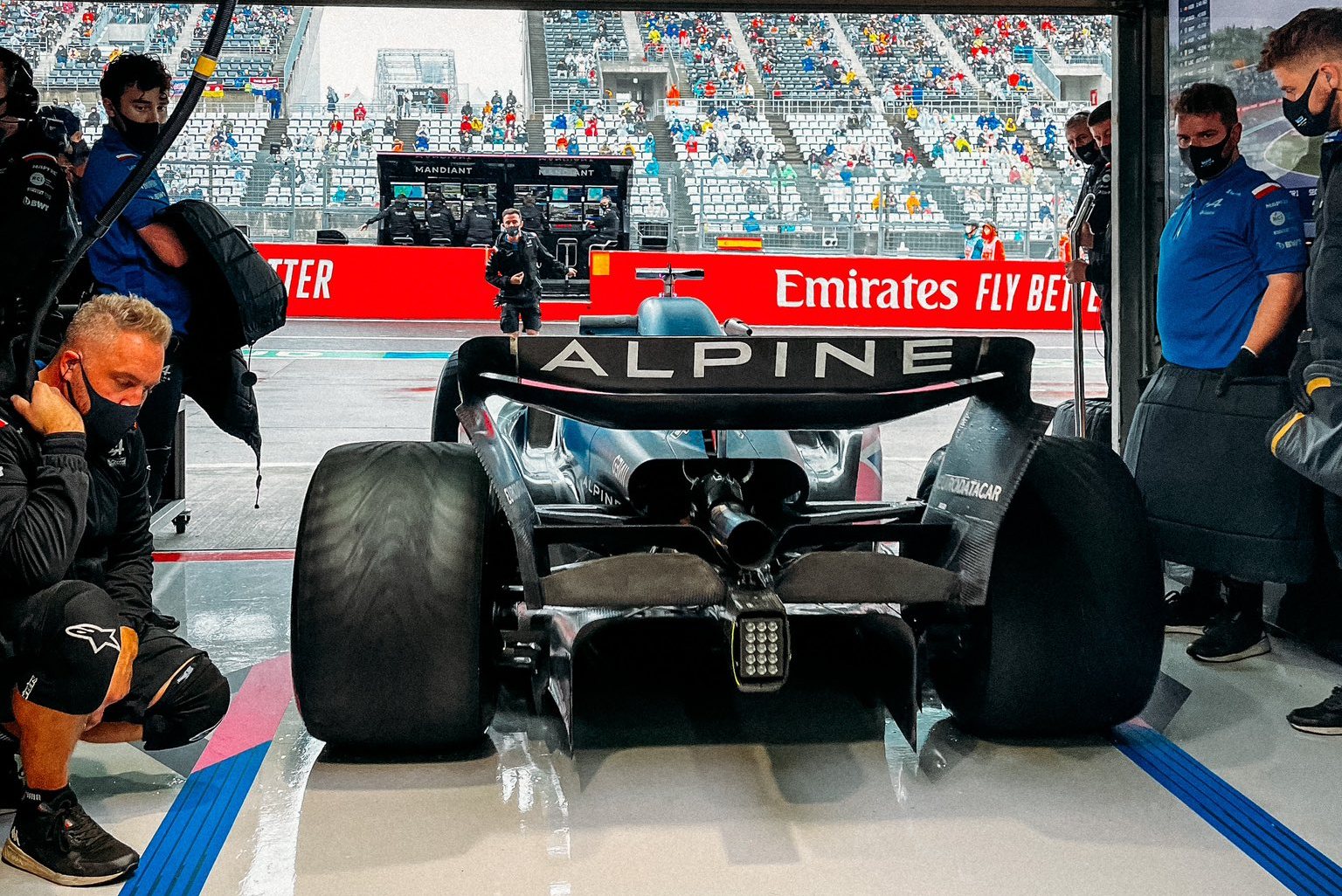 Half the field eventually got going during the first 15 minutes of running while the other half preferred to wait it out in the dry a little longer, despite the rain subsiding.

Mick Schumacher put the first timed lap on the board while Leclerc suggested that the intermediate tyre was now the way to go give the emergence of a few drier lines around the track.

Thirty minutes in, Sainz and Leclerc had taken charge at the front but an inter-shod Esteban Ocon then shattered the Ferrari drivers' best, with Verstappen following suit.

At that point, everyone had set a timed lap save for Aston Martin's Sebastian Vettel and both Mercedes drivers.

The inters were put to good use by Fernando Alonso and the Ferrari drivers who moved top, but rooster tails were prominent once again as the rain returned. 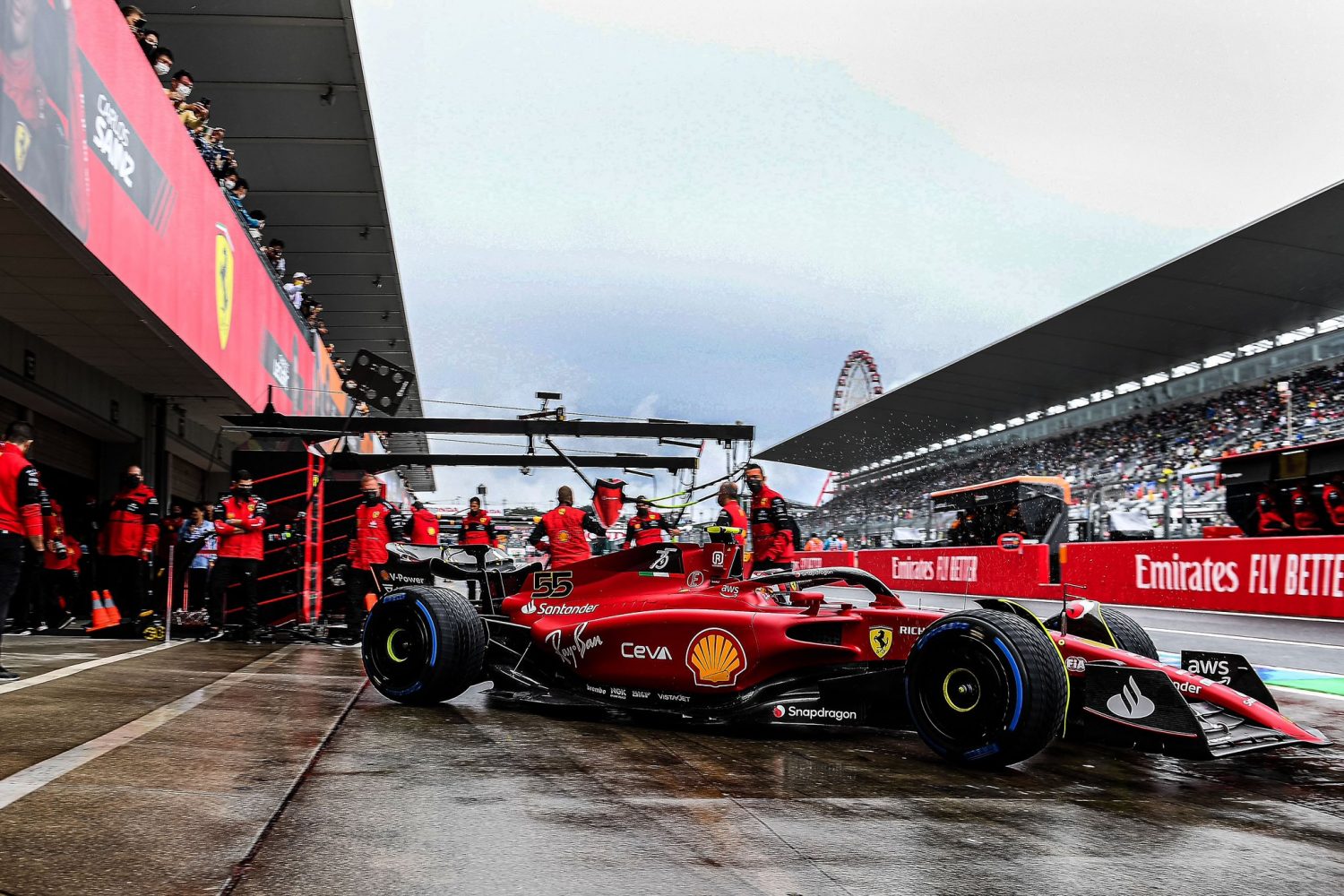 Leclerc, who had reverted to the full wets, suffered an off through the first Degner where he shot through the gravel, a mishap that coupled with the renewed intensity of the rain encouraged everyone to head back to base.

In the meantime, Lewis Hamilton and George Russell had indulged in a handful of exploratory laps, just for the sake of reporting present.

For some reason, both Alfa Romeo drivers – Valtteri Bottas and Zhou Guanyu – felt there was something to gain by trundling around during the dying minutes of the session. 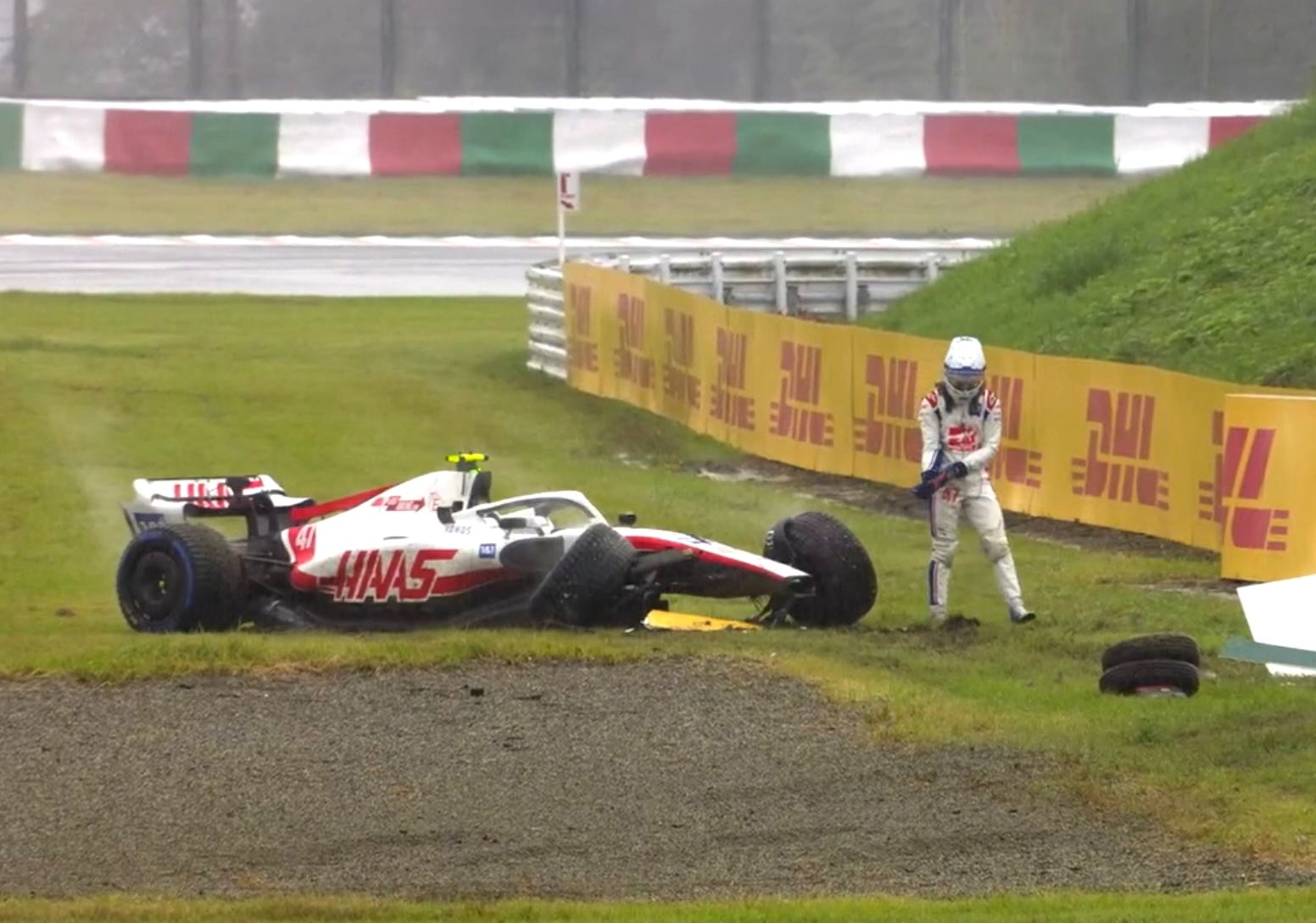 A few drivers headed back out to indulge in practice starts, but Schumacher, on his way back to the pits, lost control through the Dunlop curve and heavily clouted the wall!

For a driver fighting to retain his seat in F1, it was the last thing the young German needed.

There was little relevancy in the session overall, although the wet running may prove helpful in the event of a wet qualifying or race later this weekend.