George Russell might have ended up at the top of the times in the second free practice session for the Japanese Grand Prix at Suzuka International Racing Course, but he said it didn't have much significance.

Mercedes had a quiet start to the day with Russell only turning four laps in the rain-hit FP1. But once the conditions cleared up for the second session, Russell got down to work.

The first man to head out on intermediates, Russell ended up with a best time of 1:41.935s which was 0.235s quicker than his team mate Lewis Hamilton and a further six tenths ahead of Red Bull pair Max Verstappen and Sergio Perez.

But Russell insisted that the changeable conditions throughout the extended 90-minute session meant that the times counted for little today.

"It's probably not going to be that representative for this weekend," he told the media afterwards. "But definitely good learning. There's a chance on Sunday, it could be wet, but it looks pretty dry tomorrow.

"Nevertheless it's always nice to end the day topping the timesheets and definitely make some improvements from FP1, as we were at the bottom of the timesheet.

"it's important to understand things like the tyre crossover from wet to intermediate, and even if that doesn't pay dividends this weekend it will in the future. 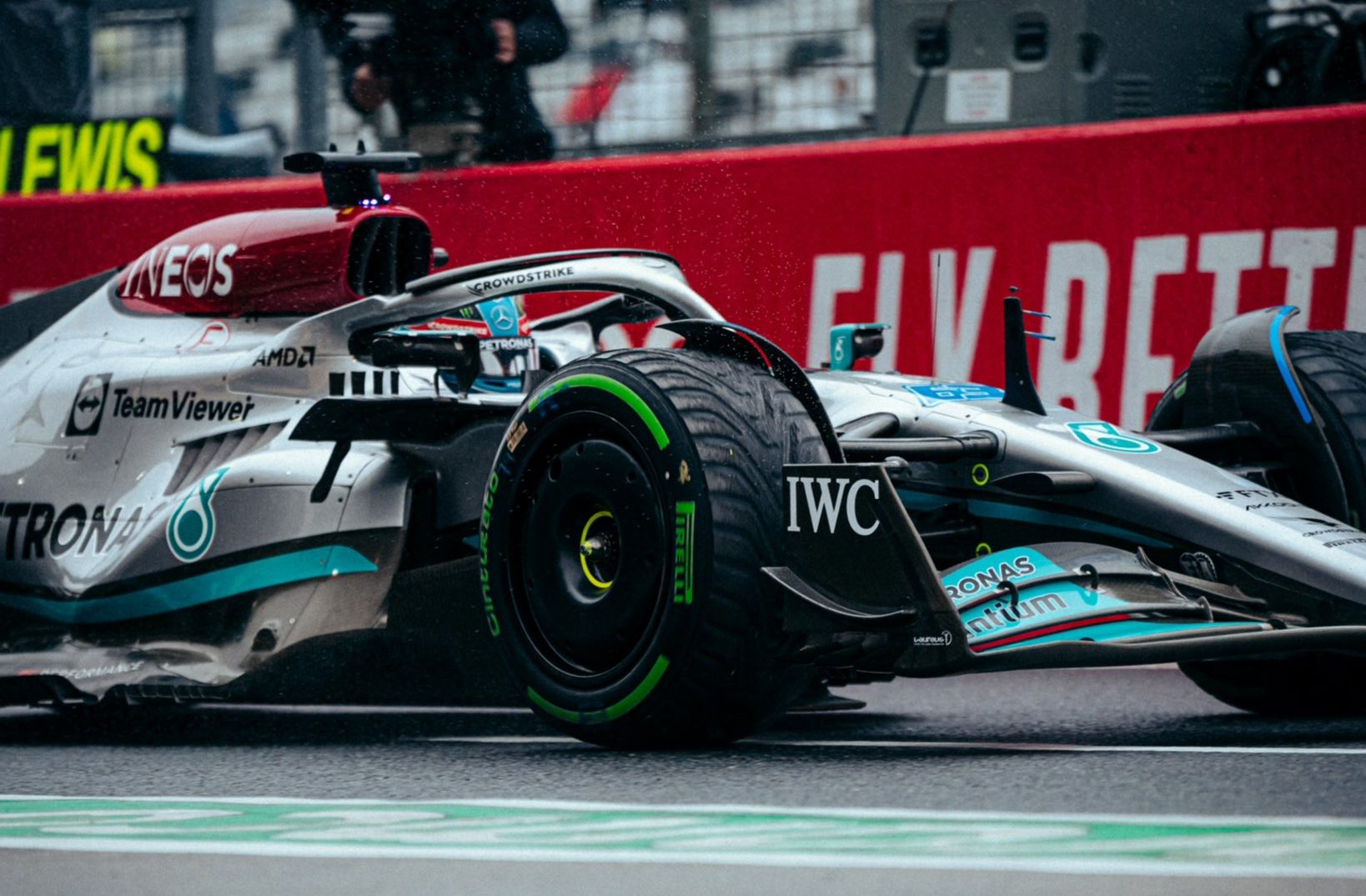 Russell's first session had been shortened because the team was still completing changes to his W13 after an oil leak was discovered, forcing them to fit the race engine earlier in the weekend than planned.

"Our morning wasn't great as we missed the best window for running but it did highlight that we were struggling for rear grip and tyre temperature," said Mercedes chief race engineer Andrew Shovlin.

"The time sheets are not a fair reflection of pace as our times were set on new tyres but, like for like, we seemed to be in a reasonable position compared to Red Bull and Ferrari."

After a disappointing time in Singapore where he started from pit lane, Russell said that he was aiming for his more 'traditional' place in qualifying, which should take place in warmer and drier conditions than Friday. 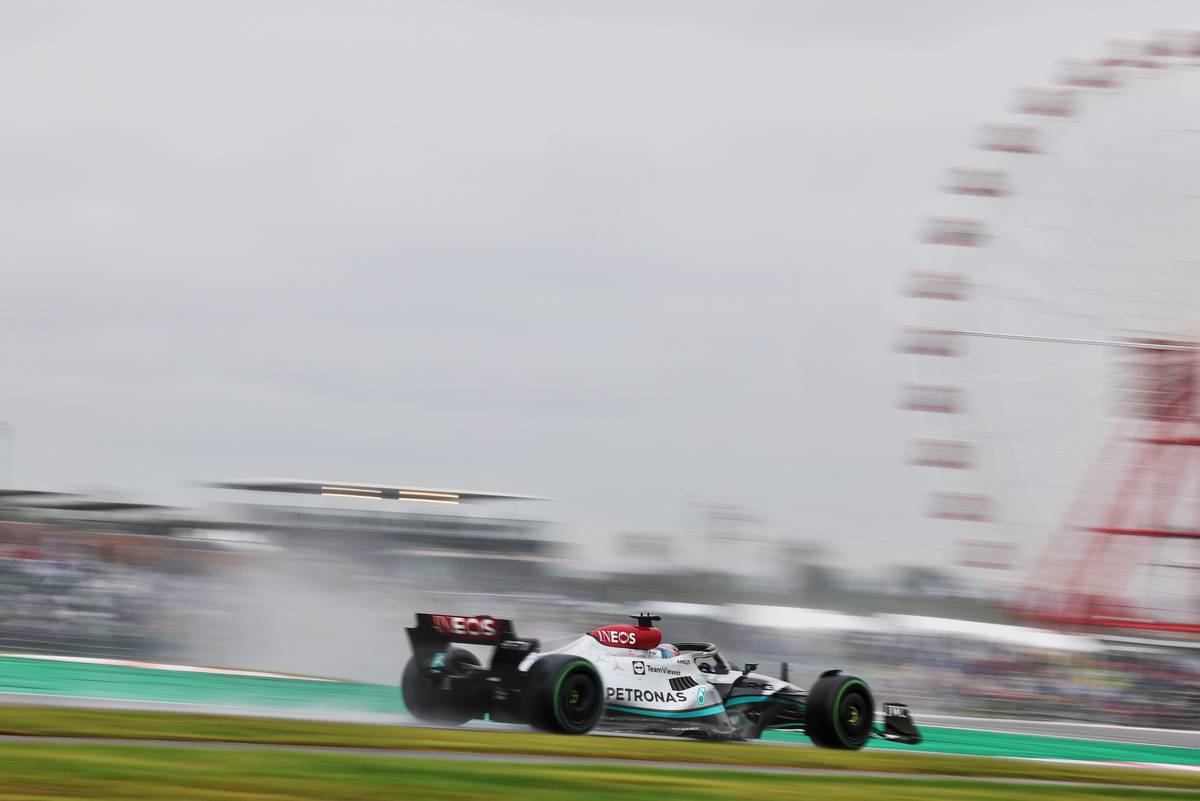 "I think we'll be fighting from a top six position, I hope we can have a shot at something better. Let's wait and see," he said. "I truly don't know. We'll have to wait until FP3, that will be a crucial session for everybody."

Overall, Russell was happy to be in action this weekend.

"It's amazing to be back here in Suzuka - the circuit is so iconic, one of the best in the world, and the first sector is just a joy to drive because it is so fast and flowing."