Sao Paulo's Autódromo José Carlos Pace is set at a lower altitude than Mexico City but the venue is still located at 800 m above sea level which slightly impacts aero performance.

Interlagos is a track of two extremes, with the first and third sectors requiring a low-drag car for the long straights, while its twisty middle sector favors high downforce.

That specific mix is playing into the hands of Mercedes this weekend, as George Russell's winning display demonstrated on Saturday.

We've purposefully selected the speed trap readings from Saturday's Sprint rather than from qualifying as they offer a better representation of what might be expected in Sunday's Brazilian Grand Prix.

While Russell took top spoils in the 24-lap mad dash, Lewis Hamilton was the fastest car down Interlagos' main straight, the Briton clocking in at 332.1 kph, or a tad faster than Ferrari's Carlos Sainz.

A slipstream might have helped Hamilton's velocity, but there is no denying that Mercedes' usually draggy W13 is in its element in Brazil this weekend.

As for the bulls, Sergio Perez and Max Verstappen were among the laggards for the first time this year in terms of top speed.

Regarding Red Bull's underwhelming performance, we'll shy away from jumping to any conclusions.

But if Mercedes ever had a chance to snatch that elusive first win in 2022, Sunday's race clearly looks like the Brackley squad's best opportunity. 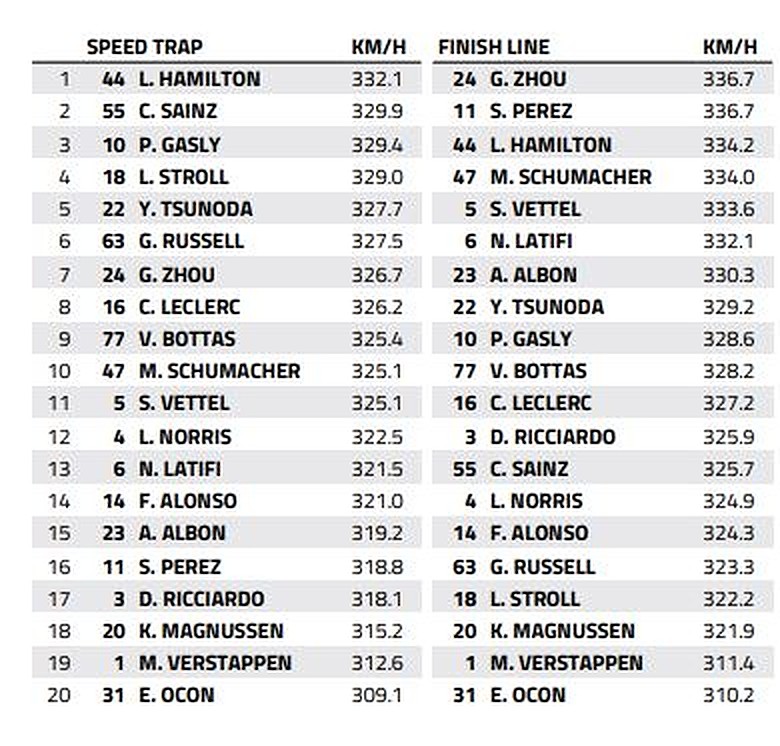 Alpine reacts to online 'abuse' towards drivers after Sprint clash