Max Verstappen has predictably chosen to stick with his #1 race number for the 2023 F1 season, as the reigning world champion feels it's "the most beautiful number there is".

Since 2014, all F1 drivers have used a permanent race number which they were free to choose, with new drivers arriving on the grid also choosing their 'for life' number.

But the status of reigning world champion grants the privilege of carrying #1 on one's car throughout the season.

Verstappen did just that at the end of last year after winning the 2021 title, the Dutchman ditching his signature #33 for a red #1 emblazoned on his Red Bull. And he will retain the single digit for 2023. 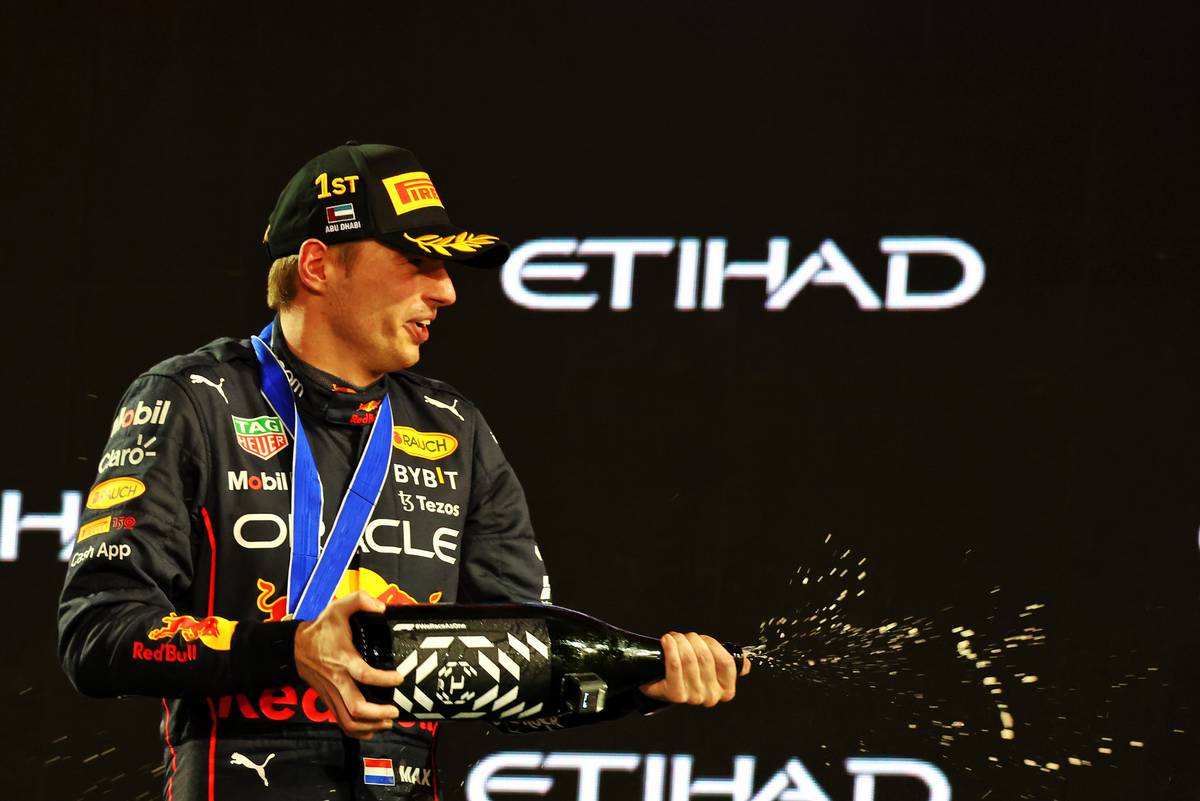 "Yes, I will use number 1 again next season," he said last weekend in Abu Dhabi.

"I can always go back to number 33 if I am no longer world champion. But as long as I am world champion, I will use number 1 every single year."

While symbolic, the number reflects Verstappen's utterly dominant 2022 campaign during which the Red Bull charger won 15 races, surpassing the previous record of 13 wins in a single season that was jointly held by Michael Schumacher and Sebastian Vettel.

"This has been a very special season, not only for me but also for the team," added the 25-year-old.

"We have won the constructors' title again for the first time since 2013 and that is obviously very important for the entire team.

"I think it will be very difficult to match this year in the future, let alone surpass it.

"The mindset should obviously be to do better every single season, but that won't be easy after the year we had. We should also cherish how 2022 turned out and really enjoy these moments."

Seidl 'far away' from blaming Ricciardo for McLaren shortfall