Alexander Rossi believes his Indy 500 victory proves a point to the F1 paddock having missed out on a full-time drive.

The American made five appearances for Manor last season and impressed but failed to gain a race seat for 2016 as the team opted for a line-up of Pascal Wehrlein and Rio Haryanto. Rossi - who was also overlooked by Haas - went on to join Andretti Autosport to race in IndyCar this season and claimed a shock win in the 500 last weekend, a result he believes proves he was worthy of an F1 shot.

"It's one of the big ones you want to win as a racing driver, if not the biggest," Rossi told ESPN. "So to be able to do that and to have the opportunity to compete, not only in the 500, but the 100th running, was very special and I never experienced anything like it. I'd be hard pressed to find anything else that would top it so it was a huge thing for me personally.

"I've always felt I've had a point to prove and there's been a lot of opportunities that have disappeared through no fault of my own. Now I'm just trying to keep fighting and do the best job I can every time I'm in the car."

However, Rossi is not using the surprise victory to try and return to F1 - where he is currently reserve driver at Manor - rather focusing on an opportunity to challenge for the IndyCar championship.

"I'm not even thinking about F1. I've not even been able to think about the race I have this weekend, so I've got no idea! I'm very happy in IndyCar at the moment and feel very fortunate to be able to drive in this championship with Andretti, which is by far one of the best teams in the series. So at the moment I'm focused on that and doing the best job that we can all the way through to September.

"There's obviously a lot of questions surrounding IndyCar and Formula 1 and all I can say is I'm very much focused on the championship. We got a lot of points for that win on Sunday so now we're in championship contention and now we need to keep pushing that forward and see if we can put up a fight for the rest of the year."

Main rival is not clear to Mercedes - Wolff

Verstappen looking to bounce back with Montreal podium 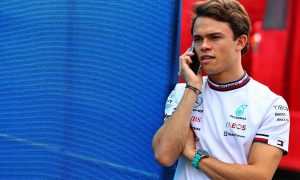 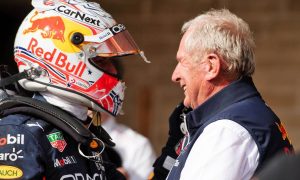 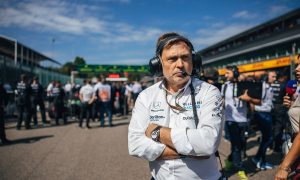