Gene Haas is confident his team will be better off financially than most start-up teams at an early stage due to its performances.

Having entered F1 as a new team this season, Haas currently does not have a commercial deal in place with Bernie Ecclestone which means it is not set to earn a share of the prize money for its performance in the constructors' championship this year.

While in the past new teams received a $10million (£7.6m) payout if they finished outside the top ten in the constructors' standings, Ecclestone made clear when the latest bilateral agreements were signed that no team outside the top ten would receive a payment.

Although Haas has acknowledged it would have been better for him financially to purchase an existing team - therefore being immediately eligible for prize money - the team owner believes his outfit will start receiving some payments in 2017.

“We’re at least a year out of really getting much money from Formula 1 but I guess when it comes it comes," Haas told F1i. "But in all fairness a lot of the other teams that have started out never got any money for years.

"I think we will get a little bit of prize money next year which will put us even further ahead than other start-up teams."

2014 was the last season F1 had more than ten teams, but both Marussia and Caterham failed to compete in every race due to financial issues, with the latter not returning to the grid the following year as it went out of business. 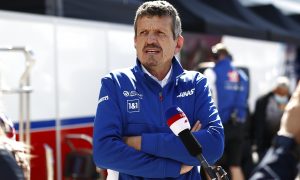