Mark Webber delivered a podium finish with his Porsche co-drivers in the final round of the World Endurance Championship in Bahrain and his the last competitive drive of his career.

The former Red Bull stalwart concluded a three-year period with the Stuttgart manufacturer by driving the final 25-minute stint, bringing to an end a highly successful time in motorsport which included nine Grand Prix wins and an Endurance Championship title clinched last year.

"I was the second and the last driver in the car today, and pretty happy with both stints," said the 40-year-old.

"Early in the race I had a nice little fight with the number 5 Toyota. I managed to get passed him and tried to pull away, but we didn’t have enough pace to fight the Audi.

"Then for the final stint it was pretty emotional putting my helmet on for the last time. I enjoyed the last stint and I got the chance to bring the car to the chequered flag for the top three finish, and this was the maximum we could get today."

Webber reflected on his time with Porsche but admitted he had no regrets about pulling out of the sport.

" It has been such an incredible three years for me with Porsche, together with Timo and Brendon and the whole team.

"Nothing is forever, I’m stopping at a good time and I’m looking forward to seeing everybody again soon."

Smedley takes a step back from F1

'Team spirit the best we've ever had', says Paddy Lowe 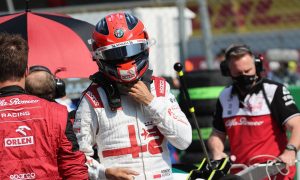