Former Red Bull Racing driver Mark Webber has said that Daniel Ricciardo will once come out on top over his team mate Max Verstappen in 2017.

Webber said that his compatriot - who succeeded him in the team in 2014 when Webber moved to World Endurance Racing - has the upper hand when it came to composure and experience.

"It will be tight, as it was at the end of last year," Webber told Autosport magazine this week.

"I think Daniel still has more composure. Obviously that experience will be very useful for him, particularly in the early part of the championship.

Webber said that Ricciardo's knowledge of a range of different Formula One cars would be an advantage doing into the new season, which boasts major changes to downforce and tyre regulations.

"It's going to be a good battle there but the composure side is a big plus for Daniel," said Webber. ""Max is still learning, with that unbelievable talent."

Webber was also confident that Red Bull could mount a big challenge to reigning constructors champions Mercedes this year. 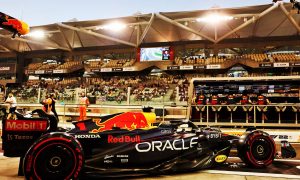