Kimi Raikkonen has urged Ferrari not to be satisfied with its qualifying performance despite pushing Mercedes close in Bahrain.

Sebastian Vettel will start from second after splitting the two Mercedes cars in qualifying, while Raikkonen lines up fourth and is well placed to challenge in the race. While Raikkonen is encouraged to be starting right on the front two rows having been behind the two Williams cars in China he says Ferrari needs to have higher targets.

“We want to be at the front all the time, it doesn’t matter if it’s qualifying or the race,” Raikkonen said. “So we cannot be happy being where we finished today, we want to go further up and fight all the time for the top spots. I think it was a positive day today, not ideal yet but a good starting point for tomorrow.”

And Raikkonen feels he could have found more lap time having not used all of the grip available on his final qualifying lap.

Asked about the chances of challenging for victory, Raikkonen says the start will be crucial to ensure he remains in the mix.

“We will find out tomorrow. Obviously it depends a lot on what happens in the first laps but at least we’re a bit further up and hopefully we’ll make a good start and go from there. But you never know what’s going to happen in the race, we have to do our best and hopefully be up there.”

Ricciardo: 'I’m going to get a rocket start'

Bottas hoping for tears between Ferrari and Mercedes 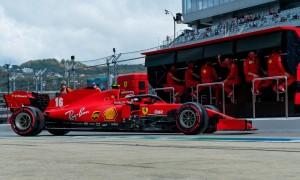 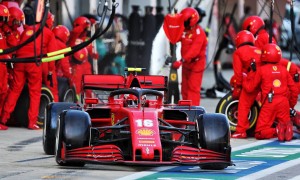