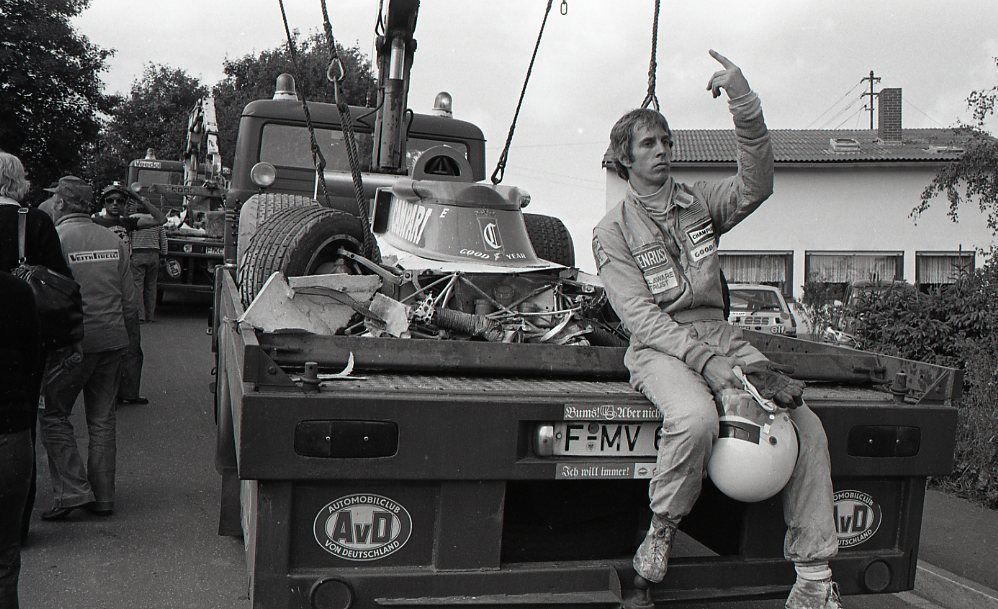 Former F1 driver Brett Lunger, who turns 77 on this day, is pictured here hitching a ride back to the paddock at the Nürburgring in 1976 along with his partly destroyed Surtees.

The shot depicts perhaps the most defining episode in Lunger's career.

In many ways, he was one of the very last of the traditional-style Formula 1 privateers, and part of a rare breed of American drivers who raced full-time in Formula 1.

But above all, Lunger - a former US Marine and Vietnal veteran - was made of the right stuff, a man who displayed bravery and courage when it mattered most.

At the German Grand Prix in 1976, he was among those who helped rescue Niki Lauda from the flaming remains of his Ferrari after the Austrian's horrendous accident.

In an instantaneous action, without a thought for his own safety, Lunger jumped atop the burning wreck, straddled the cockpit and hauled the world champion out and away from peril.

Six weeks later, after a miraculous recovery, Lauda was back in action at Monza where Lunger was presented by the Scuderia's Sporting Director, Daniele Audetto, with a special trophy in gratitude for his outstanding bravery.

Schumacher's first crown, but not his finest hour