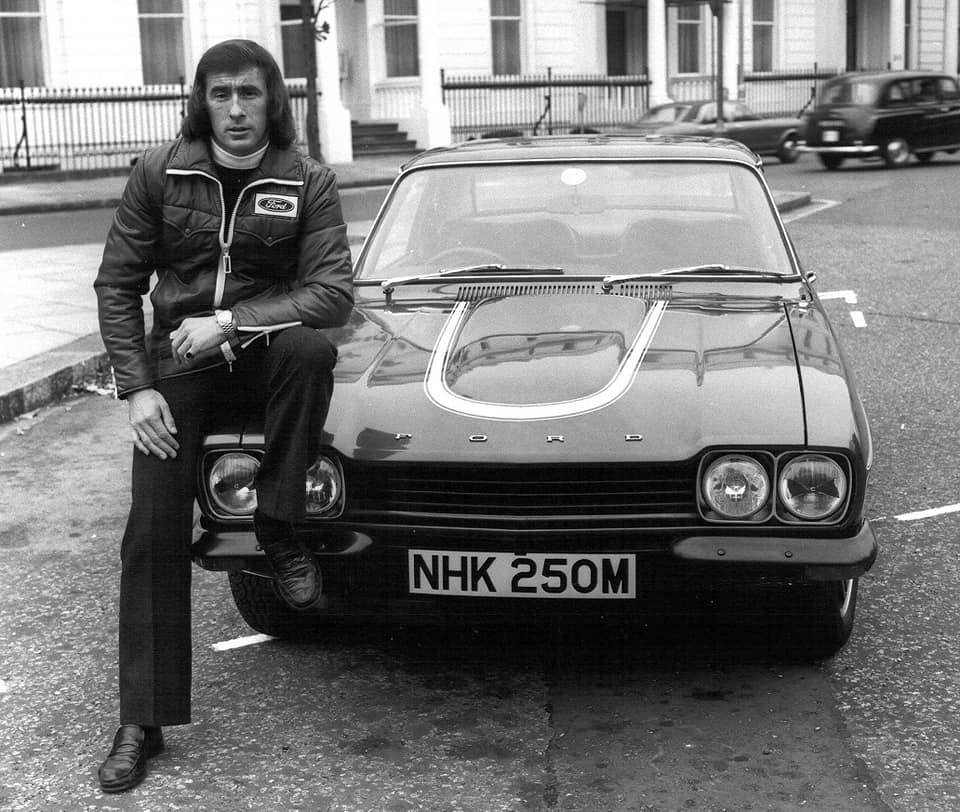 For several decades Sir Jackie Stewart and the Ford Motor Company enjoyed a mutually beneficial relationship, on the race track as well as away from the motorsport arena.

In 1973, Ford leveraged its partnership with the Tyrrell driver and two-time F1 world champion, who was the manufacturer's obvious choice when it introduced in the latter part of the year its new limited-edition Ford Capri RS 3100 which would serve as the homologated basis for the car's racing version that would compete in the over three-litre Group 2 class in 1974.

It was a stylish meeting of the cool and fast.