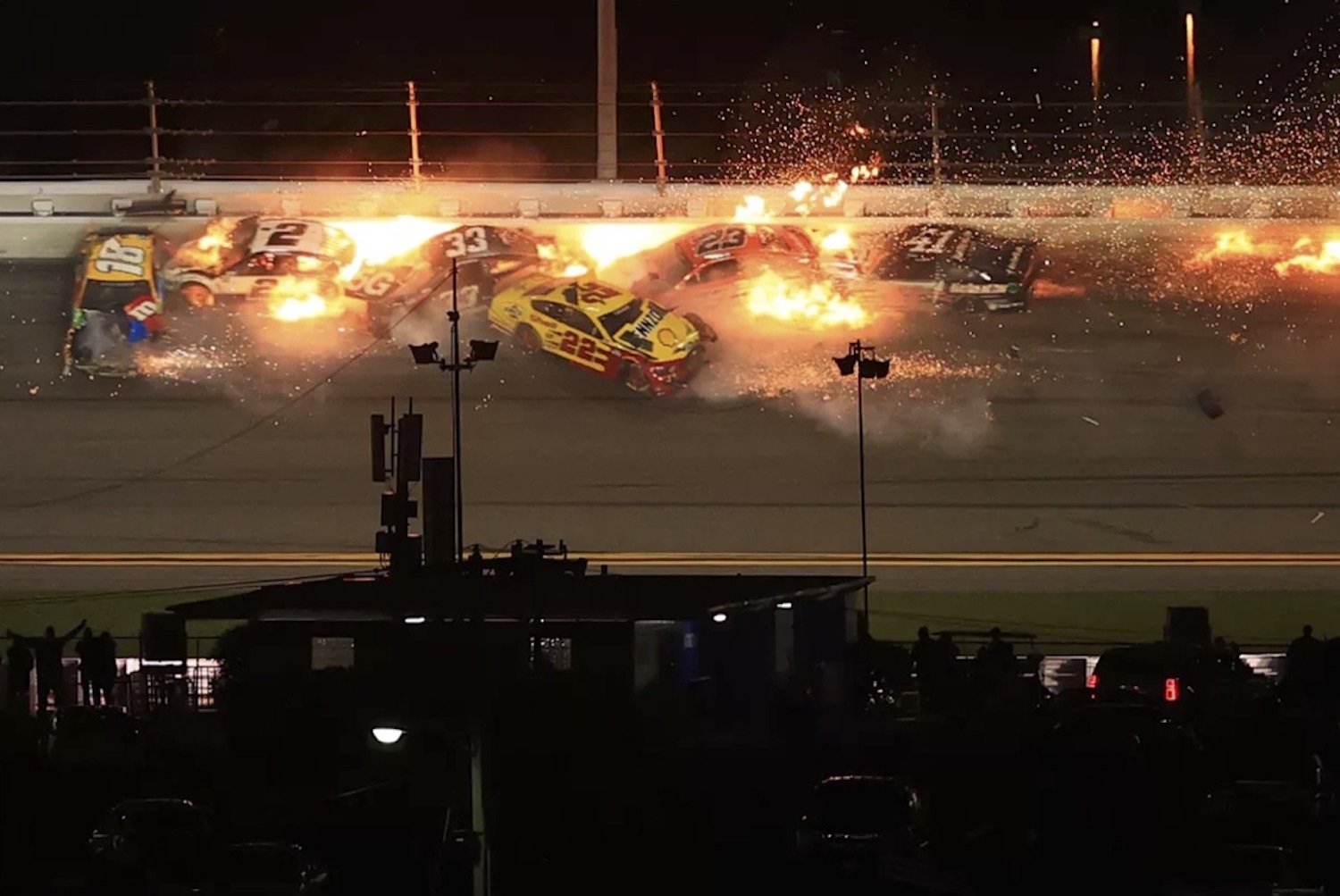 Michael McDowell broke his NASCAR Cup Series duck on Sunday while his rivals broke their cars in a fiery last lap smash-up that left two Penske teammates holding the bag.

Joey Logano and Brad Keselowski looked set for a Penske showdown as they raced past the white flash signaling the final lap of Sunday's Daytona 500 with McDowell in tow.

As the front-runners lined up for a final mad dash, McDowell nudged Keselowski into the back of Logano, which triggered a wreck between the Penske drivers and mayhem behind, with cars flying and fire erupting.

Fortunately, everyone survived to fight another day, but first time Cup Series winner McDowell made the most of the opportunity to win one of motorsport's most coveted events.

"I just can’t believe it, I’ve just got to thank God," a stunned McDowell said when the dust and scrap had settled. "So many years just grinding it out and hoping for an opportunity like this. 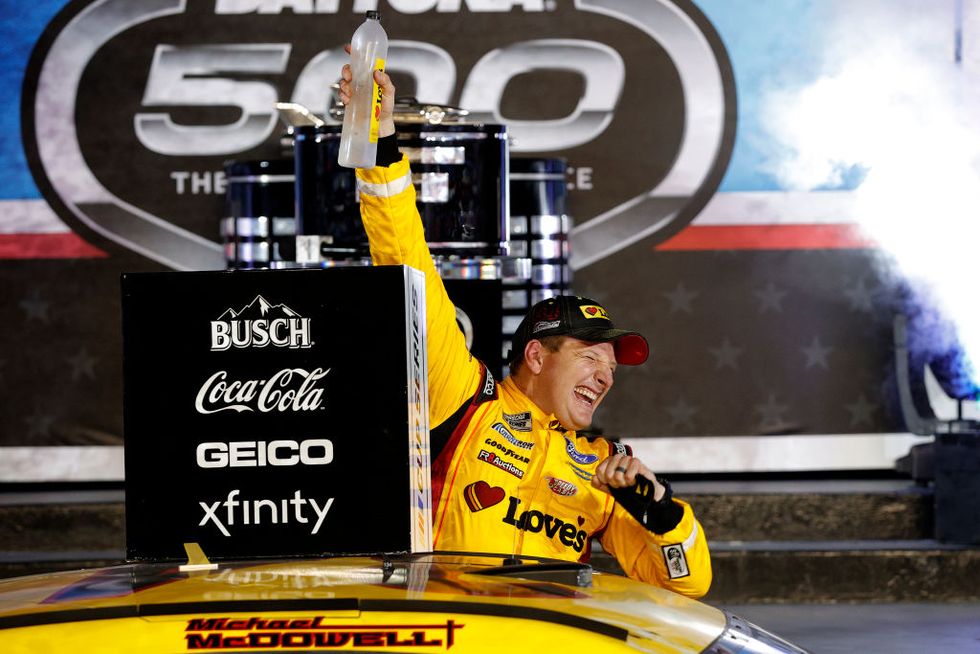 The unsuspecting combo that barnstormed the Daytona 500