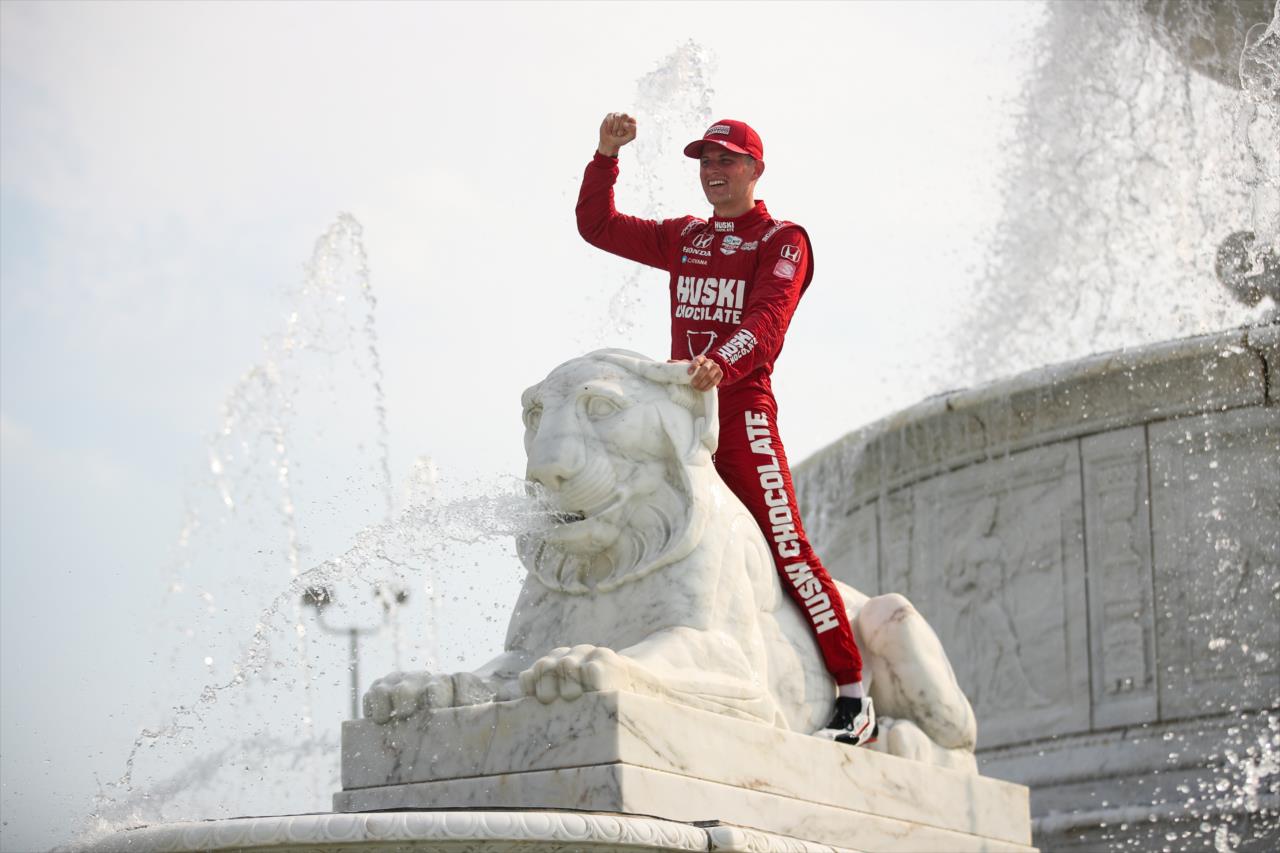 After 37 starts in IndyCar, F1 veteran Marcus Ericsson won his first race in the series, snatching an unpredictable win in the closing stages of Saturday's eventful first round at Belle Isle in Detroit.

Ericsson seized the lead on pitlane at the end of a red flag period triggered by Romain Grosjean's crash six laps from the end of the race.

As the cars head back out on track to prepare for a restart, race leader Will Power remained stranded in his pit as the Penske driver's car refused to fire up.

Second-placed man Ericsson seized the opportunity and held off rivals Rinus Veekay and Pato O'Ward on the restart as the trio engaged in a three-lap mad dash to the checkered flag. 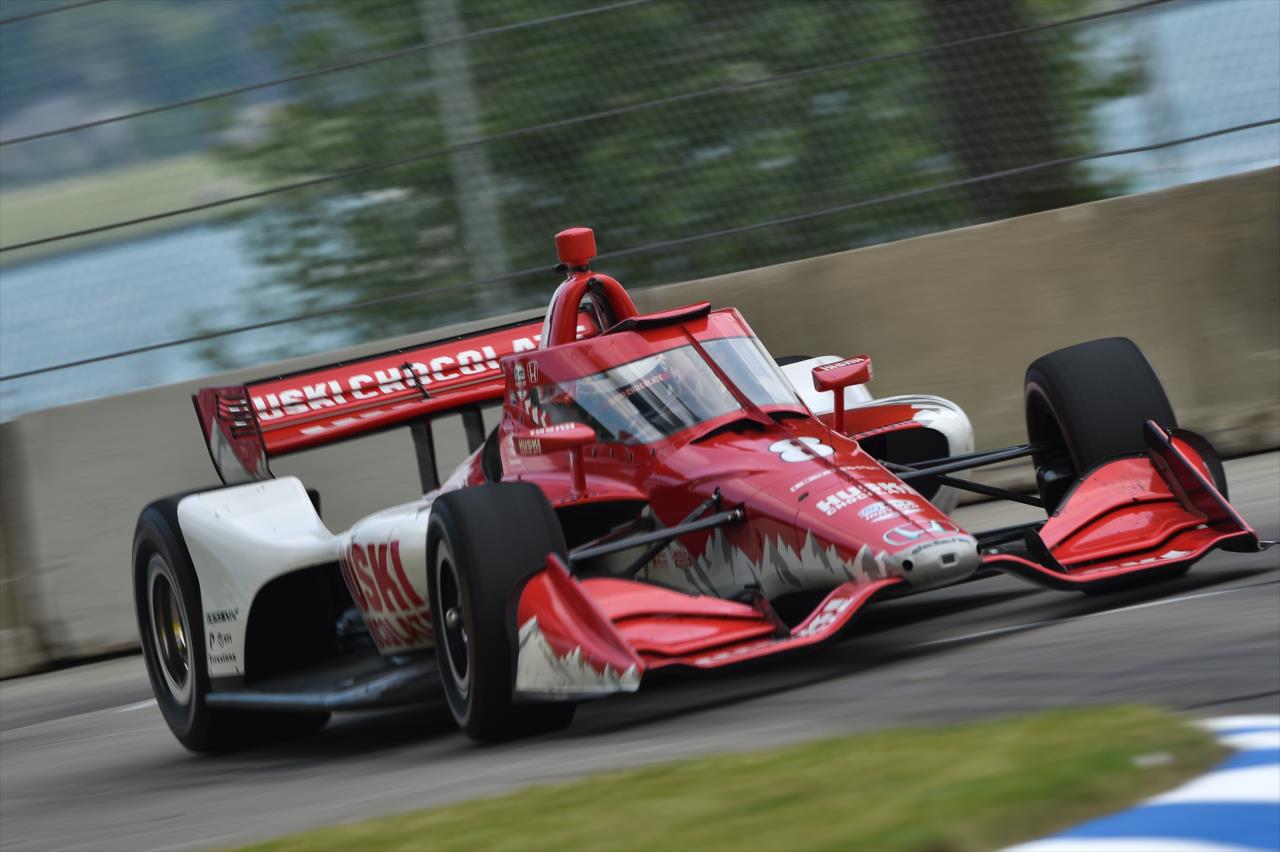 The race had been marked earlier in the day by Arrow McLaren SP driver Felix Rosenqvist's massive and worrying crash into the tyre wall and concrete barrier at Belle Isle's Turn 6.

Ericsson's countryman was extricated from the wreck and transported to hospital where he remained under observation overnight but fortunately with no major trauma to his limbs after the head-on impact.

"I felt like it was about time we had some good luck, so I'll take it," said Ericsson after his triumph.

"Just had to finish it off with clean restart and clean laps. I think I did a really good restart, then just control it till the end.

"Also Felix, I hear he's okay after that nasty crash. A good friend of mine. I'm glad to hear that and I hope that's still the case." 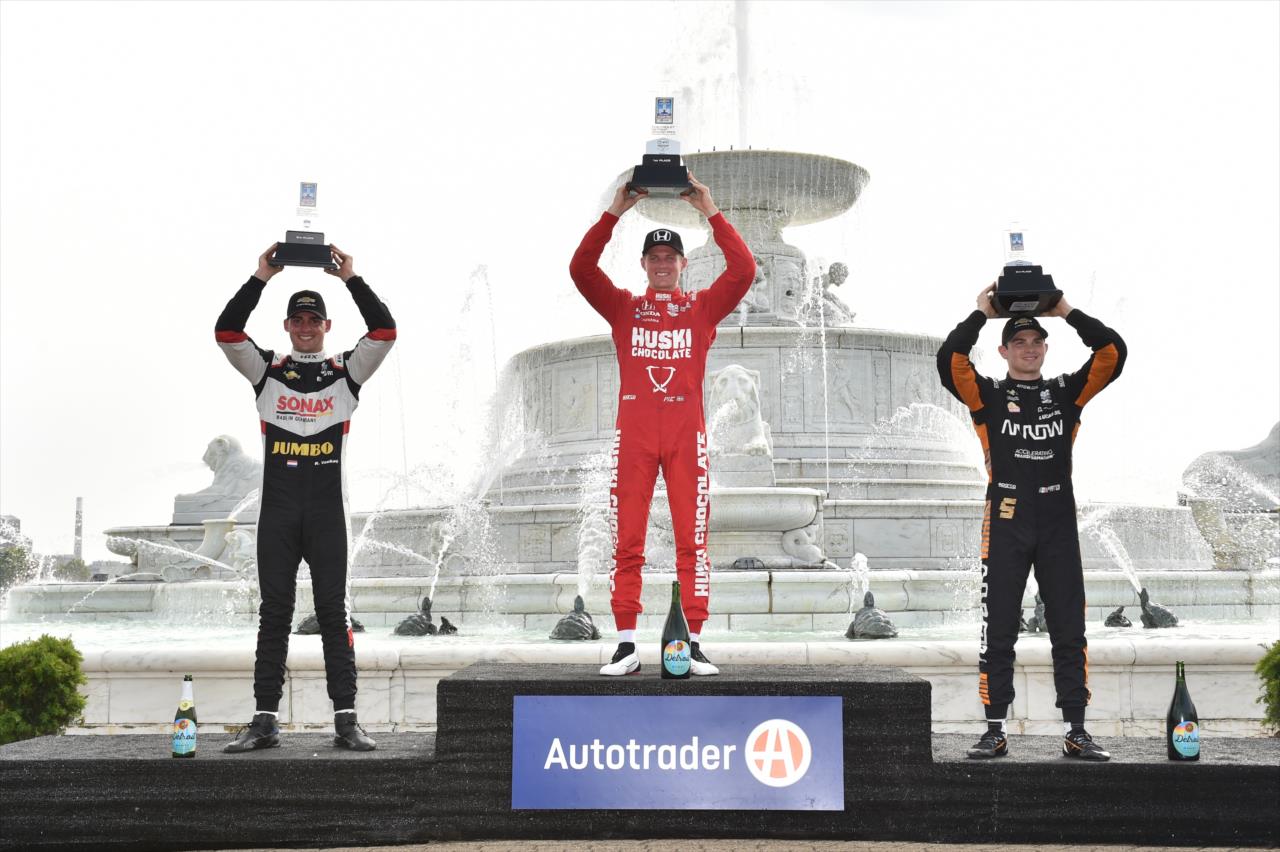 Ericsson's last race win dated all the way back to 2013 and his days racing in GP2 with DAMS.

"To be able to get everything together, to win in IndyCar, I think it's one of the toughest things you can do," he added.

"You don't only need to be fast in IndyCar: you need to do all the things right, you need to have the team behind you, the pit stop strategy, setup. It's a tough series to win in."