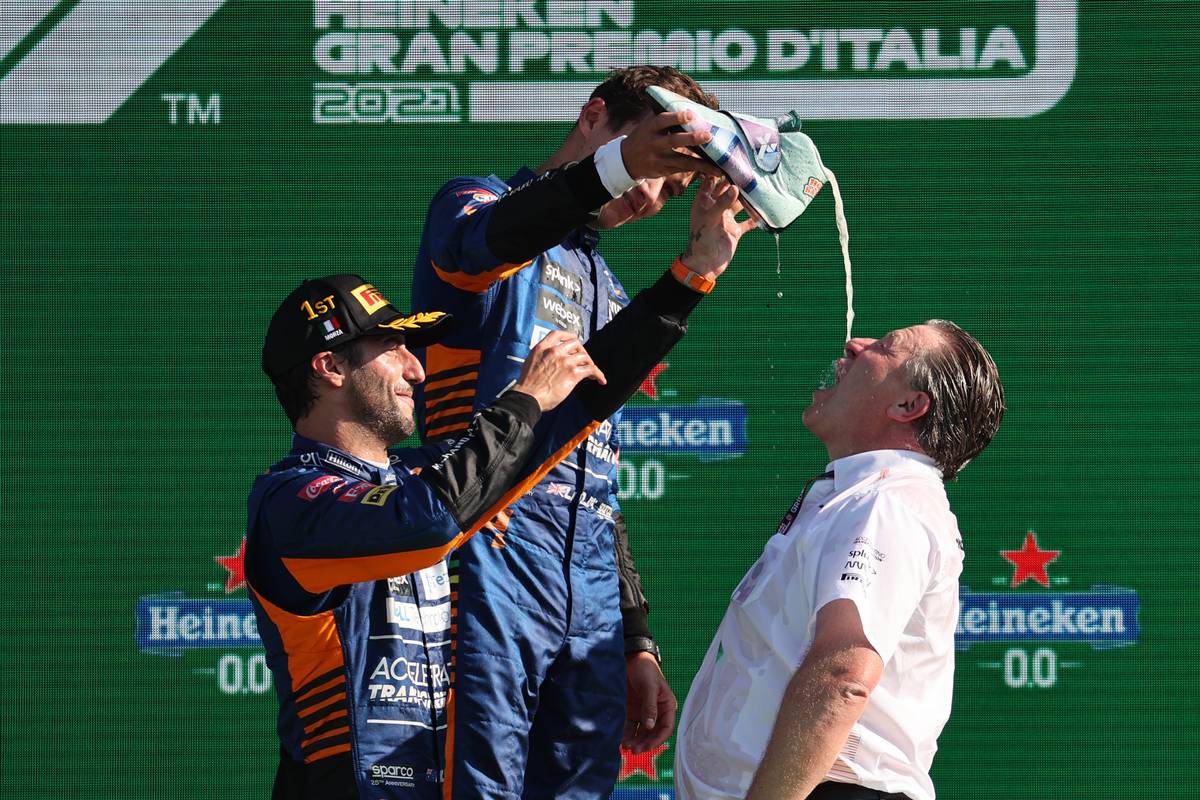 Revered by the Aussie, dreaded by others, Ricciardo's signature victory wink was naturally welcomed by McLaren boss Zak Brown, never one to shy away from a steady stream of festive bubbly.

As the chief architect of McLaren's revival, Brown's presence on the podium to collect the Constructors' trophy was well deserved.

Since taking the reins of the Woking-based outfit in 2018, Brown has worked tirelessly to restore the former luster of Formula 1's second most successful team in history behind Ferrari.

Sunday's win was a validation of the American's governance and management at the helm of McLaren Racing.

But it was also a proper moment of recognition for the talent and competence of Brown's accomplice and McLaren's chief orchestrator, team boss Andreas Seidl.

The man who blew up McLaren's perfect track record