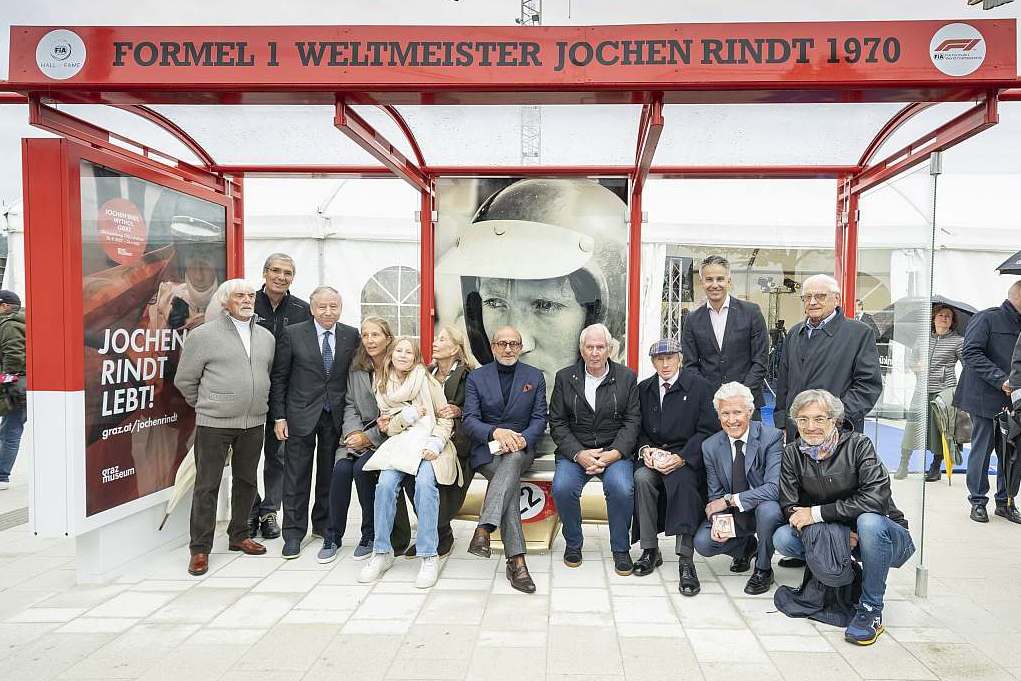 The Austrian city of Graz, the home of the late Jochen Rindt, inaugurated on Thursday a public square dedicated to the F1 legend.

The celebration brought together a distinguished group of family and friends that included, among others, Nina Rindt and her daughter Natascha, Sir Jackie Stewart, Bernie Ecclestone who looked after the great Austrian's affairs back in the day, FIA president Jean Todt and fellow Graz native Helmut Marko.

The commemorative ceremony was due to take place in 2020, 50 years after Rindt's tragic death at the Italian Grand Prix in 1970 but was postponed due to Covid until this year.

Marko paid tribute to his childhood friend, recalling how Rindt's success had paved the way for several generations of young drivers in Austria.

"We weren't welcome in friends' houses because we didn't obey the rules," joked the Red Bull motorsport boss.

"Rindt opened the gates to the world for us. Everything that came after that - Niki Lauda, Gerhard Berger or the fact that we are racing for the World Championship title with Red Bull can be traced back to Jochen Rindt."

Grosjean gets rolling at the Brickyard with Andretti

When Lauda and Ferrari reached the bitter end