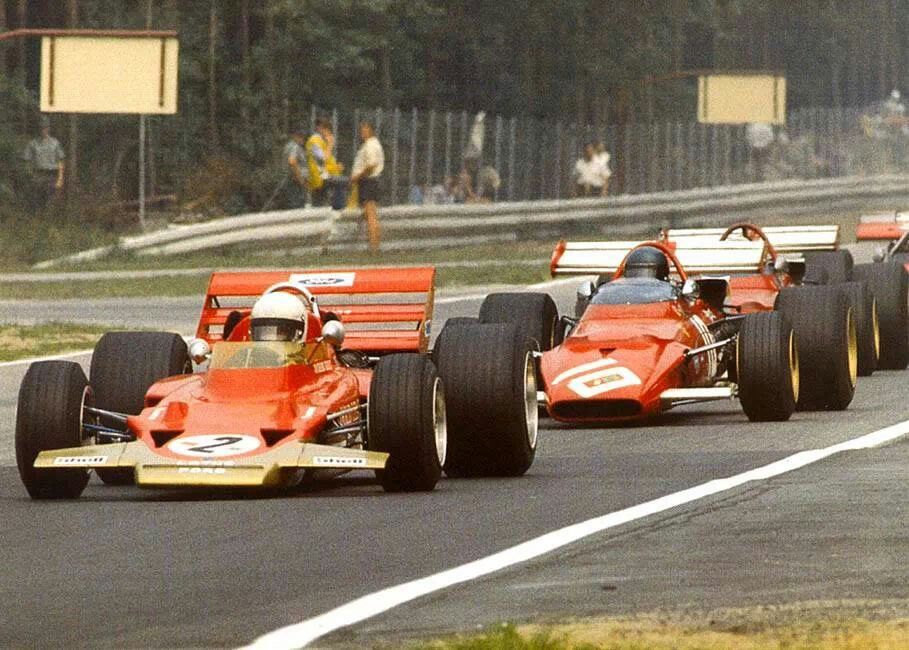 Hockenheim hosted its first F1 Grand Prix on this day in 1970, a race marked by a fierce slipstream battle between Lotus' Jochen Rindt and Ferrari's Jacky Ickx.

For fifty laps, the dueling drivers swapped the leading position among themselves, although Ickx's Scuderia teammate Clay Regazzoni managed to steal two laps in the lead from his rivals as they regrouped behind.

In the end though, and for the fourth consecutive race, Rindt, onboard Colin Chapman's innovative Cosworth-powered Lotus 72, had the last word.

Alas, it would be Rindt's last F1 win, the great Austrian losing his life two races later in qualifying at Monza.

But Rindt's points tally in the championship would nevertheless see him become the only driver to be posthumously awarded the Formula One World Drivers' Championship.